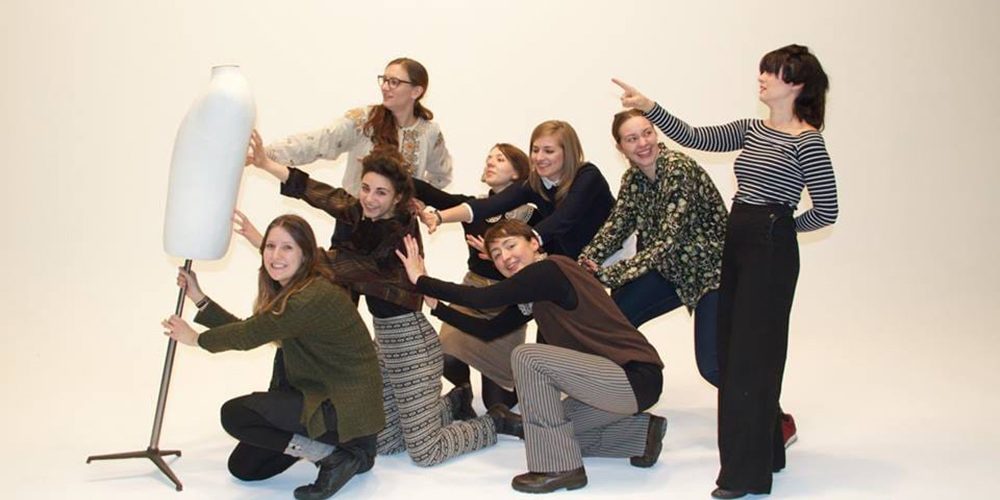 Normally I would arrive at Hampshire Street Studio at around 9am, greeted by the Studio Manager Max Yeomans and our Costume Mounter Gesa Werner, who was always the first to get there. Gesa has worked as a Textile Display Specialist on some of the biggest exhibitions of the last few years, including Savage Beauty and David Bowie Is, and trained all the project’s volunteers. Most of us would arrive between 9-9:15am, and whilst we all caught up over coffee and croissants, Gesa would chat to Rebecca Clark (our Assistant Mounter), Caitlin Albery Beavan (our Production Assistant) and Rosa Fernandez Day (our Project Manager), planning the day’s schedule and going over any notes that had arrived from Cosprop’s HQ. We would then have a quick group brief about the day’s plan, before getting to work at around 9:30am.

Typically I would begin the day by heading over to Cosprop with Max, to return photographed items and collect newly selected pieces from the in-house curator, Elizabeth Owen. Each week Elizabeth would consult with John Bright and choose around twelve new garments for the team to mount and photograph, which I would book out, securely pack and return to Hampshire Street. Once at the studio, Gesa and the team would measure each piece and match it to a suitable mannequin, but due to budget constraints, often garments had to wait until a suitable mount became available. The team, which was split into those working on last week’s items and those working on current pieces, tried to alleviate this by photographing a number of flat textiles, and Rebecca and Jon Stokes (our Photographer) alternated between the two to rotate the mannequins as quickly as possible.

Lunch would usually include some baked goodies from someone in the team, and we would all sit around chatting about the morning’s progress and anything we had been up to over the weekend. In the afternoons I would often help Jon and Rebecca prepare items for photography, which usually included lots of steaming, whilst the mounters continued with their work from the morning. New items would be measured up for the next day, and often we would all get included in fun things for social media, by Amy Smith (our Community Manager). After another successful day, we would all sit down with each other and recap on our progress, planning tasks for tomorrow and chatting about the project’s progression in general.