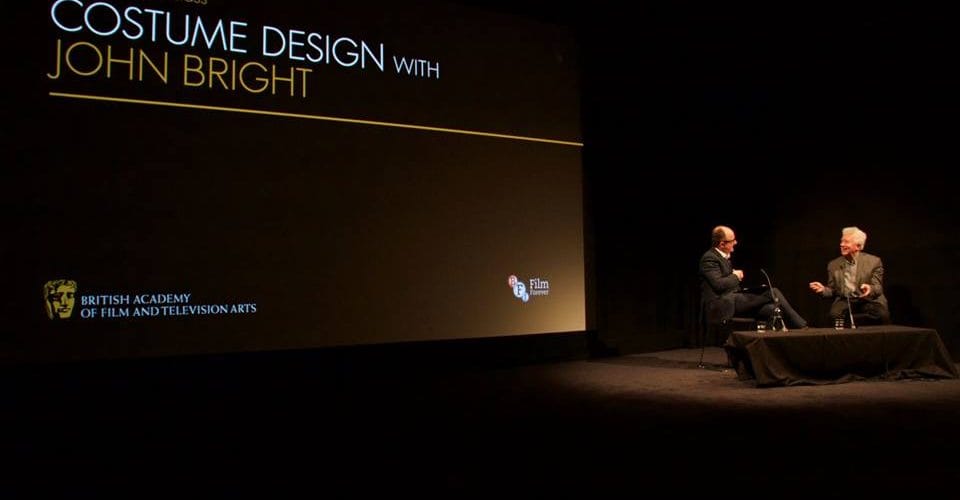 Back in November 2014 and as Heritage Lottery fund applicants, we were required to develop a public engagement plan, a number of educational activities that would help varied audiences learn about and understand the importance of the material heritage that we were aiming to share on our website.

The strong connection between John Bright’s collection of original costumes and his work as costume designer as well as that of his costume house, made us think that it would be interesting to add another dimension to this project and, instead of focusing on promoting historical costume, we should contribute to the understanding of how costume for stage and screen is produced at Cosprop using precisely the collection as a matchless resource tool.

Likewise, John Bright’s contribution to the British Film and Television industry, both as a designer and via Cosprop, had not been widely acknowledged until this project came about, and very few people knew that the collection had helped inform his career and a reputation for quality and authenticity.

Thanks to the British Film Institute’s support and interest in becoming our partners on this enterprise, we were able to carry out a number of events and an exhibition that brought the ‘behind-the-scenes’ of Cosprop to the front line, with a focus on John Bright’s work, and the collaborative efforts of the period costume designer, makers and other specialists within the setting of the costume house.

In August 2015, John was invited to host the screening of A Room with a View at the British Museum, together with actress Helena Bonham-Carter, who played the young Lucy Honeychurch in the 1985 Merchant Ivory adaptation of Forster’s novel. With this outdoor event, the BFI was opening its autumn ‘LOVE’ season, a very lucky coincidence as this was the film for which John Bright and Jenny Beavan had received an Academy Award in 1987 for Best Costume Design. Some of the garments, accessories and fabrics used in the film were original pieces that had been acquired by John through the years, showing that the boundaries between collection and stock were slightly blurred in the early days of Cosprop.

This was only the beginning of a six months partnership that included an exhibition at the BFI Southbank organised by curators Claire Smith and Nathalie Morris, a BAFTA Masterclass with John Bright and a study day titled ‘In Love with Costume’ that joined together film-costume scholars and practitioners.