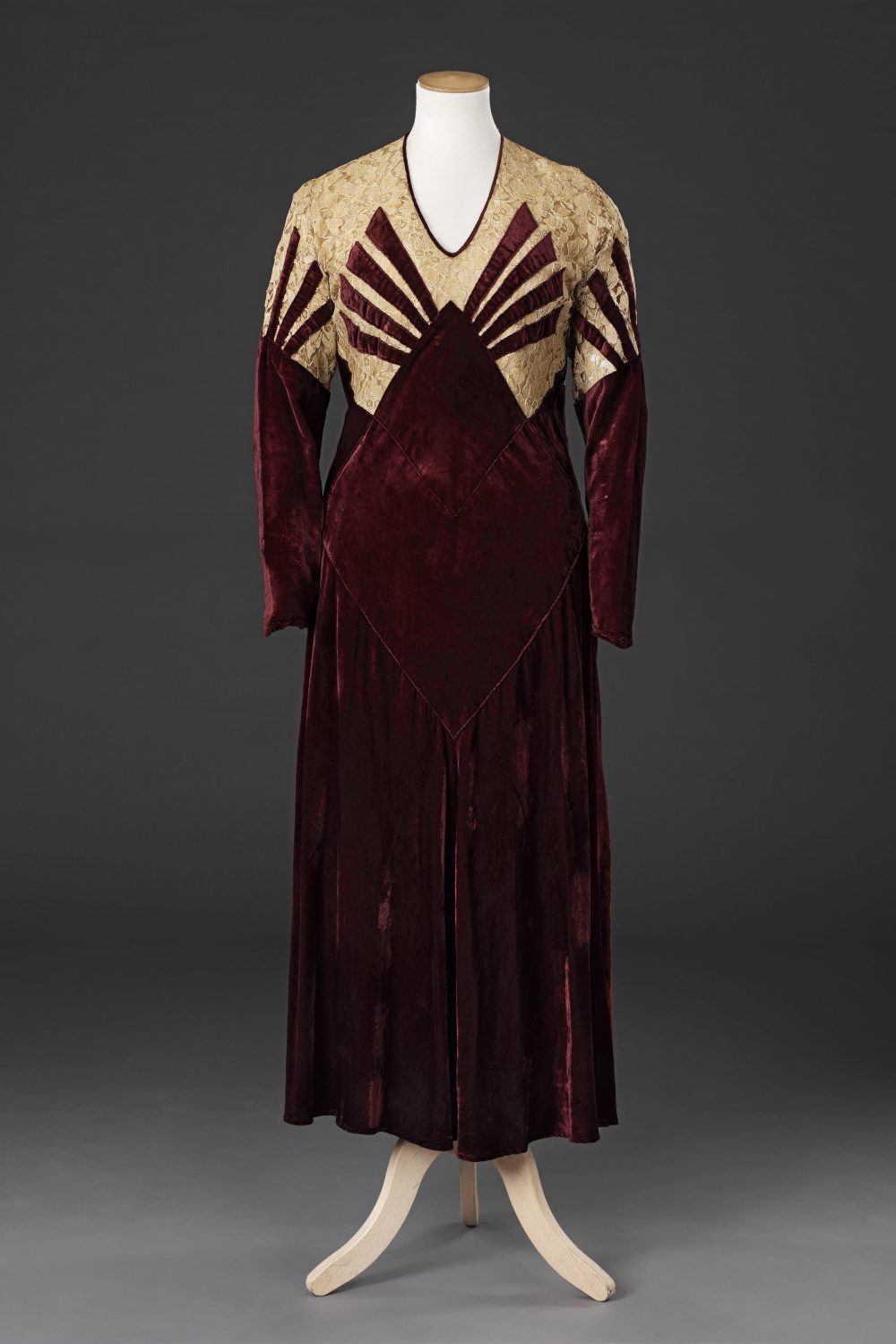 This dress is made from very dark reddish-purple cotton velvet and beige cotton lace fabric. Its skirt has been cut on the cross-grain of the velvet with numerous diagonal seams creating a geometric design, and giving it an elasticity that dispenses with the need for openings and fastenings. This method of construction had been pioneered by French couturière Madeleine Vionnet in the previous decade and had become widespread by the early 1930s.

On the bodice front and the tops of the sleeves bands of velvet have been stitched down over the lace to form a striking variation of the Art Deco ‘starburst’ motif, a stylised semi-circular sun from which radiate beams or rays. In this case the front has been modified to incorporate the point of the bias-cut panel in place of the semi-circle of the sun. Although not commonly seen on clothing, the decorative sunburst motif was one of the most widely used decorative features of the time, appearing on both interiors and exteriors of buildings, and upon furniture, lighting and graphics. Today it is probably most commonly associated with stained glass front door and window lights on countless interwar suburban houses.