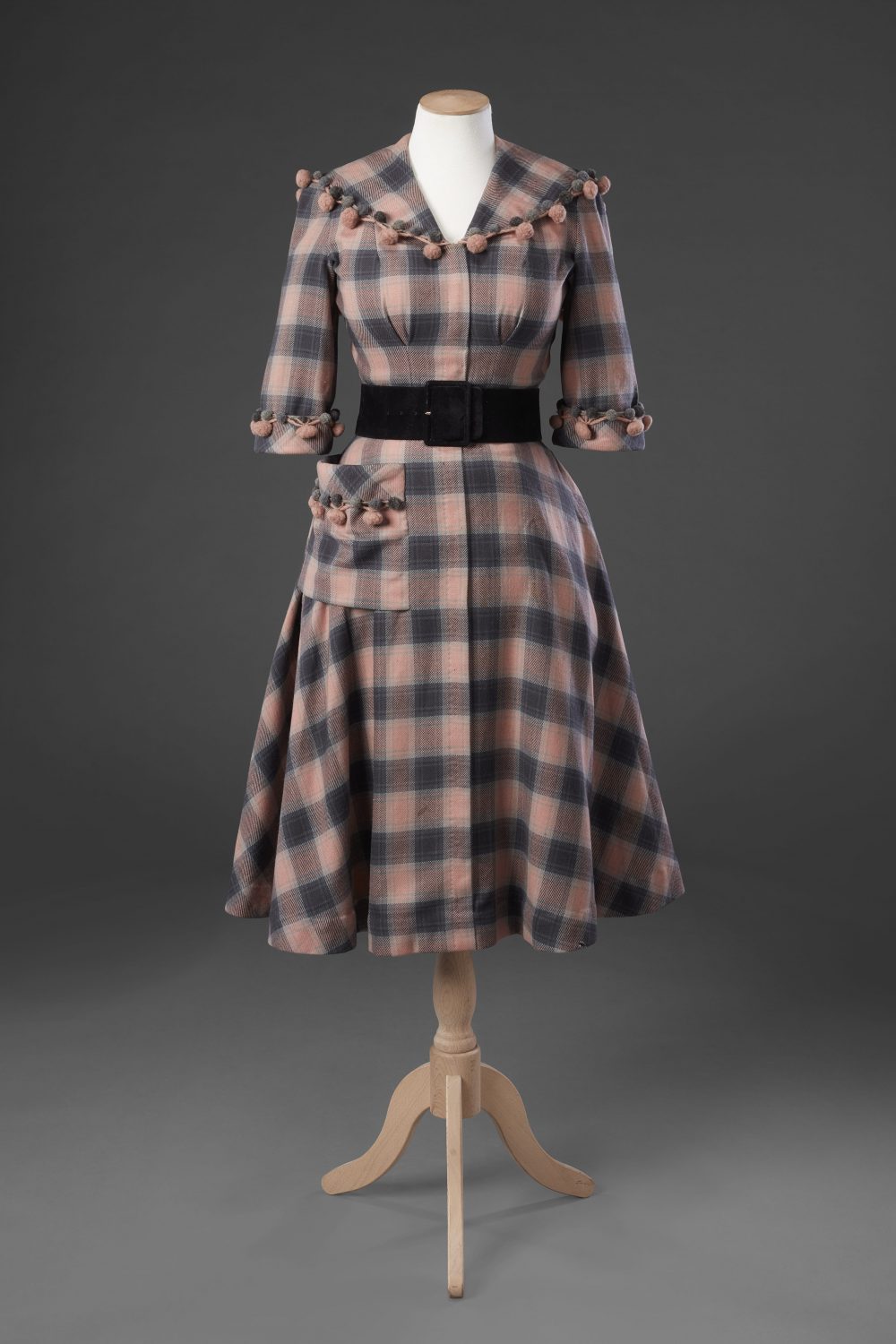 The South African born couturier Victor Stiebel opened his business in 1932 after training at the court dressmaker Reville, and soon attracted celebrated and aristocratic clients. In the 1940s he joined forces with the textile and fashion company Jacqmar (see Related Item) to become ‘Victor Stiebel at Jacqmar’ and was appointed its fashion director after the war.

This dress belonged to the donor’s mother Elizabeth Woollcombe, who married John Woollcombe in 1940 when he was serving in the Royal Navy on a minesweeper. Both Mrs Woollcombe’s father and father-in-law had served in the Royal Navy, and perhaps the dress’s jaunty bobble-edged sailor collar appealed to her because of her family’s nautical connections. Her daughter believes that the dress had special significance for her mother as she kept it for the rest of her life. Constructed, largely by hand, one of the chalky-hued plaid wools characteristic of the turn of the decade that has been carefully matched allover, the dress is unlined and has pads to define the shoulders, without the exaggerated look of the earlier 1940s. The bobble-trimmed ‘pocket’ is not functional, being open at its base, instead serving to anchor the fullness of the right side of the flared skirt into gathers, creating an unusual and distinctive feature. 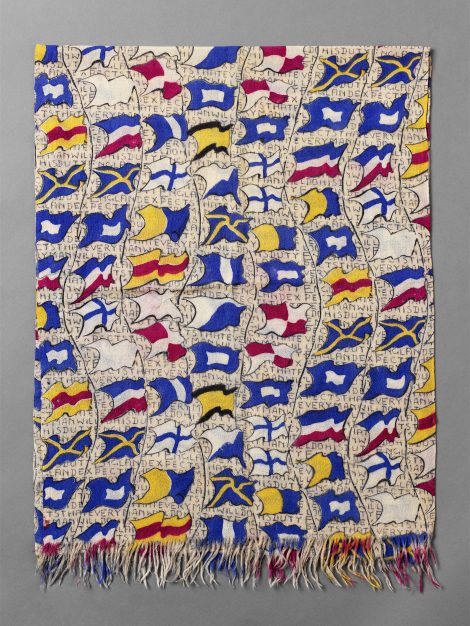 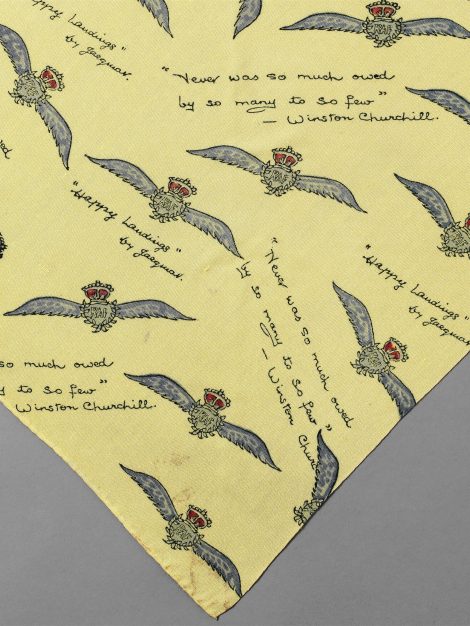