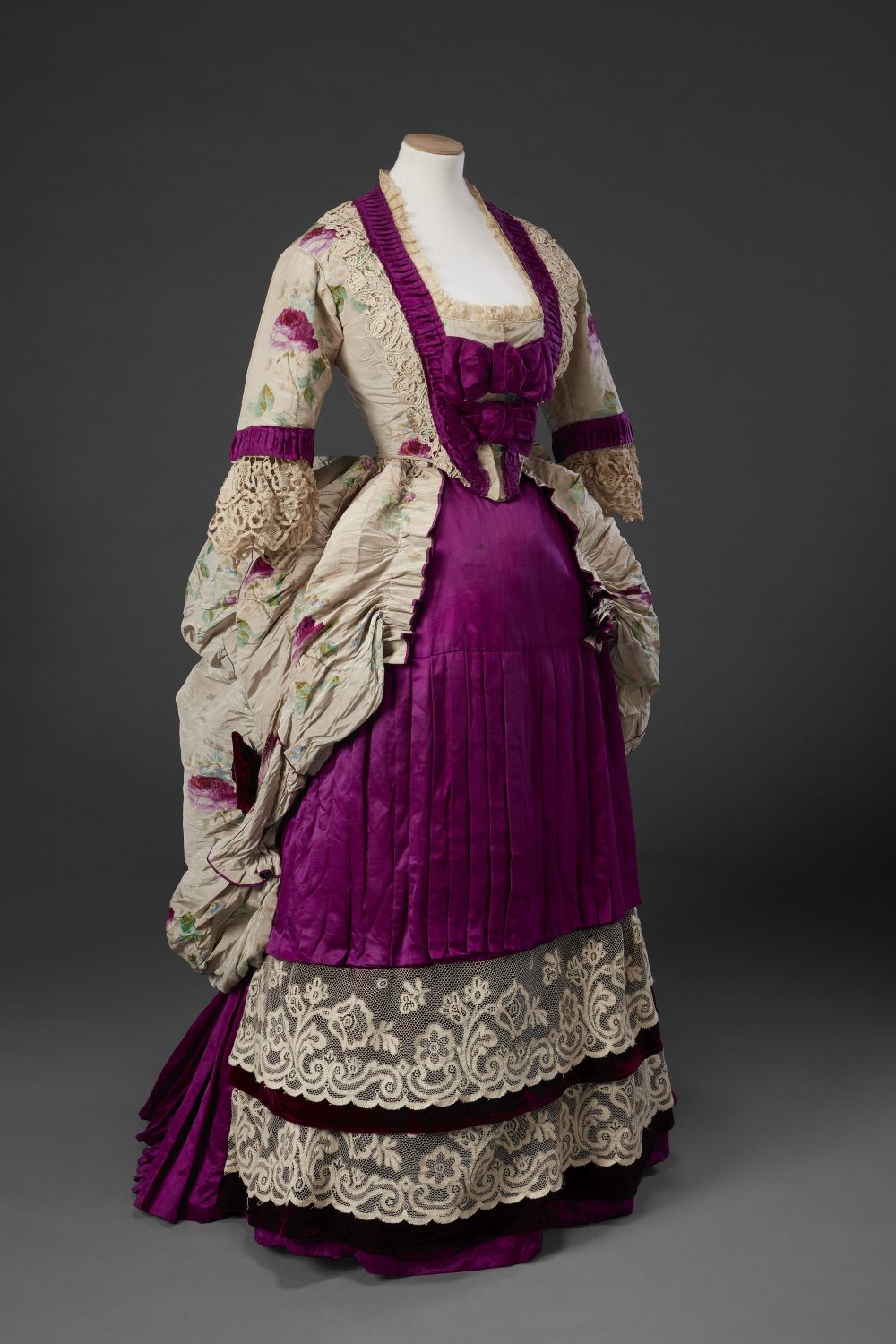 Silk, trimmed with velvet and lace

The design of this dress owes much to the ‘Dolly Varden’ look, a craze of the early 1870s named after a character in Charles Dickens’ 1841 novel Barnaby Rudge, set in 1780. The style was based on colourful, flower patterned interpretations of gowns of the 1770s and 1780s with skirts looped up into puffs to reveal their underskirts, or petticoats as they were then known (see an example here: findit.library.yale.edu/catalog/digcoll:553707 ). 18th Century characteristics evident in this dress include the mock front opening covered by large bows and bordered with ruched ‘robings’, the elbow length sleeves with lace ruffles, the puffed overskirt, and the broad flounces across the underskirt. Distinctly of the 1870s, however, is the intense deep mauve colour of the satin, one of the synthetic dyes that had been developed since the late 1850s and enthusiastically taken up in mainstream fashion. Dolly Varden dresses were typically made from floral printed cotton; this example has used a more formal, luxurious and expensive silk warp-printed with roses and daisies – a type of fabric highly favoured during the second half of the 18th Century (see www.metmuseum.org/art/collection/search/84579, www.metmuseum.org/art/collection/search/82638).

The Dolly Varden look was completed with broad brimmed, low crowned hats, often of straw, that alluded to the ‘bergère’ hats of the previous century.