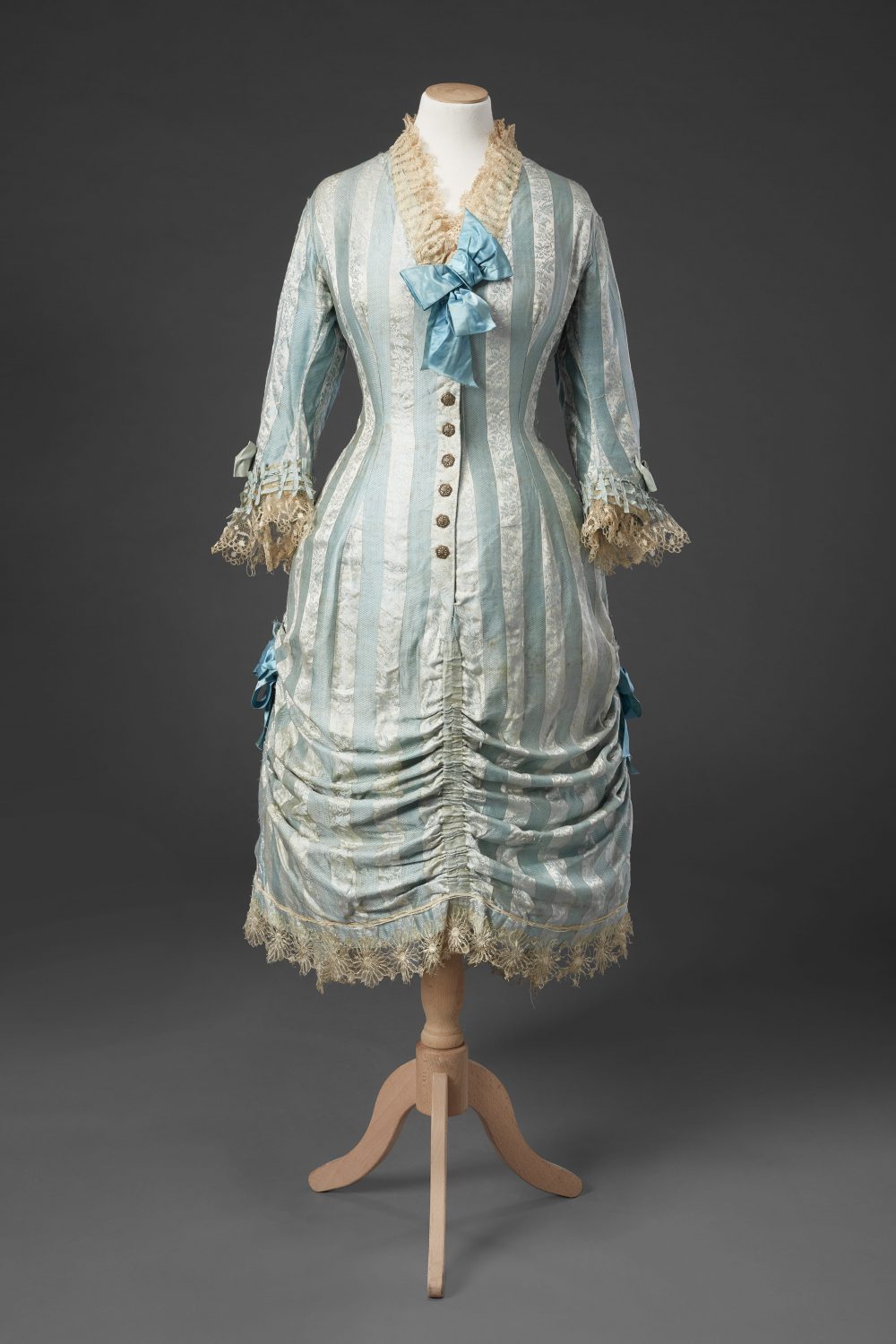 This overdress is part of a small group of dresses, mainly dating from the 1870s, originally belonging to antique collector and dealer Roger Warner, father of Deborah Warner, the theatre and opera director. Warner, who owned an antiques shop in the Oxfordshire town of Burford took advantage of the low value placed upon historic textiles and garments, seen as unfashionable and commonplace, in the years before and after the Second World War, when the contents of many country houses were being dispersed at auction. Through these house sales he was able to acquire a large and varied number of 17th, 18th and 19th Century dress and furnishing textiles, many of which he subsequently donated to Temple Newson House in Leeds.

The overdress’s fashionable line, the quality of its silk, woven with vertical bands of delicate flowers, its trimming of blond lace, intricately pieced ribbon at the cuffs, and decorative metal buttons point to its wearer coming from an affluent family living in a country house, the contents of which were auctioned in the 20th Century. The striped silk accentuates its long line, following the shape of the corseted body down without a waist seam in the contemporary mode, its centre back panel foreshadowing the return of the bustle in the coming years. It is likely to have been worn with a matching skirt that was pleated around the hem.