This coat by Paul Poiret came into the John Bright Collection in the 1970s, and was believed to have belonged to Grace, Marchioness Curzon of Kedleston, the rich American second wife of the former Viceroy of India, George Curzon. She was the sister in law of Margaret Waller, née Curzon, whose wedding dress of 1899 and other items from her wardrobe are also now in our collection. (See Related Items). Lady Curzon bought many of her clothes in Paris, from, amongst others, the couturières Chanel, Vionnet and Callot Sœurs, some of which were given by her family to Derby Museum and Art Gallery after her death.

In 1921, the Seeberger Brothers, photographers who specialised in recording well-dressed women at society events, photographed the same model of coat worn by one of ‘Poiret’s loyal customers’ (see ‘A Fashion Parade, The Seeberger Collection, Celestine Dars, London 1979, p.38). Their image shows that this coat was trimmed with a deep double silk fringe running diagonally across the front. At some point in its life this fringing was removed from our coat, leaving a deep indentation across the front and back where it was once attached.

Paul Poiret was undoubtably one of the most radical couturiers of the early years of the 20th Century, helping to free women from the strictures of a fashionable line dependant on a tightly laced corset. Many of his early designs were based upon the high waisted tubular silhouette of the early years of the 19th Century. He was also instrumental in translating the strong colours and oriental influences already apparent in the visual arts, and seen in Paris in the productions of the Ballets Russes, into his designs for extravagant parties, the theatre, and high fashion. The loose, unstructured cut of Middle and Far Eastern clothes provided inspiration for such garments as turbans, harem trousers and evening coats. Without in any way being a close translation, this coat is redolent of Japanese kimonos and Chinese robes with its wrapover front, sash belt, loose sleeves and large cuffs; its silk fabric has an allover quilted effect to its weave, and is scattered with pale coloured medallions in lustrous thread. 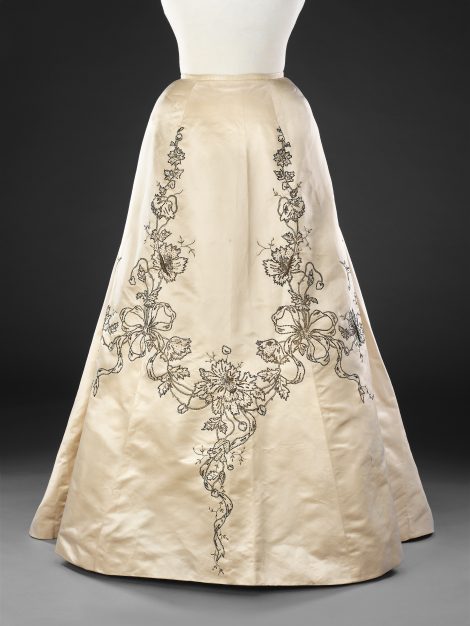 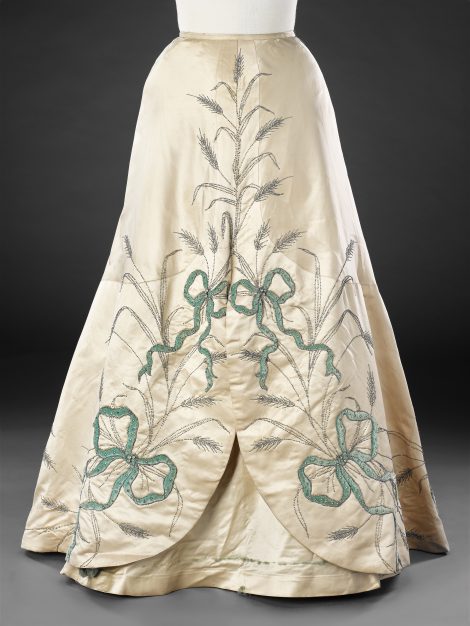