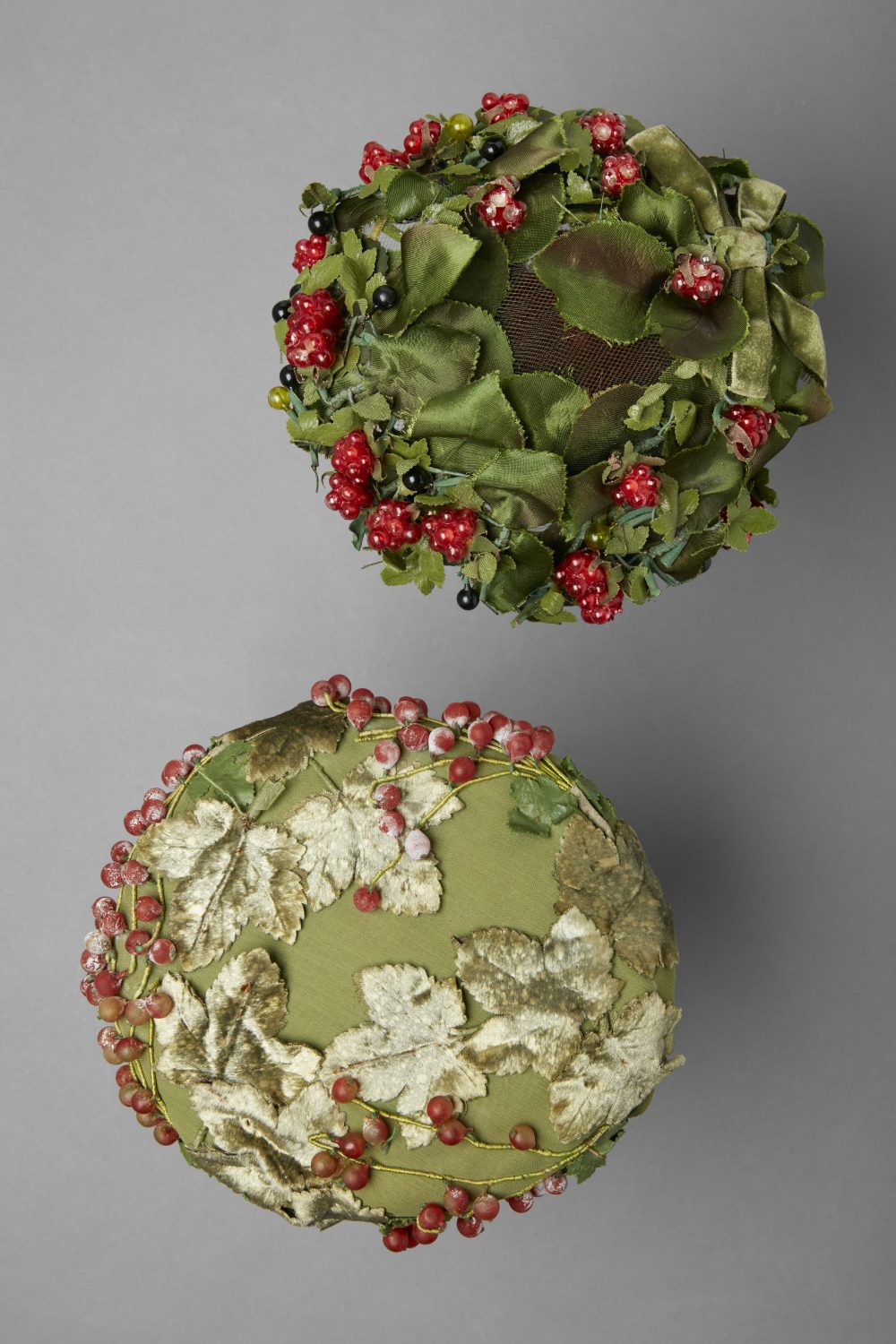 Shallow, brimless, symmetrical shapes sitting squarely on top of, or lightly hugging, neat short hairstyles dominated headwear in the first half of the 1950s. The often quirky, asymmetrical hats of the 1930s and 1940s, worn slanting downwards to the right, along with those of more practical character, were succeeded by pillboxes, curved saddle shapes, and, in contrast, broad picture hats that, in some examples, appeared to consist of nothing but a brim. (See Related Item)

The image shows two examples photographed from above, their simple circular tops merely a base for exuberant arrangements of berries and foliage that seem to celebrate the occasions for which they were worn; their profiles can be seen in Additional Images. The lower hat, originally purchased from the erstwhile Regent Street department store, Dickins and Jones, is a pillbox shape covered in green chiffon, upon which rest panne velvet leaves that have been given a slightly speckled appearance to indicate their late summer condition before taking on autumnal hues; sprays of frosted berries run around the sides. The upper hat is slightly more curved and head-hugging; on a base covered in green tulle a circlet of leaves is scattered with bunches of red berries and single blackcurrants. The shapes of the leaves form a scalloped lower border with a green velvet bow at the centre back. It was acquired from Miller & Rhoads, the well-known department store in Richmond, Virginia, where it was de rigueur for local ladies to have their hats custom made in the store’s Amethyst Room, presided over by its innovative designer Sara Sue from around 1930 to 1972.