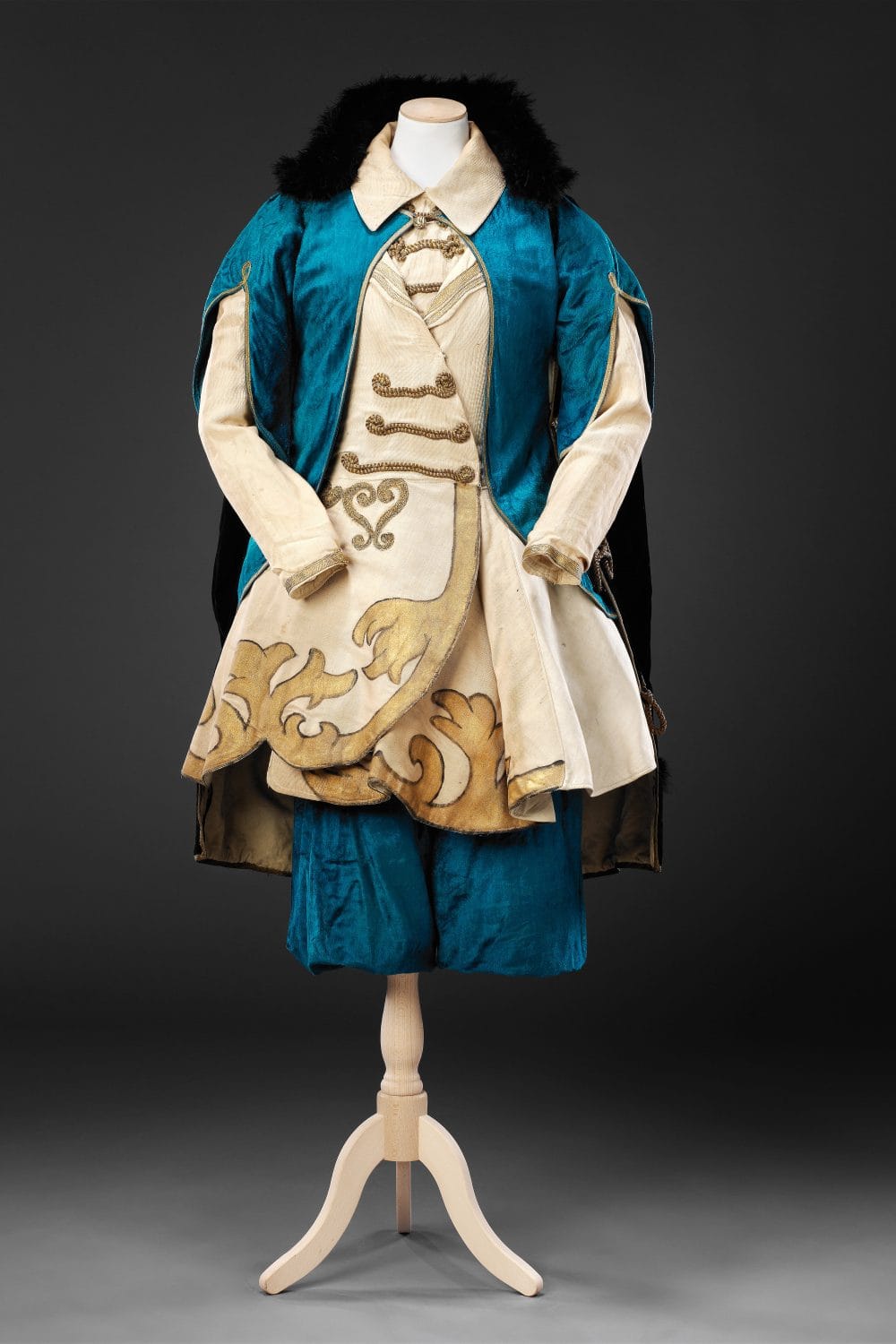 The Ballets Russes Company, under the direction of impresario Serge Diaghilev, had a major impact on the nature of ballet in the western world from the early years of the 20th Century. Employing the most talented and creative dancers, choreographers, designers and composers, the company created spectacles of sound, colour and movement, often with an oriental or folk tale theme, that they toured throughout Europe and America.

In 1921 Diaghilev mounted ‘The Sleeping Princess’ based on the Russian Mariinsky Theatre’s ballet ‘The Sleeping Beauty’ of 1890, with Tchaikovsky’s music and Marius Petipa’s choreography, slightly adapted, and new costumes and sets by Léon Bakst. It opened on November 2nd, 1921 at the Alhambra Theatre in London with the intention of a long run; however, it was not a success and closed after a hundred and fourteen performances, having had insufficient audiences to cover the expenses of numerous costumes and ambitious sets. The costumes were impounded to cover Diaghilev’s debts to the theatre, and went into storage.

The John Bright Collection now owns two of these costumes, a dress worn by a village maiden in the first act of the ballet (see Related Item), and a man’s outfit from the final scene set in the 18th Century after Princess Aurora has been woken by her prince from a hundred years of sleep. In celebration, a troupe of twelve pairs of dancers performed a Polish folk dance known as a marzurka. This costume, loosely based on traditional dress, comprises a cream ribbed cotton and sateen tunic trimmed with gold braid and cord frogging and painted with gold scrollwork, beneath a short sleeved, blue-green plush jacket, an attached black velvet cloak with hanging sleeves trimmed with feathers, gold cord and braid, lined in white velvet painted to look like ermine, and full sateen and plush breeches. Bakst’s original design shows it accessorised with a plumed golden helmet and high blue-green boots with gold heels (see http://collections.vam.ac.uk/item/O1154334/h-beard-print-collection-print-bakst-leon/ ).

Several dancers’ names are handwritten in the lining of these garments; it was common practice in the various manifestations of the Ballets Russes Company to reuse costumes from earlier productions. Diaghilev had reworked the last act of The Sleeping Princess into Aurora’s Wedding shortly after its demise in 1921; the Mazurka Men’s costumes, minus their high heeled boots, can be seen in photographs of this shortened ballet performed during the Ballets Russes de Monte Carlo’s 1936-37 tour of Australia (see images in The Home February 1st, 1937: nla.gov.au/nla.obj-384910090/view?partId=nla.obj-384967522#page/n39/mode/1up). It is also evident from the names handwritten in the linings of the costumes that their components were either interchangeable between the dancers, or were wrongly put together when they were sold later. The breeches of our Mazurka costume are marked ‘UNGER’ (Serge Unger danced in the 1936-7 Australian tour); his Mazurka tunic was sold in the Sotheby’s auction of the Castle Howard Collection of December 1995, as lot 59, having originally been bought in the sale of Diaghilev and De Basil Ballets costume on the 17th July 1968. Its present location is unknown.