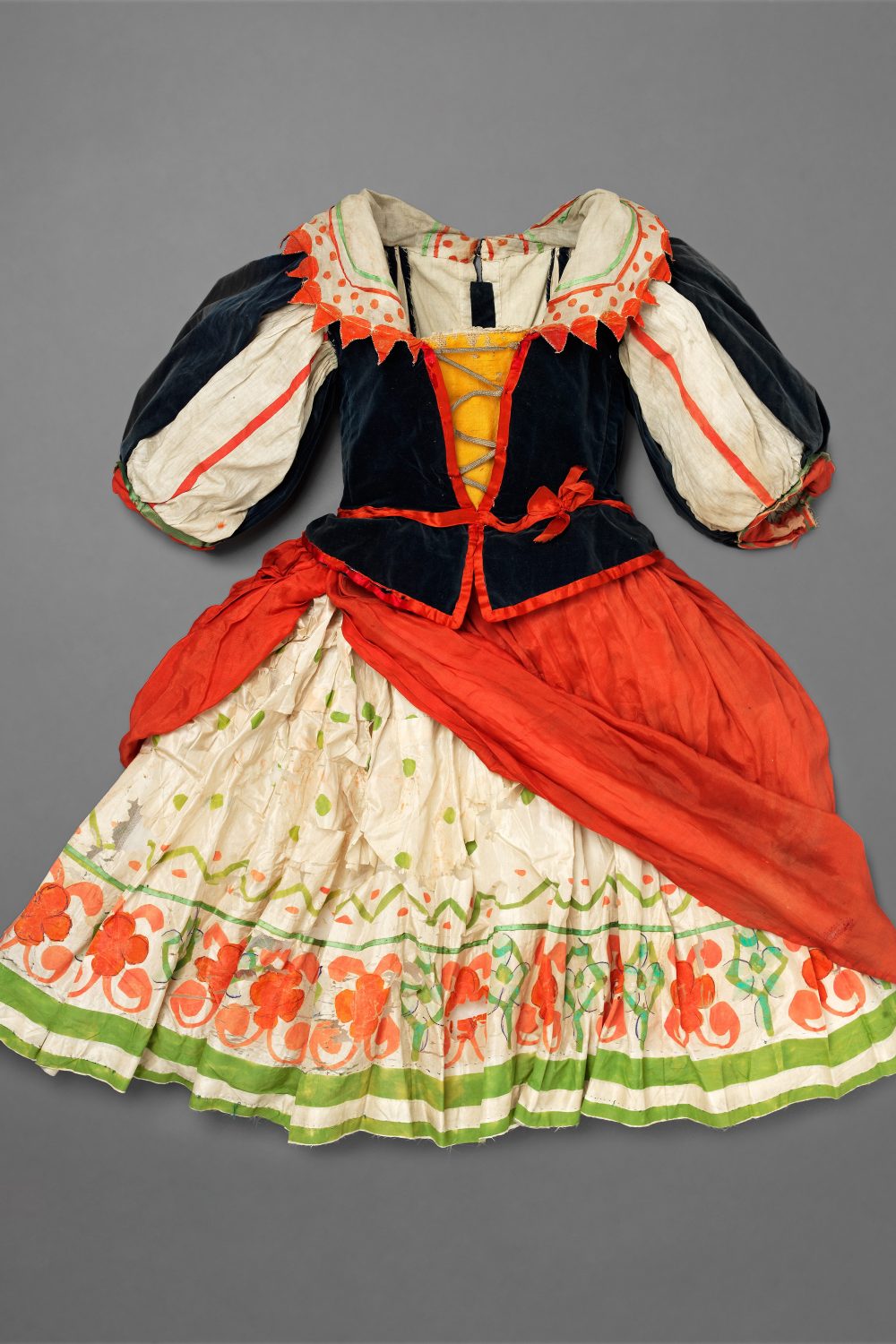 The Ballets Russes Company, under the direction of impresario Serge Diaghilev, had a major impact on the nature of ballet in the western world from the early years of the 20th Century. Employing the most talented and creative dancers, choreographers, designers and composers, the company created spectacles of sound, colour and movement, often with an oriental or folk tale theme, that they toured throughout Europe and America.

In 1921 Diaghilev mounted ‘The Sleeping Princess’ based on the Russian Mariinsky Theatre’s ballet ‘The Sleeping Beauty’ of 1890, with Tchaikovsky’s music and Marius Petipa’s choreography, slightly adapted, and new costumes and sets by Léon Bakst. It opened on November 2nd, 1921 at the Alhambra Theatre in London with the intention of a long run; however, it was not a success and closed after a hundred and fourteen performances, having had insufficient audiences to cover the expenses of numerous costumes and ambitious sets. The costumes were impounded to cover Diaghilev’s debts to the theatre, and went into storage.

The John Bright Collection owns two of these costumes, a costume for a Mazurka Man (see Related Item) and this dress worn by a Village Maiden performing a garland dance at the celebrations of Princess Aurora’s sixteenth birthday in Act I, Scene II, which had a predominantly red and green colour scheme. With its laced bodice and short floral-patterned skirt, it owes a clear debt to folk dress, but, at the same time, its wide, square neckline, large collar, full elbow length slashed sleeves, peplum simulating tabs, and the skirt drawn up and back to reveal an underskirt, place it stylistically in the middle years of the 17th Century, before Princess Aurora falls asleep for a hundred years. The dress is too fragile to be mounted, and the taffeta skirt, hand painted in a free style typical of Ballets Russes costumes, is particularly deteriorated, and has been inexpertly mended at some point before it entered the collection.

Many of the costumes from ‘The Sleeping Princess’ were sold by the Diaghilev and de Basil Foundation at a major Sotheby’s auction on July 17th, 1968, and were dispersed to museum and private collections around the world. The Victoria and Albert Museum in London now owns a number of identical Village Maiden costumes.