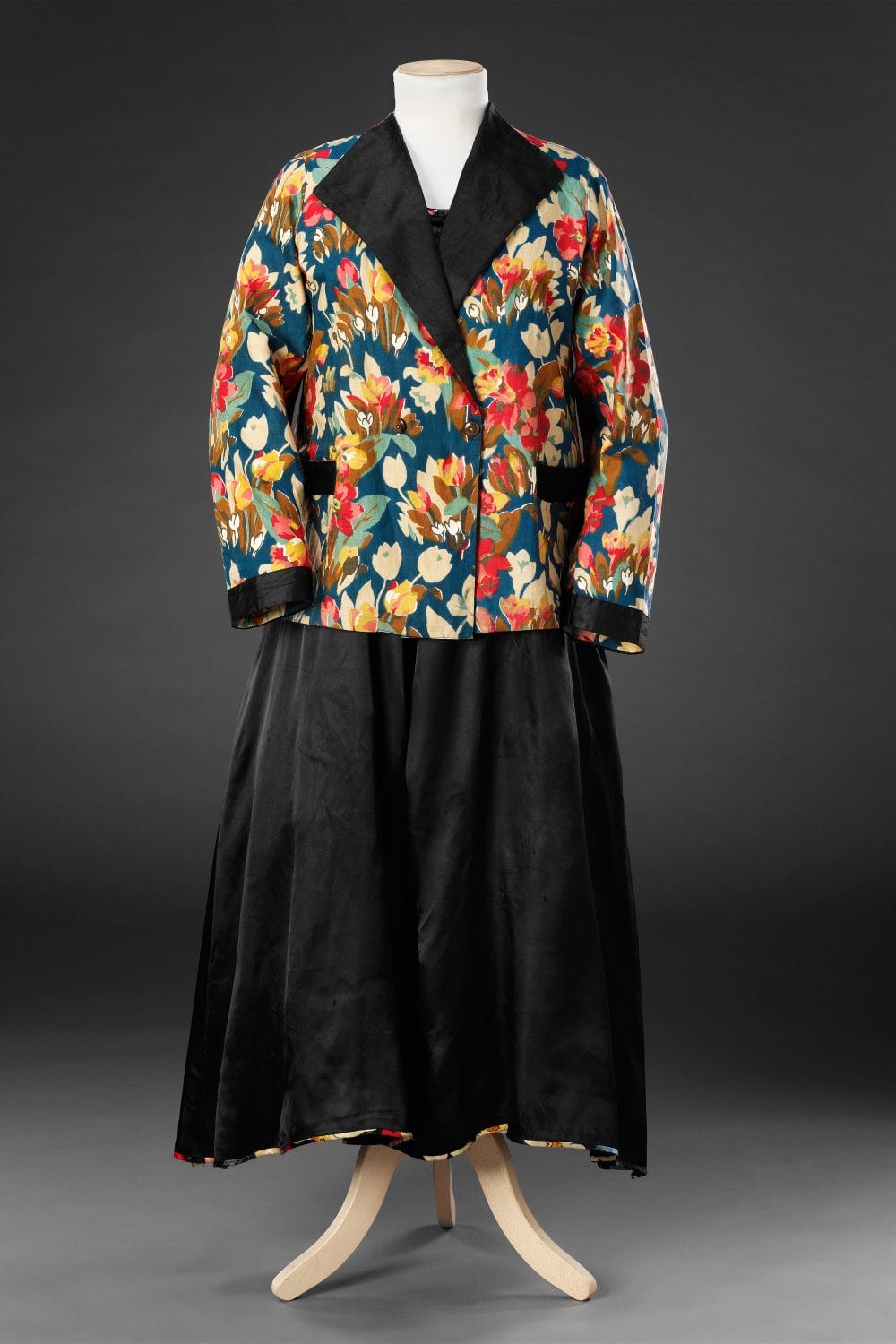 After the First World War changes in society resulted in increasing informality in both men’s and women’s clothes. Women started to wear trousers, formerly almost entirely restricted to men’s wear in the West, as lightweight leisure wear at home or on the beach. Subsequently, trousers, breeches and shorts made from substantial fabrics such as flannel, gabardine and drill were adopted for outdoor pursuits such as hiking, skiing and riding. Bifurcated garments were not unprecedented in women’s wear; in the mid 19th Century dress reformers and members of women’s rights movements advocated loose trousers worn beneath knee length skirts; later in the century, cycling enthusiasts felt that knickerbockers were appropriate for riding astride, but were probably not widely seen on the roads. Working women such as the pit brow girls of Wigan and the First World War land girls and munition workers found trousers, breeches and overalls practical, and in 1911 evening outfits featuring the jupe culotte and harem trousers were introduced into high fashion by the couturier Paul Poiret who was influenced by oriental styles.

Two beach outfits from the John Bright Collection are seen here and as a Related Item. The first consists of a baggy, full length bifurcated garment of black rayon satin falling from above the bust and held up with shoulder straps, a cotton jacket printed with tulips and other spring flowers in bright non and semi-naturalistic colours (similar fabrics were used for dressing gowns and other informal garments), and a matching, broad-brimmed sun hat.

The second outfit, called at the time beach pyjamas, comprises a top and trousers of practical washable silk; the top and trouser trimmings are printed with a cheerful design of brightly-coloured triangles and other geometric shapes in an art deco style on a green ground. The cut-in armhole of the sleeveless top would have allowed maximum exposure of the arms to the sun to acquire a fashionable tan. 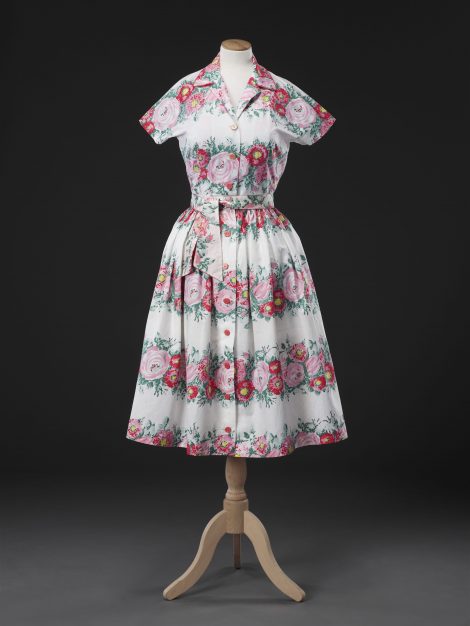 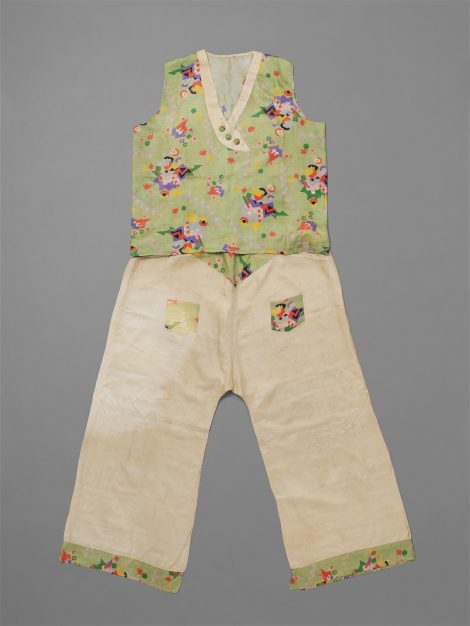 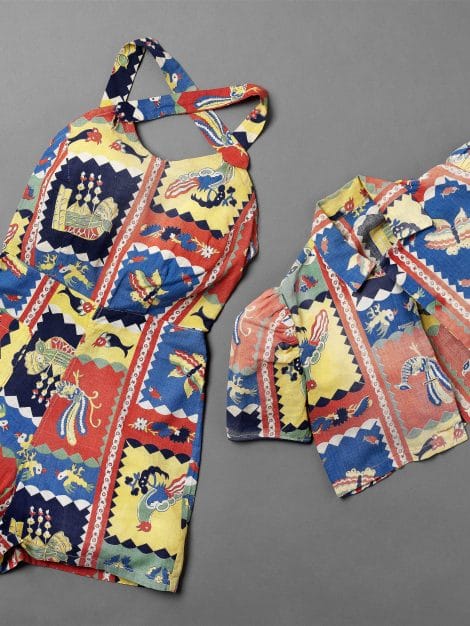