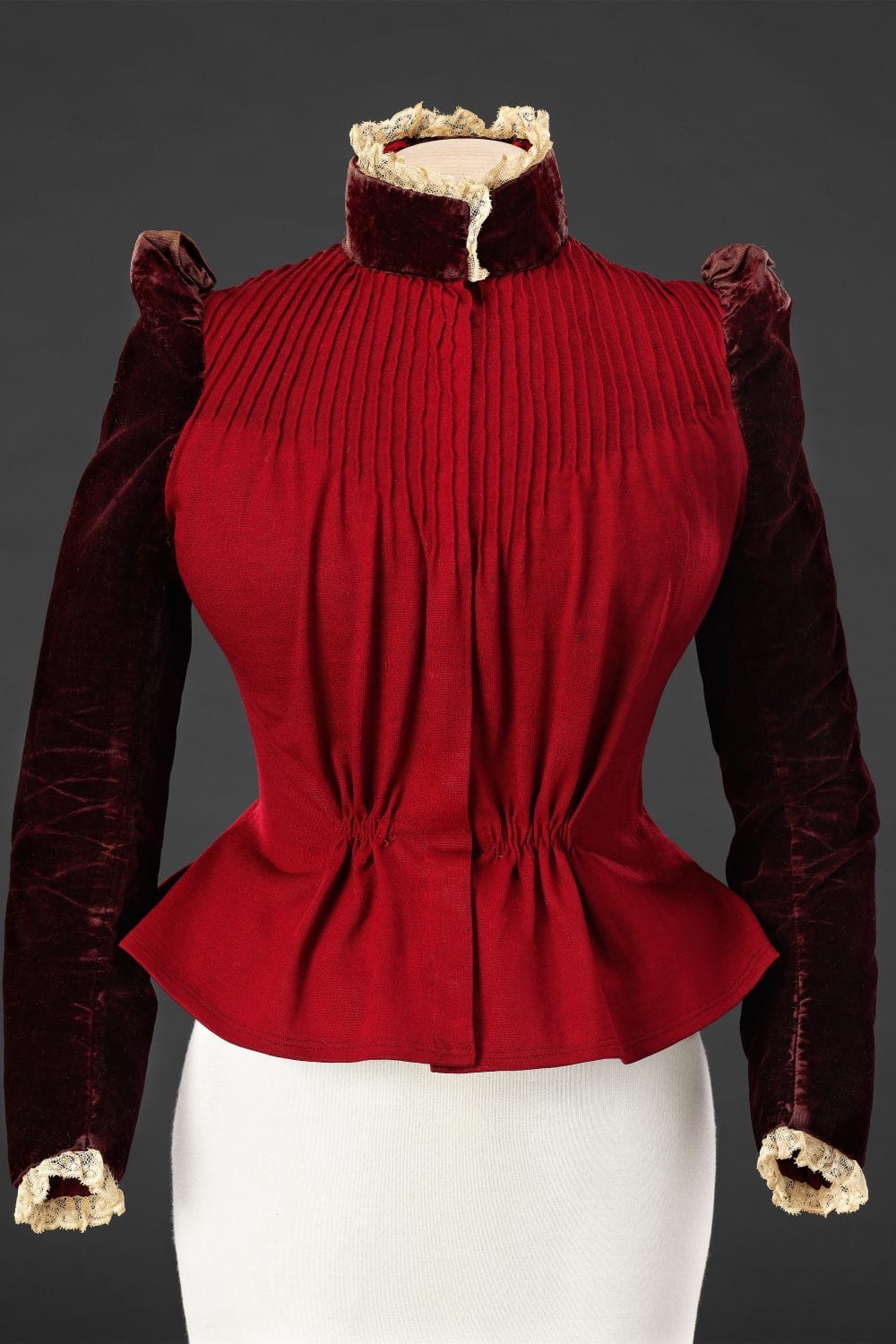 This bodice was used as a model by designer Hildegard Bechtler for that worn by Kristen Scott Thomas as Irina Arkadina in the Royal Court Theatre’s production of The Seagull. The cut, colour and fabrics were followed closely, although the tops of the sleeves were given more fullness for ease of movement.

Bodices made from jersey or stockinette, a mechanised form of knitting dating back to the 16th Century in the production of hosiery, were a feature of the last decades of the 19th Century. The stretch of the fabric made it suitable for popular active pastimes such as cycling and tennis.

Often sold to be worn with a non-matching skirt, the jersey bodice was either fitted to the body, or rather the corset, in an elegant line, or had a fullness that was released from a yoke, or tucks, as here. This example has no lining or boning in its body, but any comfort that this might have given the wearer may have been negated by the tightness of the upper section of the lined velvet sleeves, and the height of the collar.