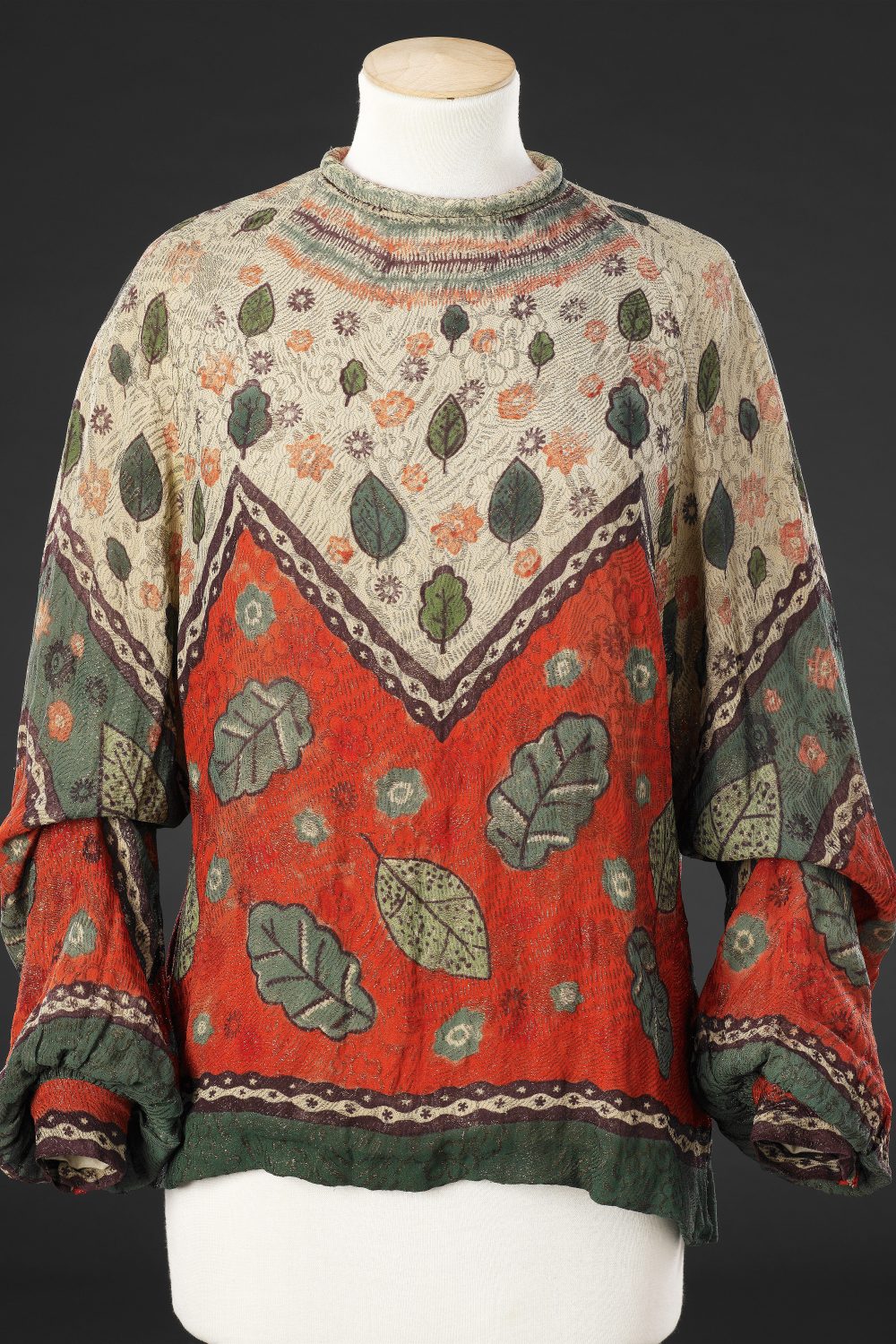 Two Footprints garments, the short jacket seen as a Related Item and the blouse seen here, are good examples of the studio’s use of different fabrics to add a further dimension to the printed design. The jacket is printed in subdued shades of brick red, slate blue and fawn with squares and rectangles of semi and non naturalistic motifs that appear visually ‘scrambled’ by the heavy texture of the weave. However, in some places the horizontal slubs add to the design; they form ripples on the blue areas of water where fish can be seen swimming, for example.

A different approach has been taken with the blouse. Beige fabric already woven with stylised flower heads, stalks and grasses in metallic thread forms the ground to scattered flowers and leaves printed in green and orange with dull purple. In common with the Footprints coats in our collection, the strongly coloured design is focused on the lower two-thirds of the body and sleeves leaving the pale upper area of the garment lightly printed or unprinted. 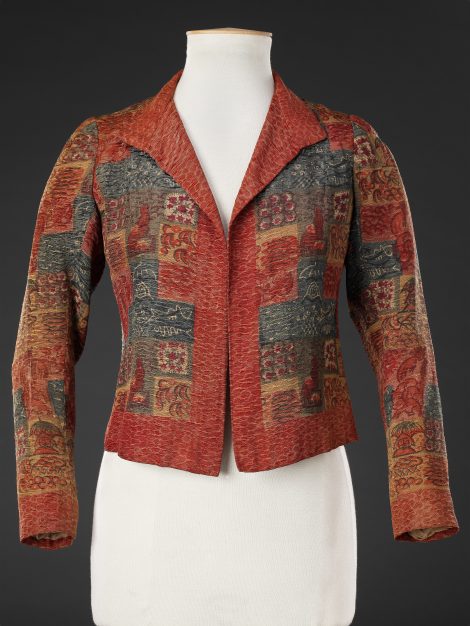