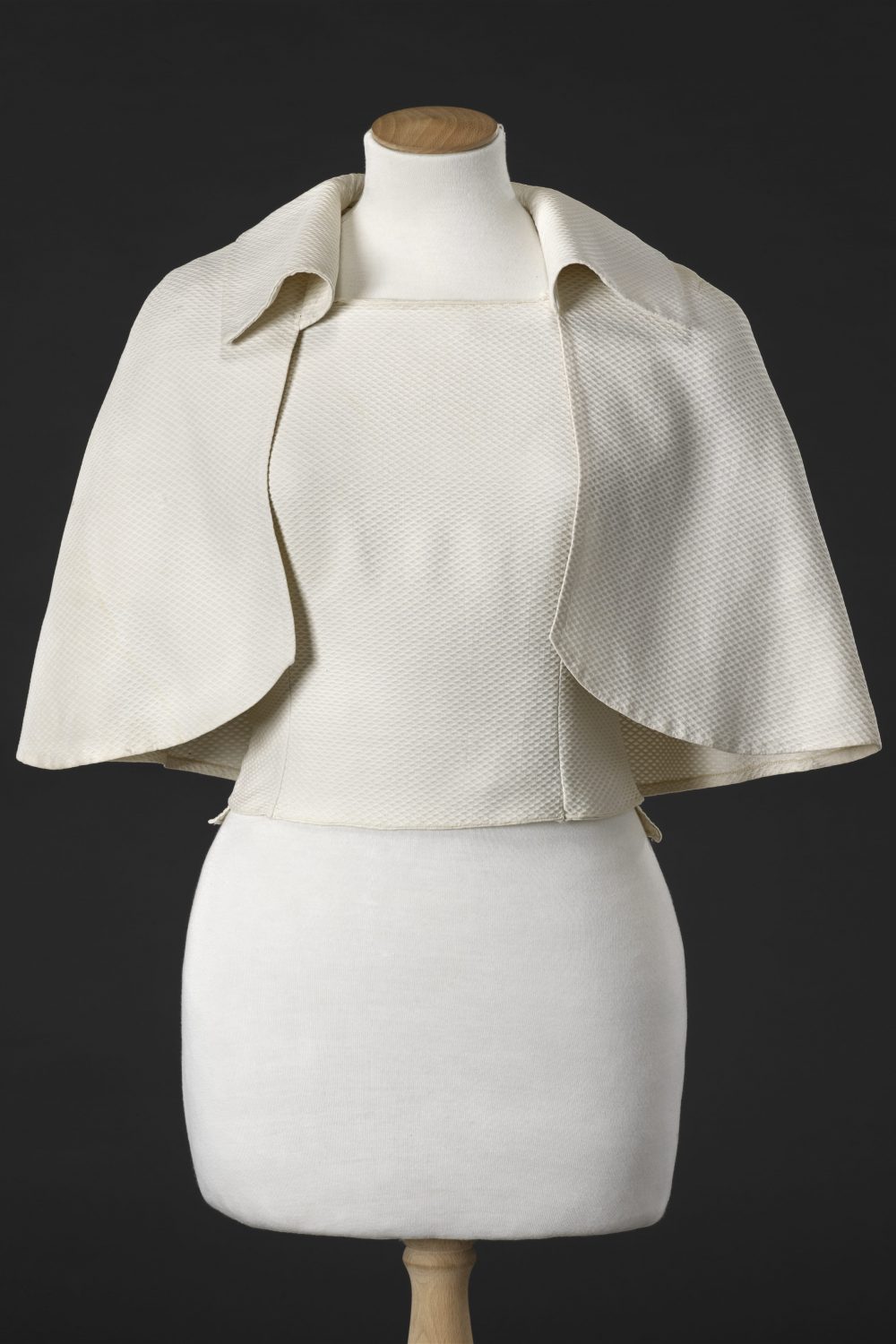 Aida Woolf, 1887-1967, was a fashionable designer, originally from the East End of London, who began her career on leaving school as a local dressmaker. Her skill and success enabled her to open a couture business based first in Oxford street, moving to 3, Harewood Place in the late 1920s, and then to 20 Grosvenor Street in 1936, where she remained until she closed her business in the late 50s. It is said that her lack of recognition today is due to the exclusivity insisted upon by her clients, preventing her clothes from appearing in fashion magazines.

The bodice and cape are made of cotton woven with diagonal honeycomb texture. In a decade of tenuous historical associations within the fashion world, textured fabrics were sometimes seen as ‘Renaissance’ in character. The bodice is simple in style and subtly constructed, relying for interest upon back panels that fasten with large buttons in the centre above waist level (see Additional Images). The short cape is an example of the ubiquitous garment of the early to mid 1930s that was worn not only as outerwear, but with matching day and evening dresses. While this bodice and skirt could have been worn with a matching skirt, a contrasting skirt of, for example, a smooth black fabric, would have been considered very chic. 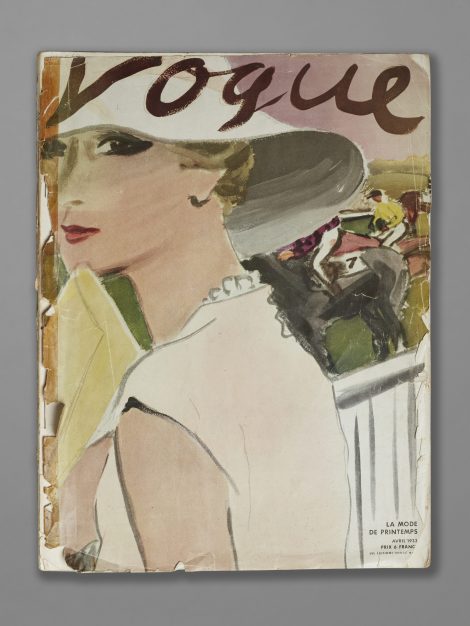