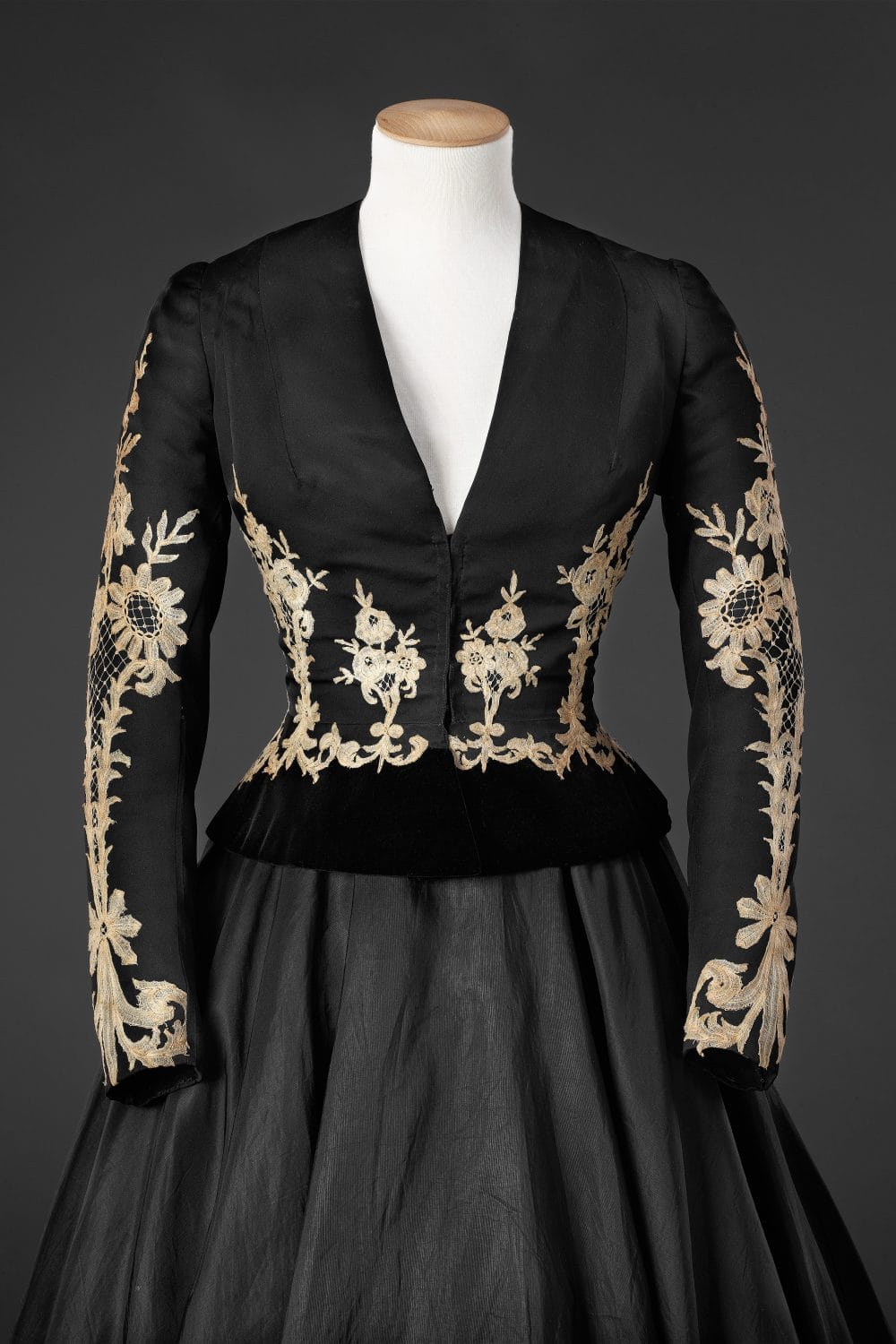 Acquired from the Estate of Doris Langley Moore.

This jacket originally belonged to the costume historian Doris Langley Moore, whose collection formed the basis of the Museum of Costume in Bath, now the Fashion Museum. It is accompanied by the original catalogue card, stating that it was designed by Worth in the 1890s and given, in the Second World War, to the ballerina Margot Fonteyn; she had it altered by Mathilda Etches, and subsequently returned it to Doris Langley Moore (see Additional Images). John Bright acquired the jacket from Doris Langley Moore’s estate, and felt she had kept it for sentimental reasons as it had been neither part of the Bath bequest nor previously sold on.

Both Fonteyn and the couturier Mathilda Etches were friends of Doris Langley Moore, modelling garments for her book The Woman in Fashion of 1949, which was dedicated ‘to Margot Fonteyn friend to the collection and the collector’. Fonteyn appears in a wedding dress of circa 1877 and an afternoon dress of circa 1901, and Etches in a tea gown of circa 1900, and a dress and evening coat of 1913. Fonteyn’s brother Felix took the photographs for the book.

Self-taught, Mathilda Etches opened her dressmaking business in the 1930s, encompassing the worlds of fashion, stage and screen. During the shortages of the Second World War she became adept at reusing and remodelling garments, and it was this reputation that probably prompted her regular client Margot Fonteyn to commission the alteration of the jacket.

Langley Moore’s assertion that ‘apart from the neck it was unaltered’ is incorrect, as, in addition, the body and sleeves have been relined, and the sleeves slightly shortened. The photograph mentioned on the index card was probably that taken by the fashionable portraitist Paul Tanqueray in 1943, now in the National Portrait Gallery, and to be seen on its website. It is clear from this photograph that the gathered sleeve heads were altered subsequently, possibly in the early 1950s, to produce the smoother shoulder line of the present garment.

Additional Images show a very similar bodice of the 1890s, unfortunately missing its sleeves. Applied decoration, whether lace as here, or narrow braid couched in intricate designs, was much in fashion on dresses and outerwear at this time. 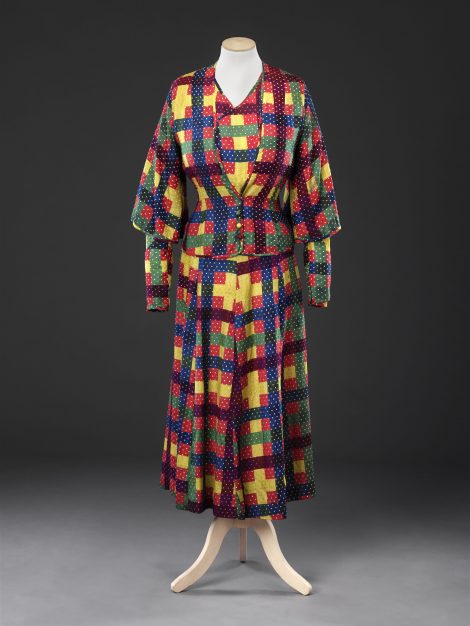 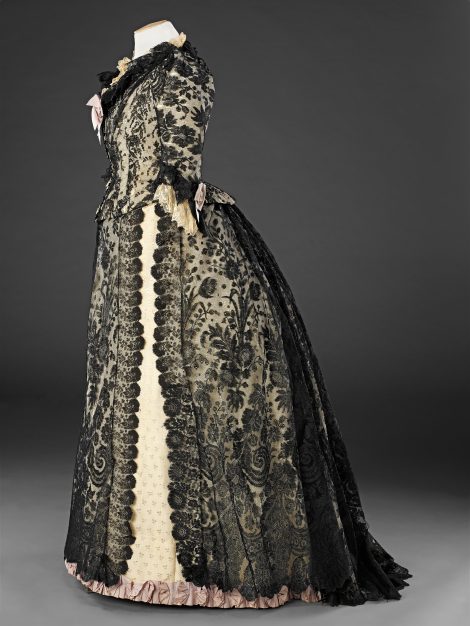