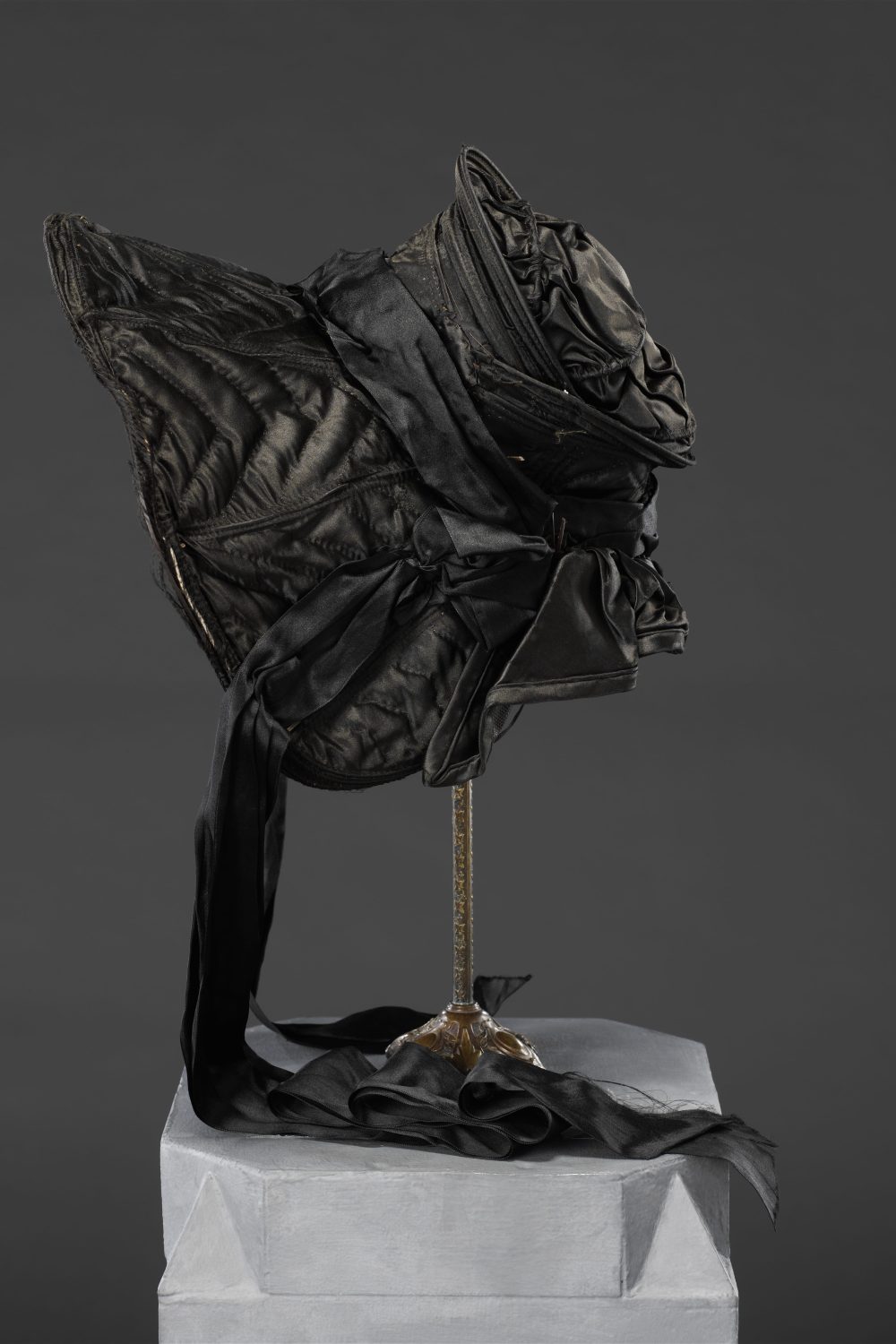 Silk on wire and buckram base; wool interlining

Until the mid 20th Century etiquette required women to cover their heads outside their own homes, either with a hat or a bonnet. Bonnets, characteristically fastening with ribbon ties, evolved from the 1790s in size, shape and decoration, becoming the dominant form of headwear until by the end of the 19th Century they were no more than small insignificant pieces of frippery (see Related Item), overtaken in popularity by the hat, and finally relegated to the elderly and widowed.

This bonnet followed a period of extravagant styles with immensely wide oval brims during the 1820s; now the brim, still wide, seems to have been drawn in by fastening the ties under the chin, framing the face in a vertical oval from the front, but hiding it from the side. The gathered ‘curtain’ below the crown at the back has become a feature of bonnets, shading and protecting the neck. Protection to the face could be given by pinning a bonnet veil to the front edge of the brim, the grandest of these comprising rectangles of white or black lace with sprigged grounds and densely patterned borders.

The crown has a wire and buckram base; the lightly quilted silk of the brim is supported by seven radiating bands of internal wire that also encompasses the outer edge. The curtain is lined with net. 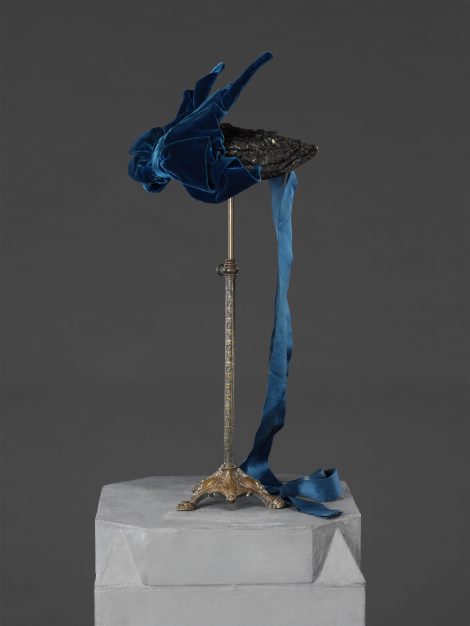