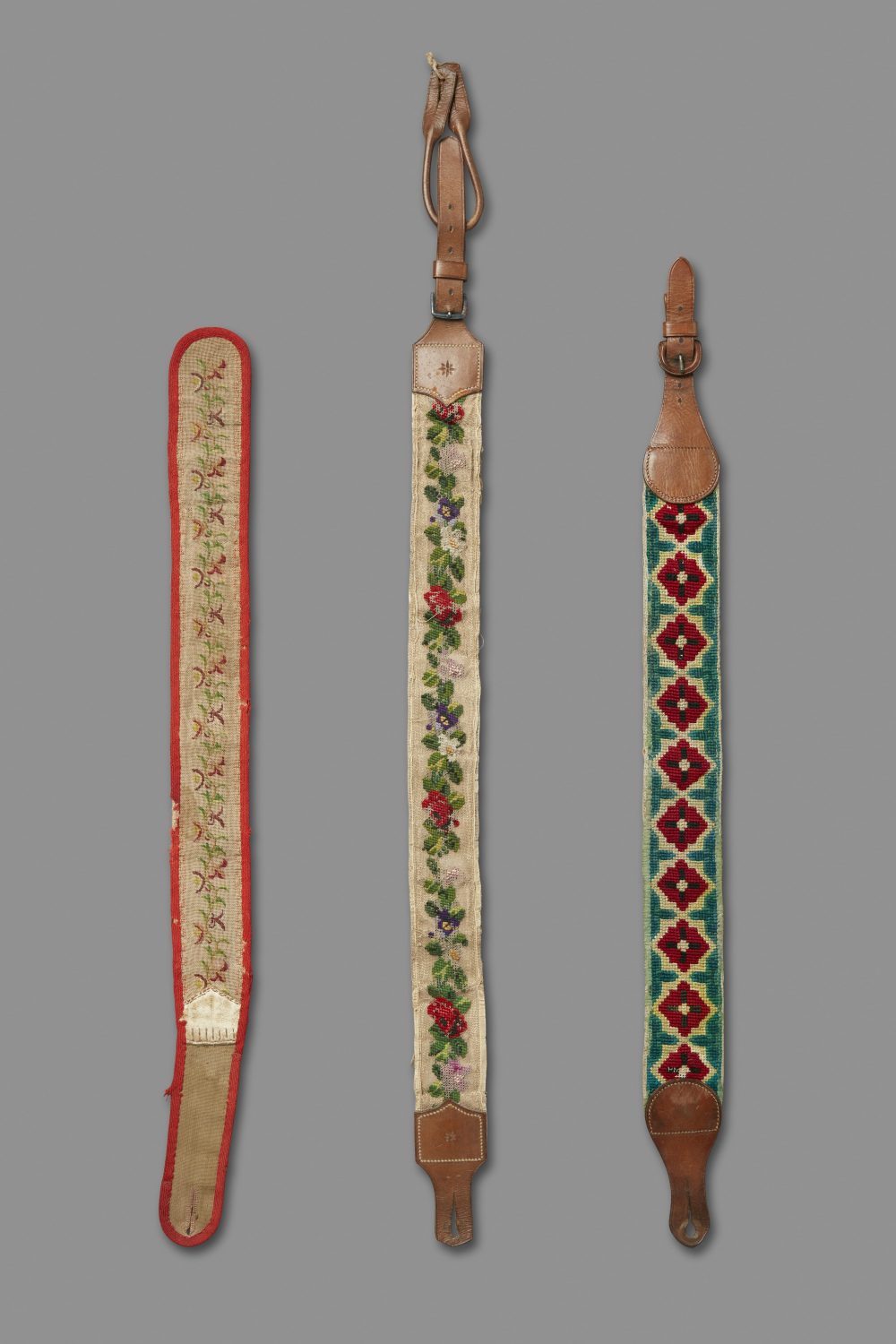 Canvas embroidered with wool and silk, trimmed with leather, silk and wool

Braces were worn to keep trousers in place throughout the 19th Century and the first half of the 20th Century. These three examples, each originally one of a pair, have been embroidered in needlepoint, probably at home as a present for a husband, father or brother. The leather attachments would then have been added professionally. The single buttonholes at the top of the image buttoned to the back of the trousers, with the double buttonholed loops on the adjustable buckled straps (complete only on the middle example) attaching to a pair of buttons on each side of the trouser waist. This style of separate braces was to be superseded by one in which the pair were joined at the centre back, an example of which, dating to the 1890s, can be seen in Related Items.

Despite the decorative quality of these braces they would have been hidden beneath a waistcoat for all but the most informal occasions. 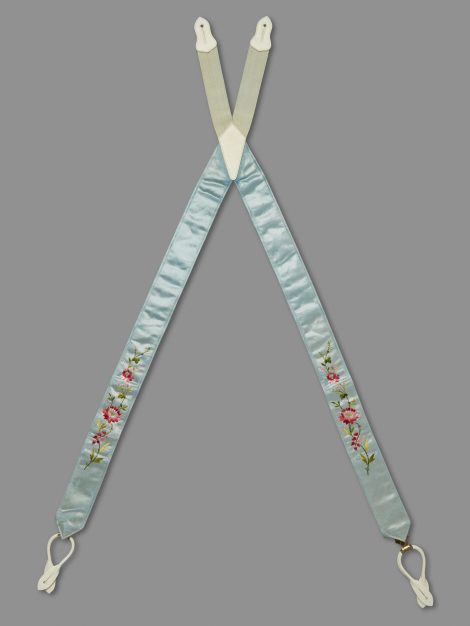