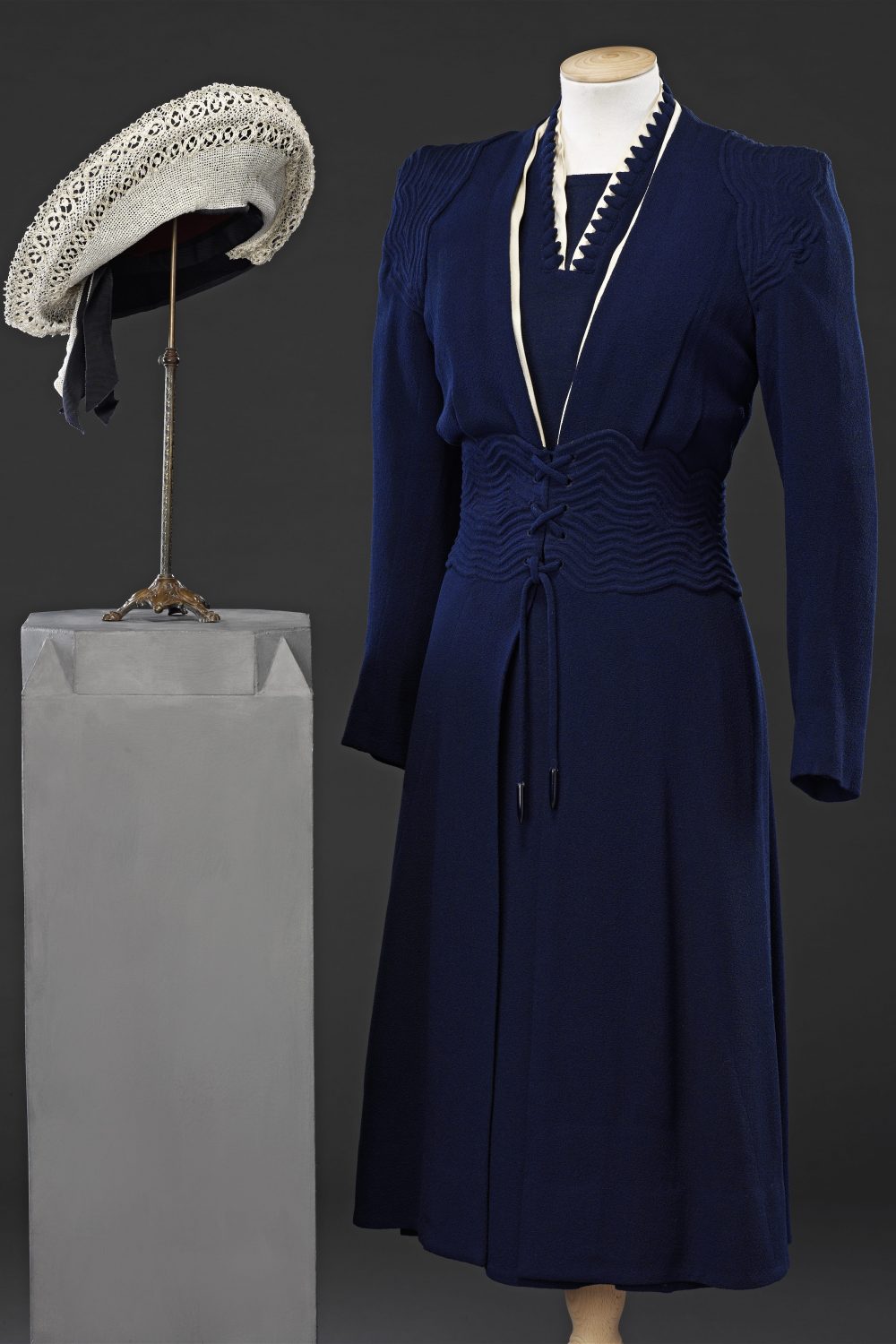 This formal day outfit of matching coat, dress and hat was designed for smart autumn and or winter occasions, probably for town wear. Its wool crepe fabric drapes well into a clearly defined shape, and lends itself to the areas of bold raised corded ornamentation on both the coat and the dress, textured details often being a feature of the time. The dark colour sets off the narrow borders of crisp creamy-white grosgrain that on the coat simulate the ‘slips’ of men’s formal wear, and define the zig-zag edgings of the dress.

Jays of Regent Street, where the suit was bought, was set up in 1841 as the London General Mourning Warehouse by William Chickall Jay. Although initially catering to the sartorial needs of the bereaved, by the end of the 19th Century it had expanded and diversified into making and selling clothing to a wider clientele.

The halo style hat, with its broad backswept brim, became an alternative to styles that often shaded the face from the very end of the 1930s into the 1940s. It was favoured by Queen Elizabeth, consort to George VI, as it framed her face making it visible to the crowds at public events.