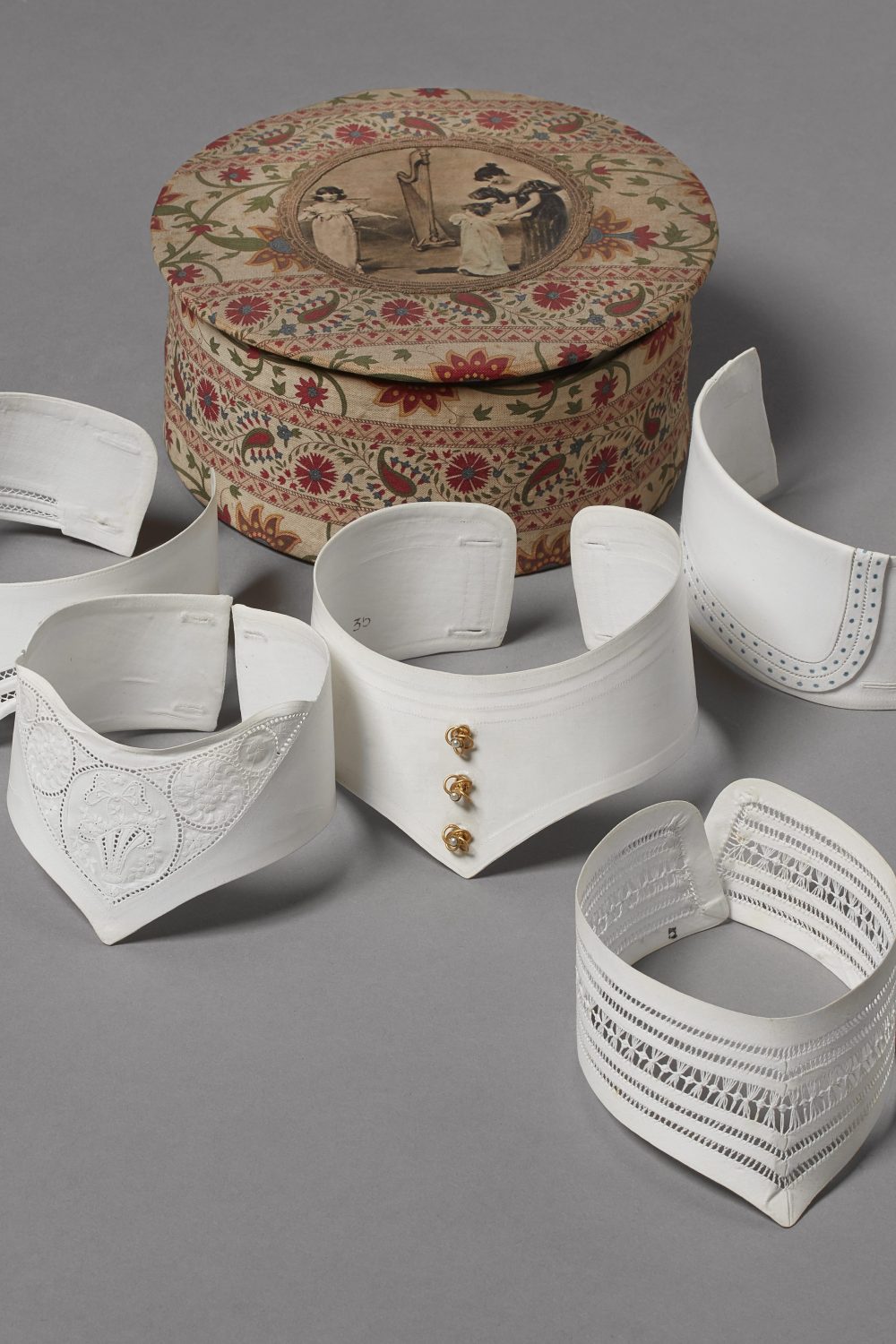 Throughout the centuries, detachable fabric collars and similar neckwear, usually made of white linen, had been worn by both men and women for decorative effect and to protect their upper garments from dirt. In earlier decades of the 19th Century women’s collars had been soft in texture, and frequently embroidered with delicate whitework motifs, completely dissimilar to those of men in both size and shape. However, by the end of the 19th Century women’s adoption of separate stiff white collars, often worn with neckties much like their masculine equivalents, reflected a move towards fabrics and garments traditionally associated with men’s wear, signifying the desire to be taken seriously in the fields of education, work and sport.

The image shows a selection of stiff collars, part of a large collection acquired in France, manufactured for the female market, that ape men’s collars, but are feminised with simple embroidery, decorative buttons, and, on the far right example, printed blue spots. Made of cotton or linen, or a mixture of both, they were highly starched and were labour intensive in their care and laundering. Like those of men they required metal studs to anchor them to the neckband of the shirt. Most of these examples are printed inside with their size and style name or number; that on the left of the image states it has been imported from Austria, and the central collar retains its original paper price label ‘Au Bon Marché 1 F 65’, probably retailed by the famous Parisian department store the Bon Marché. The circular collar box is covered in printed cotton and lined in plain green cotton, with an image of a woman and two children in Regency style dress on the lid.