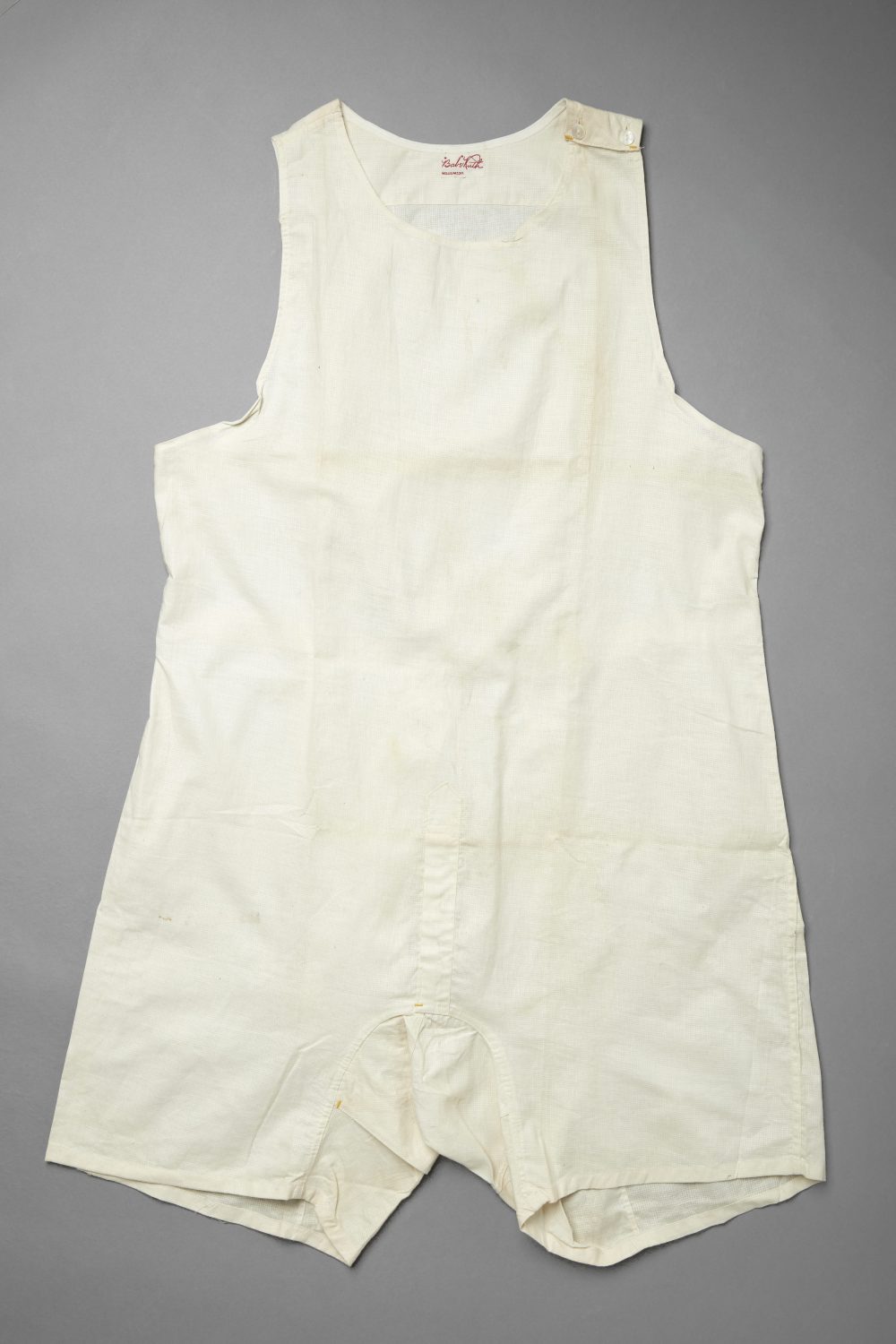 George Herman Ruth, known as ‘Babe’ Ruth, played baseball for the New York Yankees. One of the most popular and well-paid sports stars of his day, he set the trend for the many other famous sportsmen who were to lend their names to garments and other merchandise in the future. In 1926 he entered into an agreement with the Mc Loughlin MfG. Co of Indianapolis in the USA to endorse their athletic underwear that went into production the following year and was sold in boxes depicting a coloured image of Ruth on the lid. This one piece man’s undergarment was heavily advertised in the press, its features characterised as a bloused back, a curved seat construction that stays closed, triple-stitched pearl buttons, reinforced armholes, and pre-shrunk rip proof fabric, all of which can be seen in this example. The rip proof fabric is a checked nainsook, a relatively open-weave cotton that was cool in summer, its small self-check providing the rip-proof strength. Printed on the back beneath the waist is “Babe” Ruth Reg. U.S. Pat. Off. Rip-Proof Guaranteed Patent No. (illegible)’ (see Addional Images). Men’s underwear improved considerably in terms of comfort and practicality during the interwar years, especially for summer wear, with lighter fabrics, unrestricting necklines and armholes, and short legs.