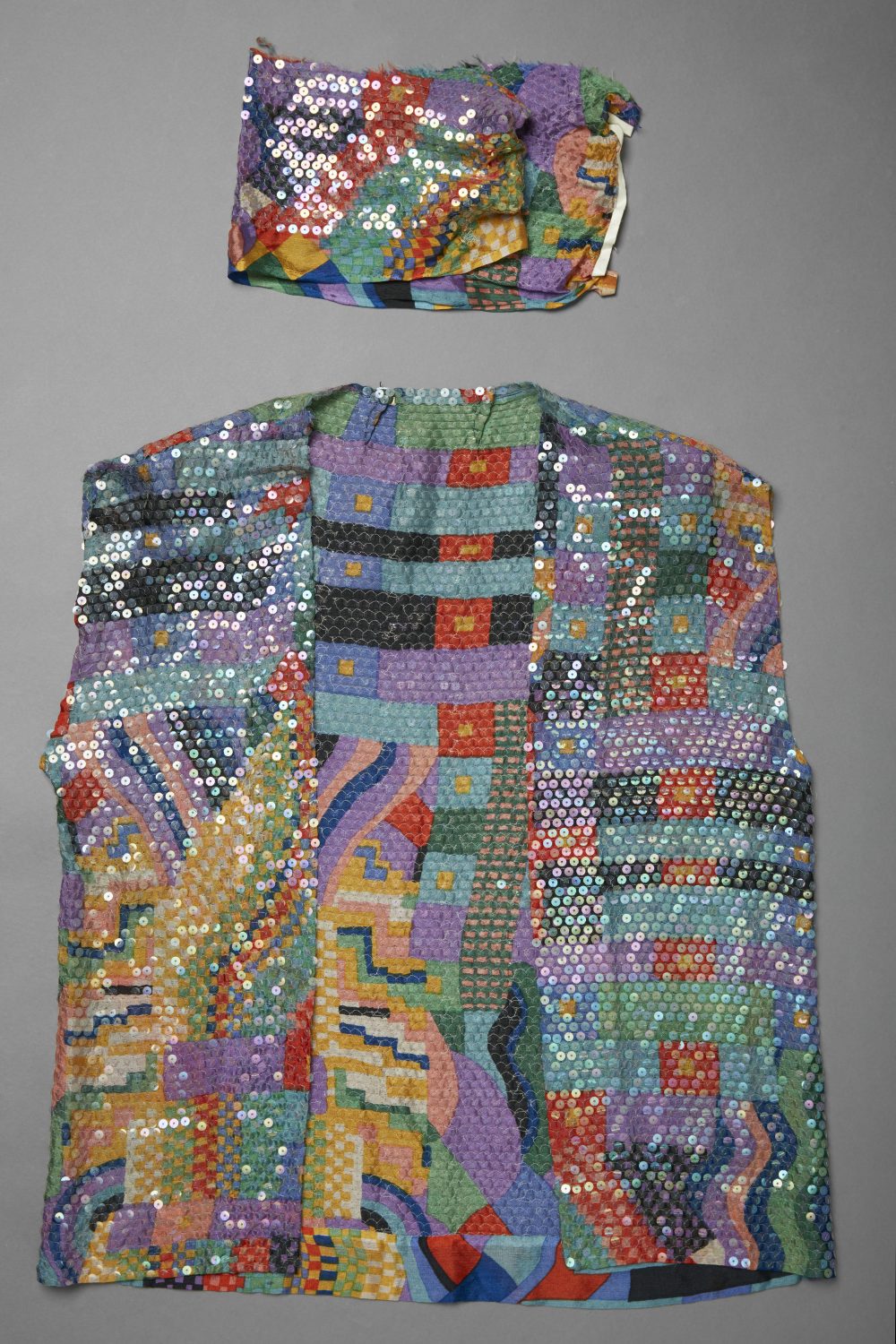 Acquired from the estate of the costume designer Shirley Russell

For some time after they were acquired from the collection of the late Shirley Russell a number of pieces of sequined silk in the Liberty design ‘Bauhaus’ remained a mystery. By chance, they were spotted as the components of a costume worn by the actress (and former member of the Mamas and Papas) Michelle Phillips in a still from the film Valentino of 1977. (See Additional images). Valentino told the story of the silent-screen star Rudolph Valentino, played by the ballet dancer Rudolf Nureyev, and Michelle Phillips was cast as his wife Natacha Rambova. It was directed by Ken Russell, and his then-wife Shirley designed three hundred costumes for which she was nominated for a British Academy Award.

The still shows the waistcoat worn over a dress that was formed from a straight piece of fabric gathered and draped around the body and over the left shoulder. The turban was made from two long narrow pieces held together with adhesive tape. An accompanying unfinished camisole appears not to have been used. (See Additional Images)

Liberty’s ‘Bauhaus’ fabric was produced for the company by the design studio Collier Campbell, closely based upon the ‘Slit Tapestry Red/Green’ of 1927-8 by Gunta Stölzl shown at the Royal Academy’s Bauhaus exhibition in 1968.

The design was extremely successful in a number of colourways, initially used for a silk head square in 1969, then furnishing fabric in 1972, and silk chinon to celebrate Liberty’s centenary in 1975. A sequined version was never produced commercially, and may have been ordered especially for the film by Shirley Russell.