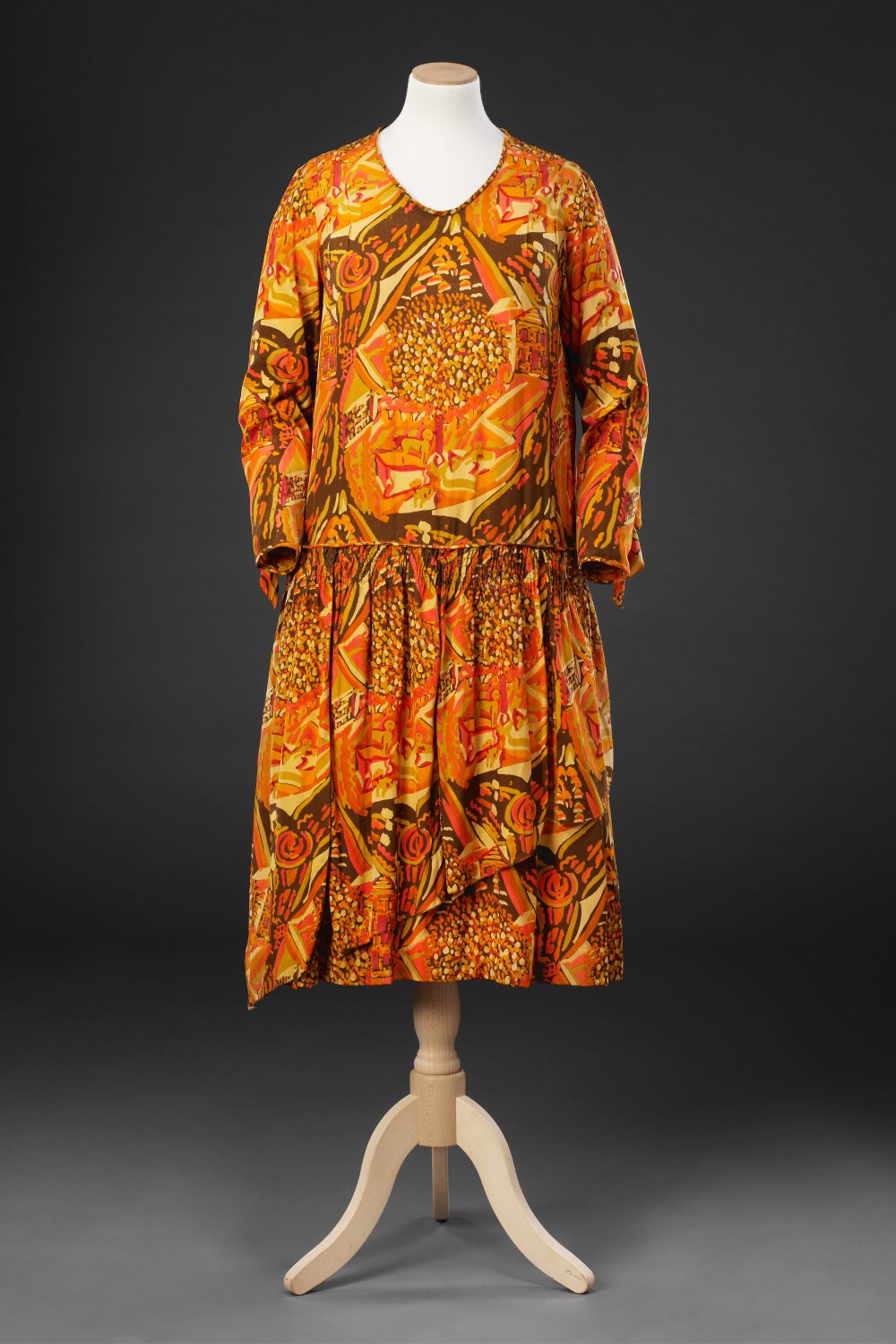 The earliest Crysède garment in our collection is this silk dress dating from the late 1920s, made from ‘Hound and Tree’, a design illustrated in Studio magazine in 1928, and probably more or less contemporary with the dress. Based on one of Alec Walker’s own paintings that he rearranged into a repeat pattern, its central motif is a large tree, beneath which several dogs stand or lie, in the grounds of a nearby house. The strong, non-naturalistic colours, the lack of scale and perspective, and the manner in which representation is subsumed into a rhythmic design, are evidence of the influence of such artists as the Post Impressionists, the Fauves and the Nabis, whose work Walker would have been aware of on his visit to Paris. ‘Hound and Tree’ was printed in at least three surviving colourways, each giving a very different appearance to the design. The dress is surprisingly fussy in construction for such a strong print, with four hanging panels, graded in length across the front of the skirt, a series of inverted tucks across the back, and a flounce down the lower part of each sleeve. 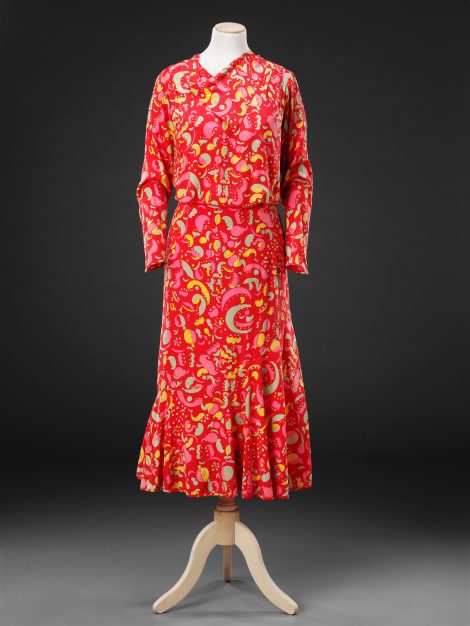 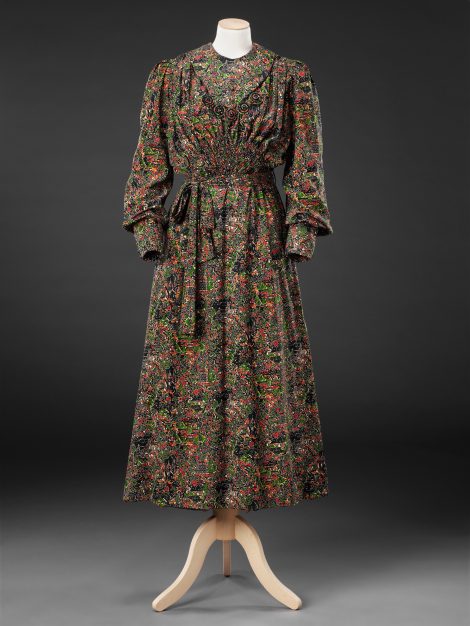