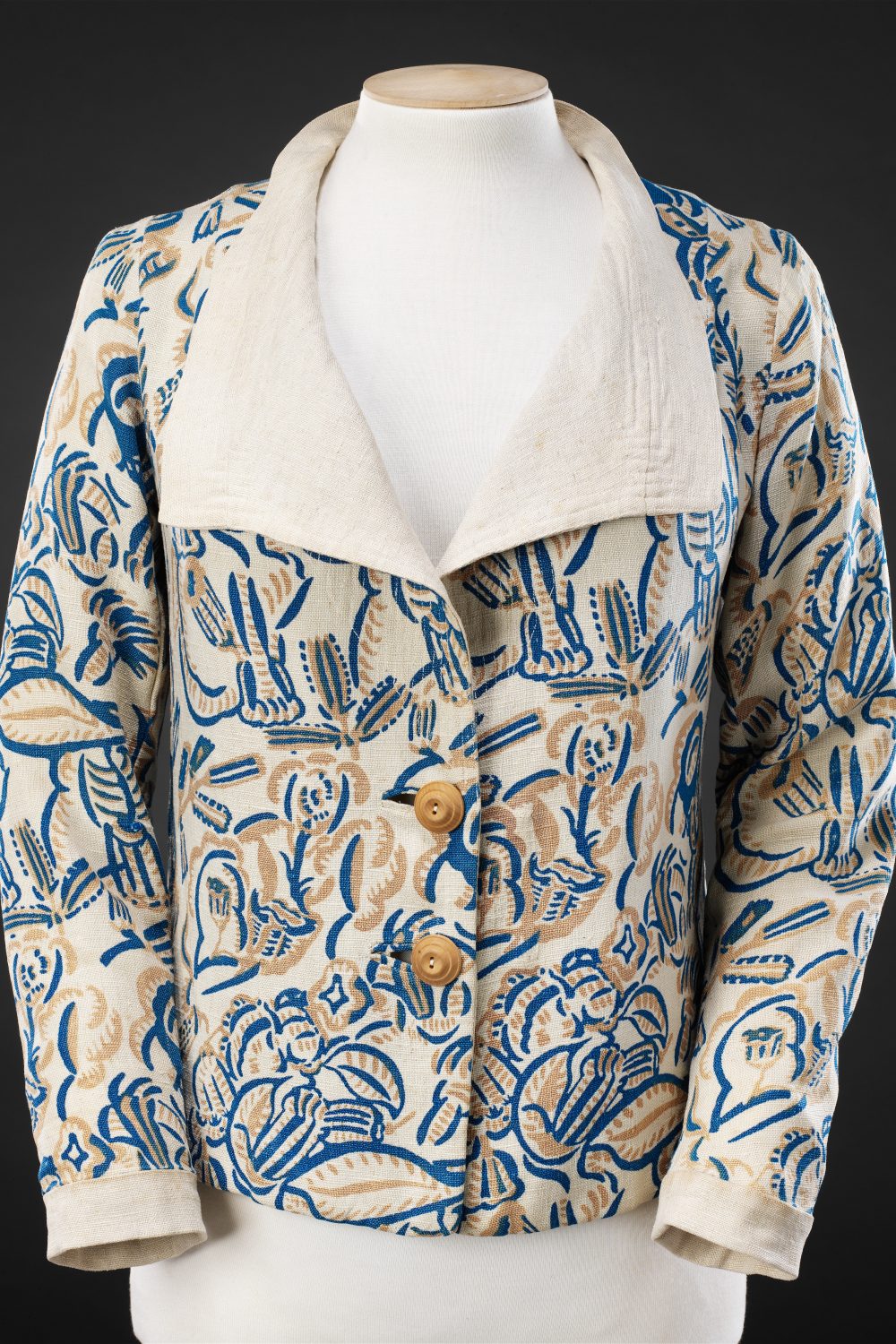 This jacket, possibly once part of a suit, is made of linen printed with an unidentified design in a blue and fawn colourway. Unlike many Crysède designs, based on Alec Walker’s local paintings, this example includes no discernible landscape motifs, limiting itself to very stylised flowers and foliage. In common with the collection’s other linen garments, the collar and cuffs are of plain linen, the collar with parallel rows of stitching (see Related Items).

Marit Allen, from whom the jacket was acquired, became a successful costume designer of films such as Brokeback Mountain and Mrs Doubtfire after a career as one of the most influential fashion journalists of the 1960s. From 1961 she worked for Queen magazine, moving to Vogue as a fashion editor in 1964. In her Young Ideas pages for the same magazine she championed some of the young designers, such as Marion Foale, Sally Tuffin and John Bates, who were at the centre of ‘Swinging London’s’ fashion industry at a time when its impact was being felt internationally. 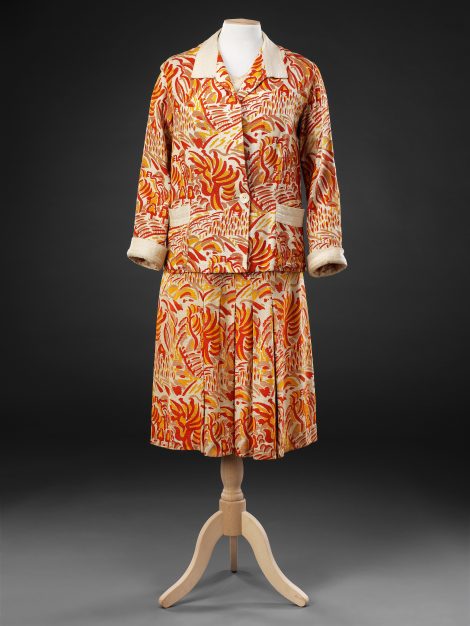 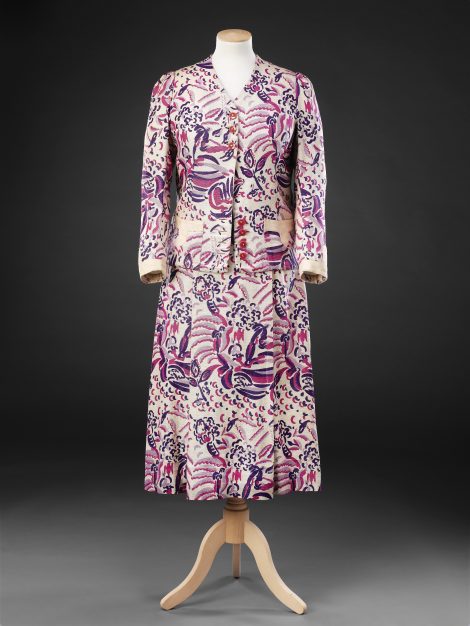 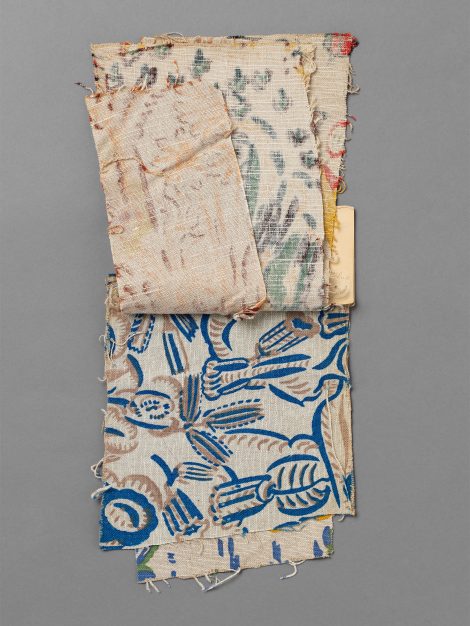