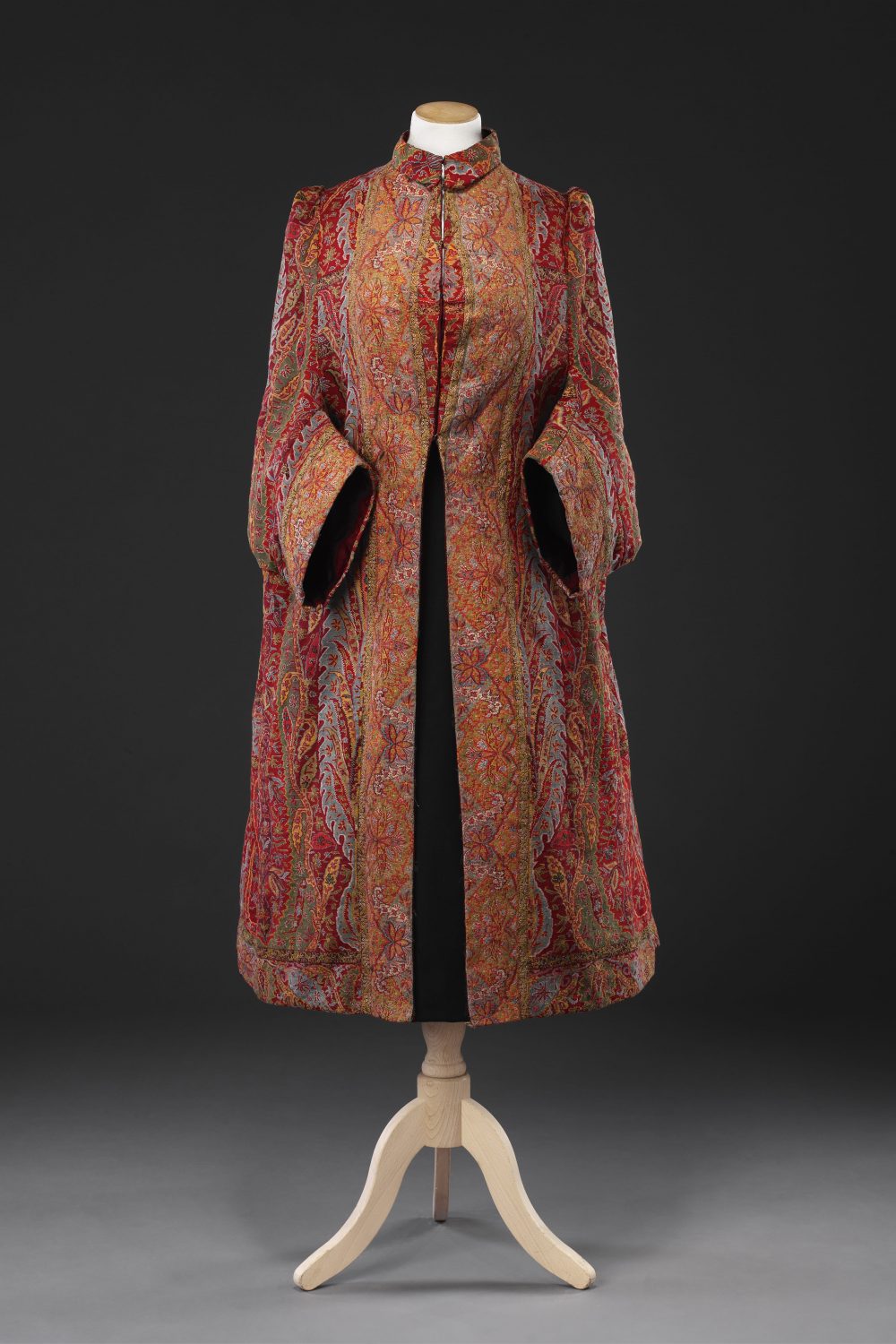 The distinctive and popular form of outerwear during the 1880s was the dolman, a mantle that had developed during the previous decade into a semi-fitting garment with characteristics of both a coat and a cloak.

This example is approximately seven-eighths length, leaving the hem of the dress beneath exposed. The back is fitted to the shape of the body, with deep pleats below the centre back of the waist to accommodate the bustle; the front is unfitted. The upper arms of the wearer are contained within the body of the dolman, from which wide sleeves emerge at right angles below elbow level. It is lined in silk of the rich maroon colour that was so fashionable in the 1880s.

If the dolman was the outdoor garment of choice in the 1870s and 80s, that of the middle decades of the century was the large, ornately-patterned woven wool shawl of Kashmiri origin, and its European imitation, frequently called a ‘paisley’ shawl after one of its centres of production. These shawls were ideal to wear over the large, crinoline-supported skirts of the 1850s and 60s. As the silhouette became slimmer, these expensive shawls fell from favour but provided large areas of warm fabric that could be made into more up to date garments.

This dolman has been very carefully constructed to balance the characteristic patterns and motifs of the ‘paisley’ shawl on both its front and back by the tailor Hulbert Beach of Belgravia. The guide book ‘London of Today: an Illustrated Handbook’ describes Hulbert Beach in its 1890 edition as makers of men’s clothes ‘who are proud to cater for the fair sex’ and whose ‘gowns and cloaks put in an appearance at most of the fashionable gatherings in London, and the smartest house parties in the country’.

Middle and upper class women patronised men’s tailors not just for outerwear, but for riding habits, matching wool skirts and jackets (forerunners of the 20th Century suit) and, as the Hulbert Beach label alludes, sportswear. The name of the customer has been added to the dolman’s label by hand; it is a little difficult to make out, but possibly reads ‘Mrs Mickham’. 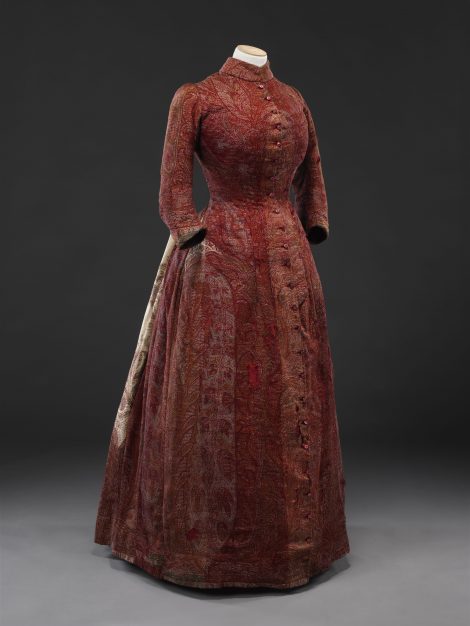 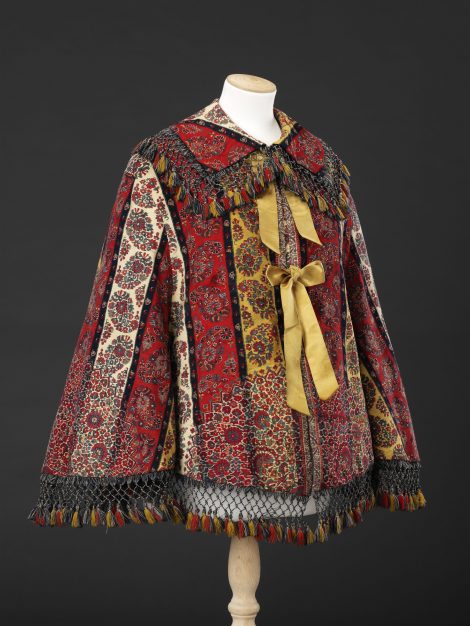