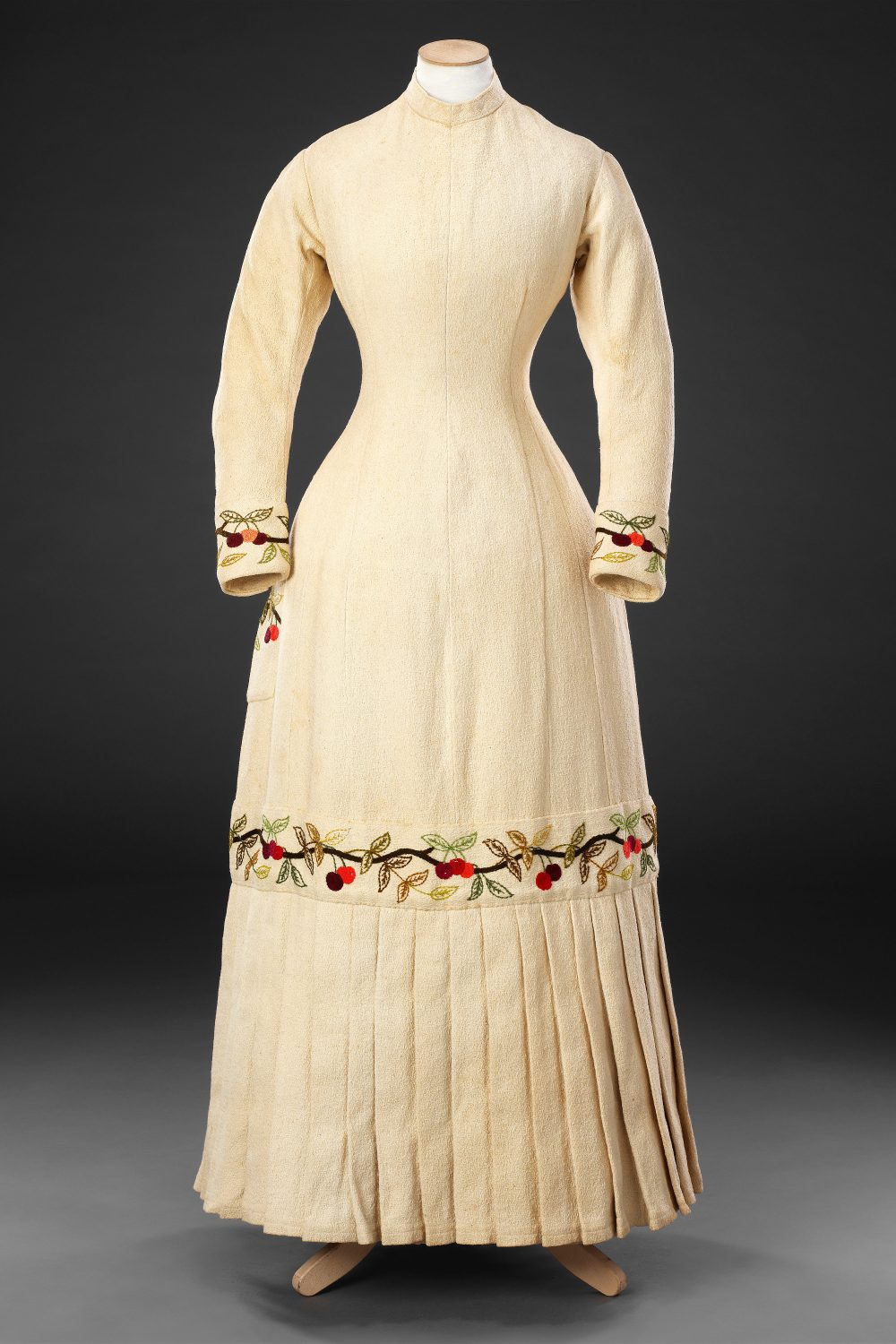 After decades of fullness, supported by horsehair petticoats, crinoline cages and bustles, the skirts of fashionable day dresses became slim and tubular for a few years around the turn of the 1870s to the 1880s, before the bustle reasserted itself as the shelf-like structure of the mid 1880s. Having one of the starkest silhouettes of the second half of the 19th Century, this one piece dress appears to mould itself to an exaggerated curvaceous line of the body created by the corset beneath. It shows no signs of originally having had any trimmings to relieve its plainness, and fastens up to the back with large mother of pearl buttons to leave the front smoothly uninterrupted. At a time when silk was the dominant fabric to be found in middle class women’s wardrobes, surface decoration was liberally employed and embroidery often featured exotic blooms, the choice of a loosely-woven, rough-textured cotton and a simple design of cherries executed in wool is unusual. The dress’s tight fit is compensated for by the pleats below knee level allowing movement and the hem clearing the ground to leave the feet unencumbered.