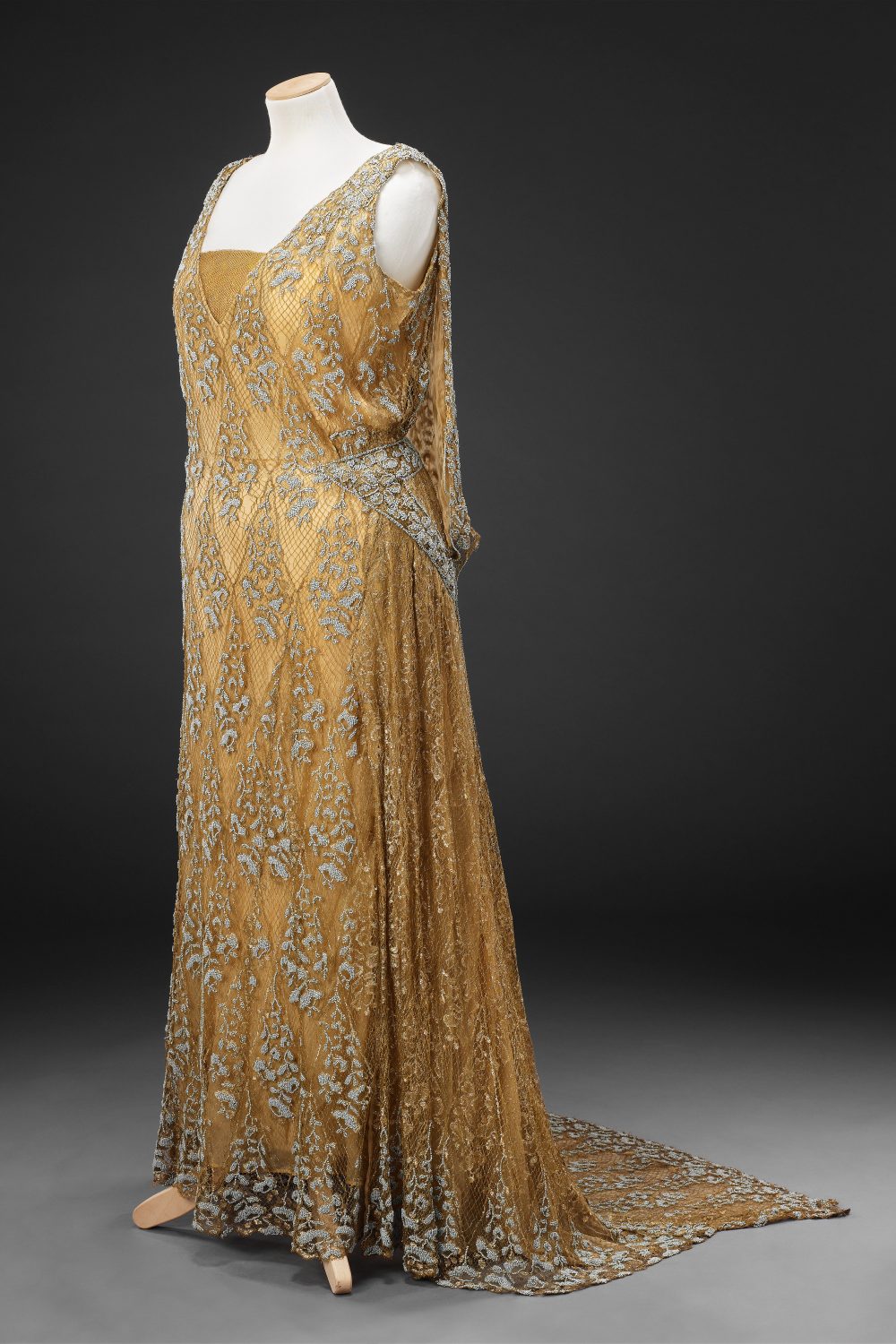 Acquired from the Theatrical Ladies’ Guild

This evening dress, formerly belonging to Princess Alice of Athlone, the last surviving grand-daughter of Queen Victoria, is part of a number of garments and accessories worn by members of the Royal Family now in the John Bright Collection. They were acquired from the Theatrical Ladies’ Guild, of which Princess Alice had been a patron, in April 1981. Her daughter Lady May Abel Smith presented them to the Guild after the Princess’ death earlier that year in order to raise funds for the charity.

The dress fulfils the criteria of a formal royal evening dress, being ornately grand, glamorous yet refined, and eye catching enough to mark out the royal guest in a crowded room. It is made of dull gold coloured mesh woven with floral spray motifs over silk chiffon. Down the front and back and around the hem these floral sprays have been embroidered with tiny pale turquoise beads. The back has a separately cut panel to below the waist and a square cut train which is integral to the skirt but appears separate owing to the application of separate bands as a visual border. The lining of satin faced crepe is simply constructed, with black/gold shot tape over the shoulders to support the dress’s considerable weight. There are no openings or fastenings.

In a photograph taken by W.G. Phillips Princess Alice can be seen wearing this dress to a dinner for the African Society in Mayfair Hotel London on May 13th, 1931. She was guest of honour along with her husband the Earl of Athlone, Governor General of the Union of South Africa from 1924, whose term of office had recently come to an end. The Princess stands regally and ramrod straight, the dress flowing gracefully from shoulder to hem. It is accessorised with a tiara worn fashionably low, jewellery appropriate to the occasion, long evening gloves, a small clutch bag, and gold kid shoes. 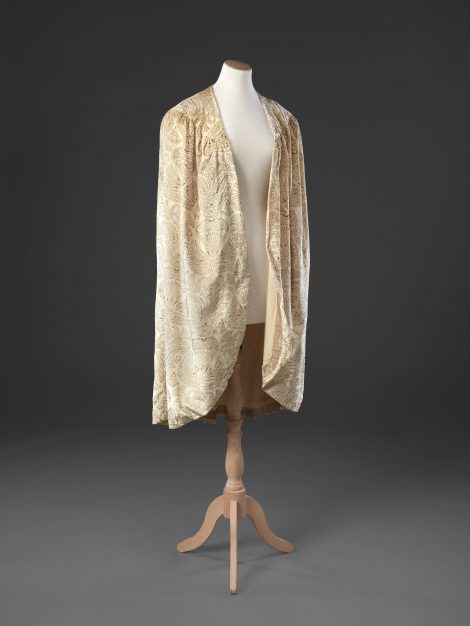