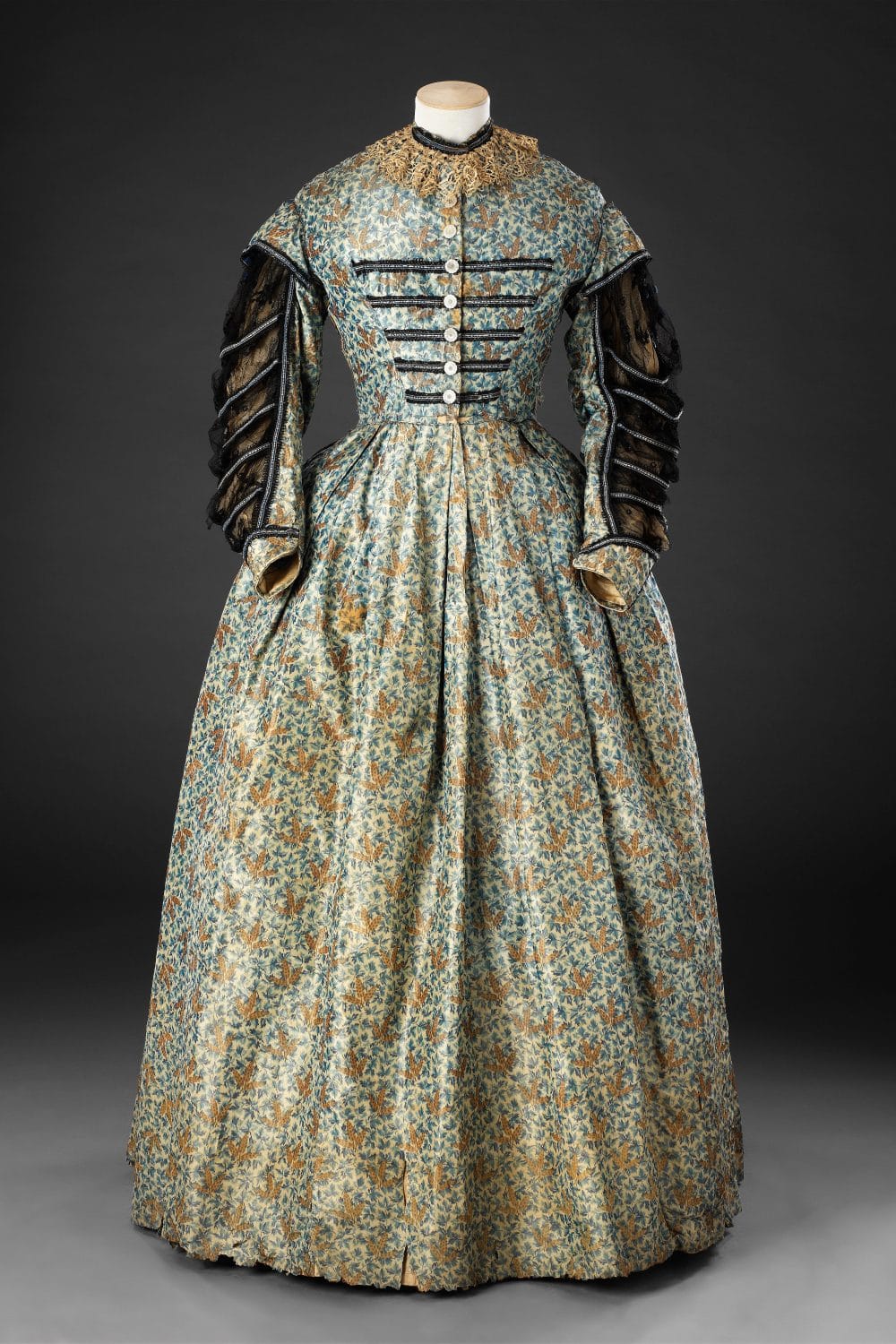 The dress originally belonged to the late costume designer Shirley Russell, the first wife of the director Ken Russell and with whom she worked on most of his early films. They met at college and married in 1957.

Shirley Russell wore this dress to be photographed by her husband on their honeymoon in Yorkshire (see Additional Images). He described the occasion in Joseph A. Gomez’s book Ken Russell (Frederick Muller Ltd, 1976, p.19):

‘We had our honeymoon at Haworth, where the Brontë sisters lived. I dressed Shirley up in Victorian gear, and we tramped all over the moors, evoking the spirit of the Brontës, against the backlit grass and mud. I photographed the churchyard, the couch where Charlotte died, and so forth.’

Russell was working as a photographer for illustrated magazines at the time, and it is possible that he saw these photographs as potential for an article.

With its small-scale patterned fabric, high-necked, front-fastening bodice, straight waistline and long sleeves, it is similar in character to Charlotte Brontë’s so-called ‘Thackeray dress’ in the Brontë Parsonage Museum at Haworth.