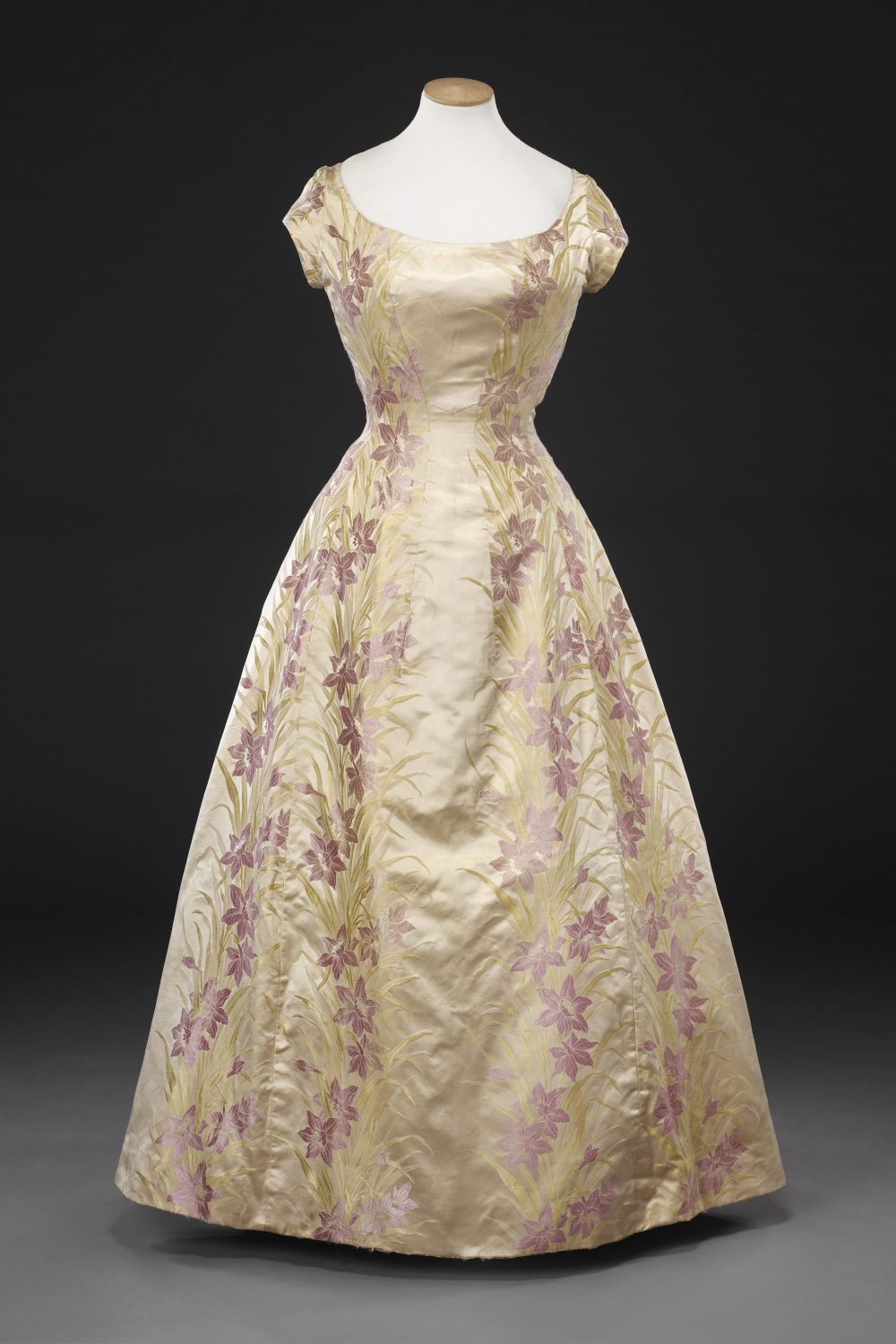 Acquired from the Barnicoat family of Dorset

Apart, perhaps, from the quality of the silk from which it has been made, there is little to indicate that this dress is other than a fashionable evening gown of around 1954 when it was worn by a member of the family from whom it was acquired. It is, however, a little altered dress of the mid 1890s which, according to the family, was designed by the couturier Charles Frederick Worth. Its original owner, probably wearing this dress in her mid twenties was likely to have died in the late 1940s or early 1950s when clothing was still affected by post war shortages, and her beneficiary took the opportunity to reuse such a fine quality garment.

The princess line gown, with vertical seams down its length and no waist seam, was attributed to and popularised by Worth, and revived in the mid 1950s (see Additional Images). All the vertical seams, overcast by hand, of the original dress have been retained, as have the light brown silk lining, the stiff interfacing, and fastenings below waist level. New panels have been inserted at the centre front of the bodice and at the centre back where one side of the original lacing holes has been used as a placket to the modern zip, the other removed. The boning has been taken out of its casings and the neckline altered to a more fashionable line. The short sleeves and bodice panels were cut with pinking shears from pieces left over from shortening the skirt and from the large area of silk provided by the very full discarded sleeves. 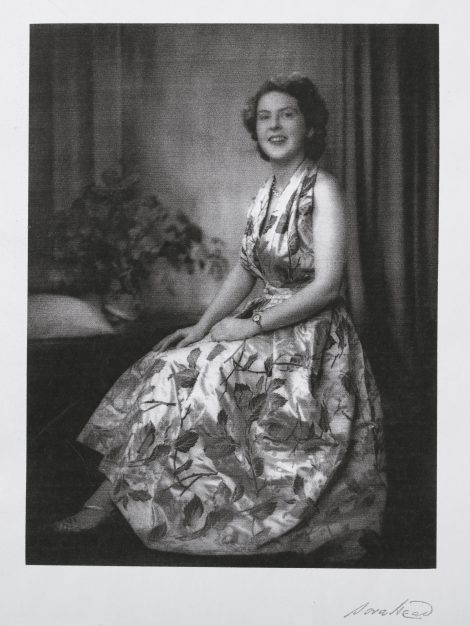