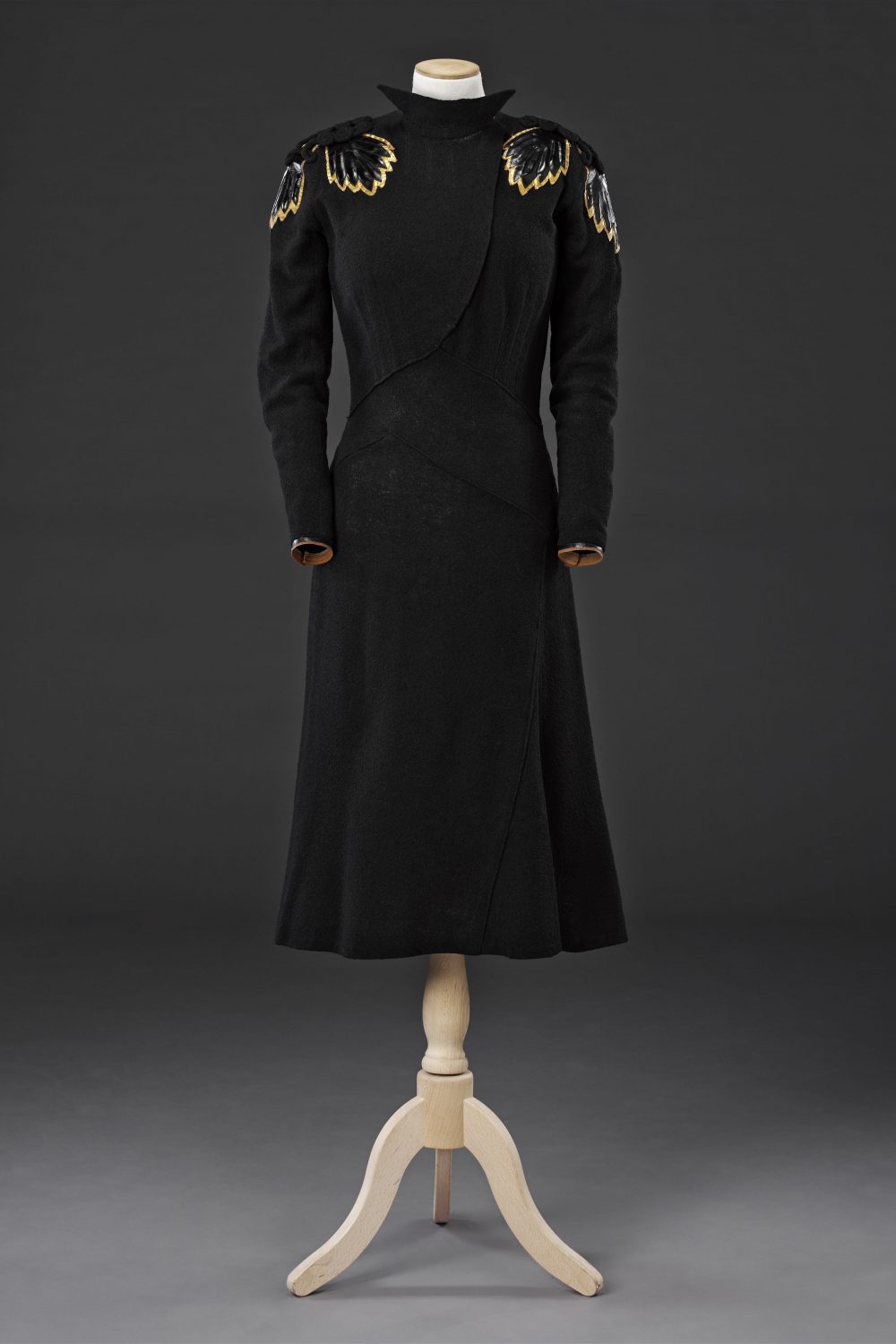 The Swiss born, Paris based couturier Robert Piguet worked for Paul Poiret and Redfern before setting up his own business in 1933. Dior, Balmain and Givenchy in turn launched their own successful post-war careers after having gained experience in Piguet’s salon.

Piguet excelled at designing day dresses, being described by Vogue as the ‘master of the little wool dress’. This example of a wool day dress combines elements established earlier in the 1930s – the use of asymmetrical, diagonal seaming to achieve a sleek line, with chunky trimmings and a broadening shoulder line that characterise the second half of the decade into the 1940s. The large black and gold leather leaves emphasise the shoulders, as does the series of pairs of rouleau spirals. Such bold trimmings were often inspired by films set in the past in which costumes were interpreted in a dramatic manner, their details eclectically adopted into contemporary fashion. The skirt has been shortened at a later date as hemlines rose.

The identity of the name Marlière, which appears on the dress’s label along with that of Piguet, is unidentified at present. In an article on Piguet’s Autumn 1938 collection, published in ‘Le Figaro’ on 8th August that year, Marlière was credited with having made hats ‘d’une allure très nouvelle’ to complement Piguet’s outfits, suggesting that Marlière might have been a milliner.