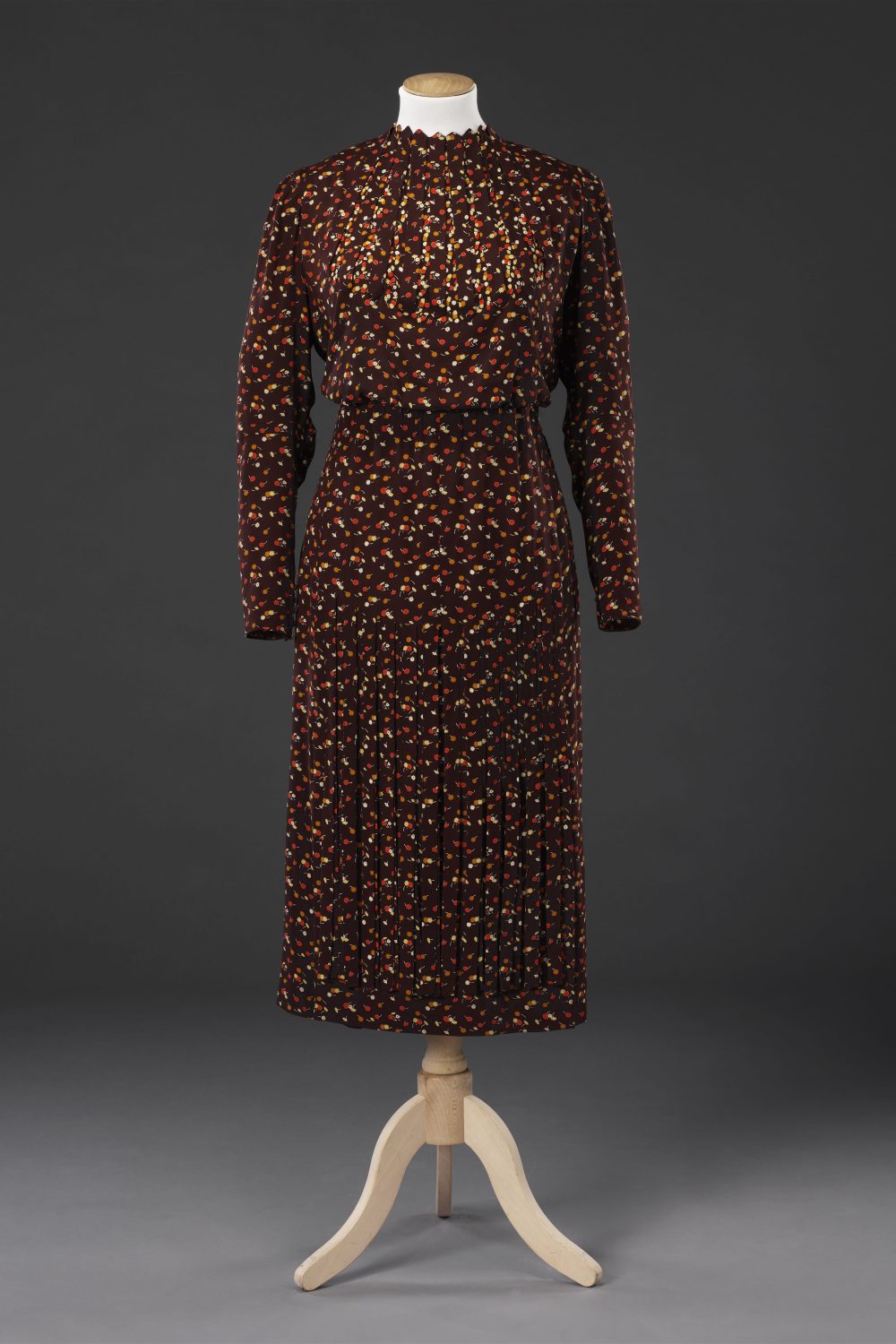 Any study of day and evening dresses dating from the late 1920sto the years before the Second World War will reveal the level of skilled craftmanship that could be involved in their manufacture, Pioneers of the fashion world such as Madeleine Vionnet had fuelled the demand for intricately constructed clothes, frequently bias cut, made from fabrics such as chiffons and satins that were difficult to work with. At the top end of the market the ateliers of the couture houses provided very high quality garments, both in their construction and materials, to those who could afford to pay for labour intensive work. The flourishing ready to wear trade catered to the mass market with clothes available in high street shops and department stores, and the popularity of home dressmaking was aided by the sale of paper patterns, fabrics and trimmings. A further method of acquiring clothes, especially for middle and upper class women, was to employ the services of a professional dressmaker. These dressmakers trained as apprentices with established court dressmakers or couture houses, or in one of the needletrade schools that from the early years of the 20th Century were set up to provide young girls with skills to a high standard that would enable them to follow a career in the fashion industry. Frequently working from home, dressmakers were able to build up a clientele whose custom could remain loyal for decades.

Although its source is unknown, this unlabelled dress is such a tour deforce of workmanship that it bears the hallmarks of an extremely skilled professional dressmaker. Made of printed crepe de chine, its scattered sprig pattern masks the intricacy of its construction. Across the front of the bodice nine bands of silk are attached around the neckline and at chest level, slightly fanning out; beneath, in the narrow gap between each band, groups of two or three of the floral sprigs of the silk (over a hundred in all) have been cut out and stitched on by hand to form a denser effect to the pattern. Twelve vertical strips of silk run across the lower part of the front of the skirt, their upper ends cut in one with the top of the skirt; each is stitched along half its length where it becomes double – one strip on top of the other – with an inserted piece. Originally these freely hanging bands, that would have moved in wear, terminated at hem level, but the hem has been lengthened at a later date. In common with many contemporary dresses, its complexity is limited to its front, the back being quite plain. The high standard of workmanship is carried through in the hand finished seams, the tiny covered buttons and handworked loop fastenings, and the intricately quilted and pleated pads beneath the shoulders.