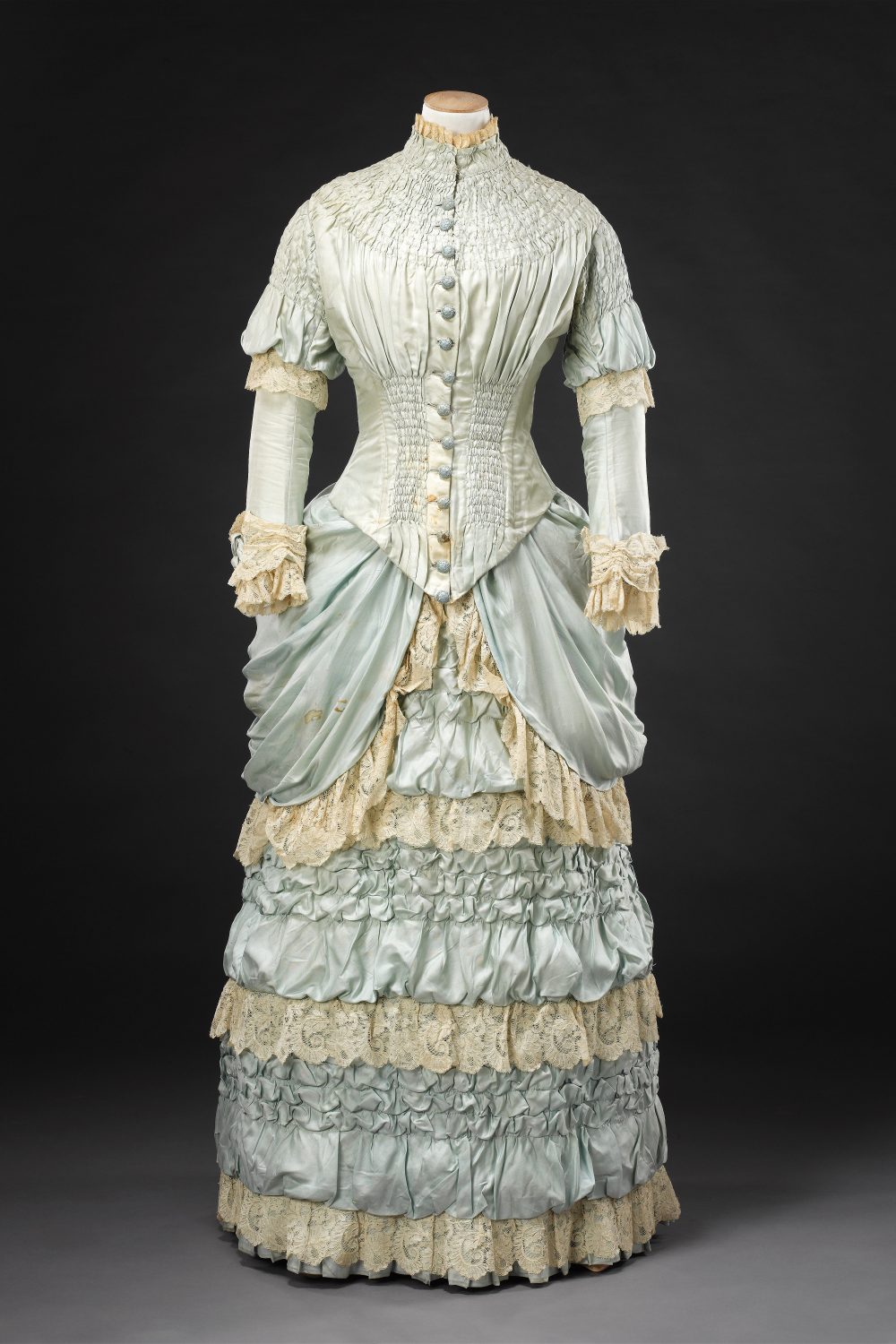 Two day dresses of the very early 1880s in the collection demonstrate differences and similarities dictated by wealth, class and occasion: the two-piece dress in this image and the one piece dress seen as a Related Item. The brown dress is roughly constructed of stout fabric with inexpensive buttons. Despite its dark contrasting bands and horizontal waistband that hark backwards in style, its slim line, bustle back, areas of ruching and broad neckline are all contemporary features shared with the more up to date blue silk dress, and it probably belonged to a lower middle or working class woman who aspired to be fashionable.

This pale blue silk dress, an afternoon dress of an affluent woman, clearly involved hours of expensive work in its construction from fine silk twill. Although a stylish contemporary garment, its softly draped fabric of a delicate due, puffed and ruched in imitation of smocking, suggests the influence of artistic dress. By the early 1880s middle and upper class women with cultural interests would have been aware of the impact of the Arts and Crafts and Aesthetic movements on the fine and decorative arts. The espousal of an idealised rural past and the exotic Far East was a reaction against the industrialisation of Western Society, and their influence can be seen, for example, in the book illustrations of Kate Greenaway (see an example here). Dedicated followers of these movements became ridiculed in the pages of the magazine Punch and on stage in Gilbert and Sullivan’s light opera Patience of 1881. In the same year, William Powell Frith’s painting Private View at the Royal Academy depicted eminent figures at the Academy’s summer exhibition. A number of women wearing artistic dress are represented by Frith as subject to ephemeral fads, but even those more conventionally dressed appear to have borrowed elements of a picturesque style, ruched and draped, while remaining fashionably corseted, much in the way of the original owner of our dress has done.