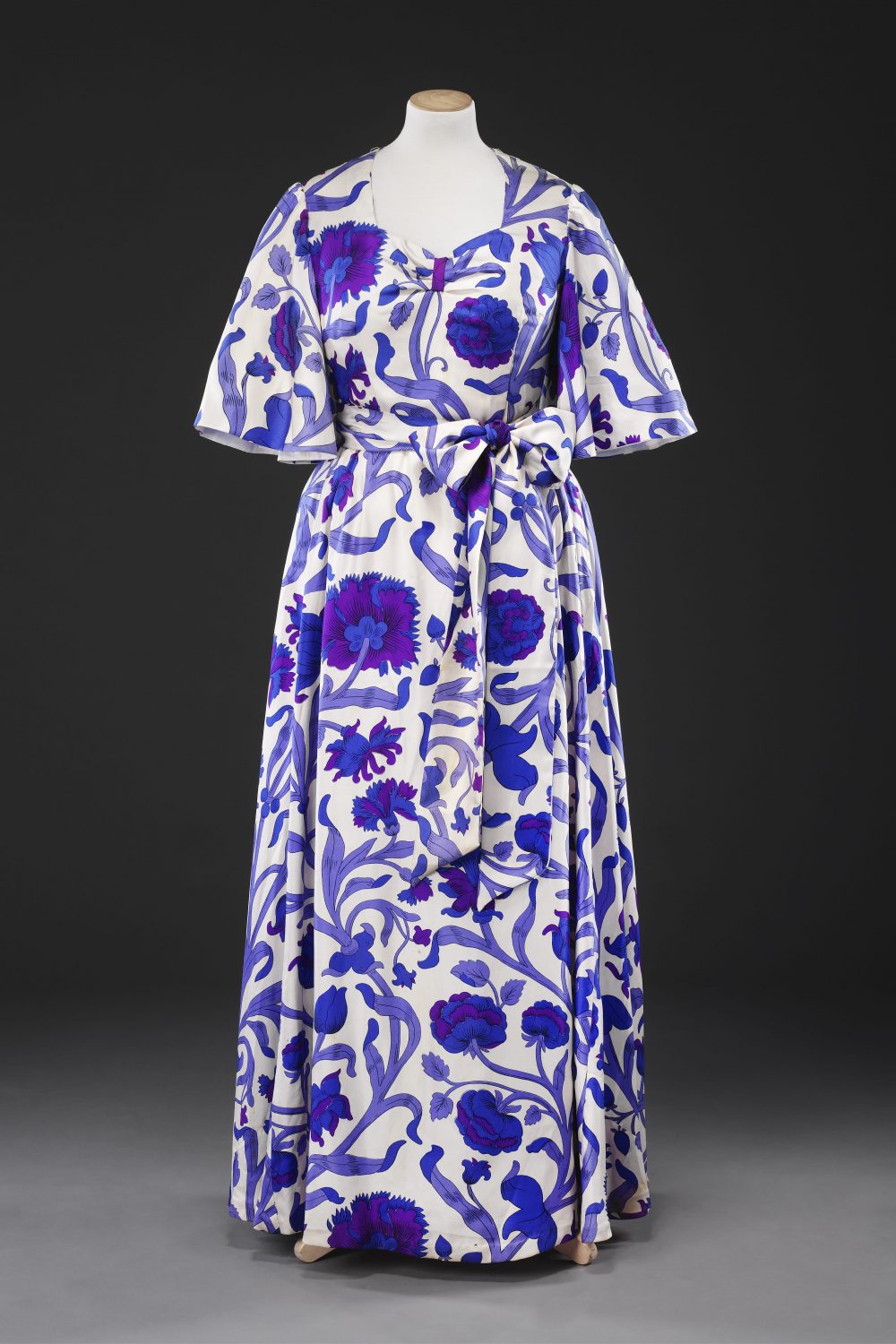 Acquired from David and Elizabeth Barnicoat

This dress is part of a collection originally belonging to a family who travelled widely. It was remodelled in Cairo sometime between 1972 and 1973 from an earlier evening dress of 1962. Its sweetheart neckline and flared elbow length sleeves are characteristic of a popular style of the early 1970s that was loosely based upon 1940s fashion. Part of the original sleeveless bodice and skirt lining survives with the dress, and it seems likely that additional, probably leftover, fabric was used for the remodelling.

The printed silk was chosen from Liberty’s ‘Lotus’ range, newly launched and a major success for the company in the early 1960s. William Poole, of Liberty’s printworks at Merton Abbey, was inspired by a number of international exhibitions on the theme of Art Nouveau to revive the company’s original textile designs in this style. Some, like this example ‘Constantia’ of the 1890s, were recoloured to suit modern tastes, and contemporary fashion photographs show that the various colourways of each design, on white and coloured grounds, produced fabrics of very differing character. The ‘Lotus’ collection was widely used by British, French, Italian and American designers, and enjoyed publicity in such magazines as American Vogue and Harper’s Bazaar.