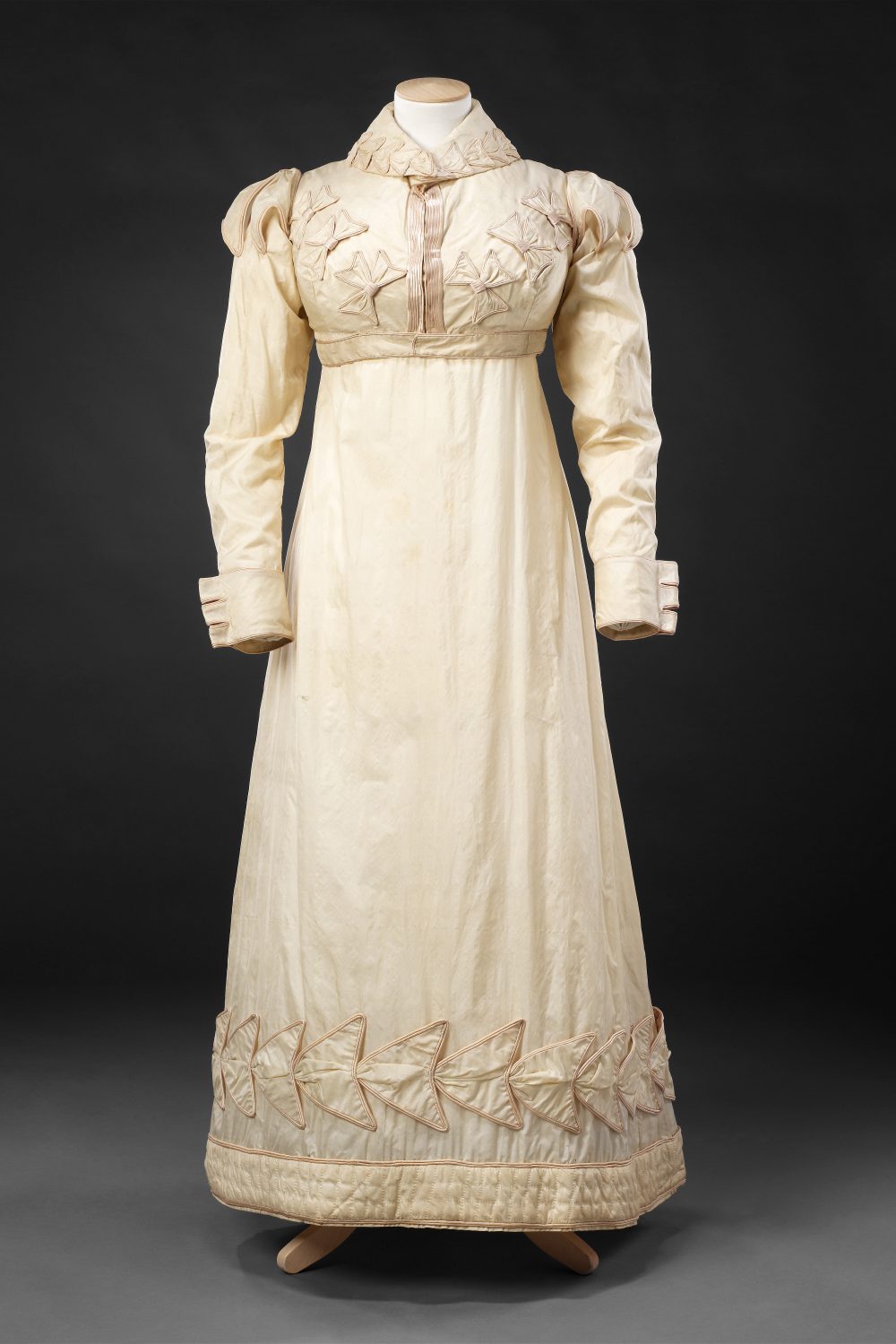 Acquired from Jenny and Malcolm Pearson

This two piece outfit, and the Related Item, are part of a collection of 18th and 19th Century garments originally belonging to and worn by members of the Jane family who were West Country farmers. It comprises a dress and a matching short fitted jacket known as a spencer; the decorative borders of the neckline and wrists of the dress indicate that it was designed to be worn independently of the spencer, but together they form a more ornate outfit, possibly for use as a wedding dress or for summer outdoor wear.

By the second decade of the 19th Century the neo-classical, tubular dresses of the early years of the century had evolved into lines that were more flared and triangular in silhouette, with decoration influenced by military and historical styles. The skirt of this dress is made of fabric that is much crisper than that of the rest of the outfit, holding it out to its quilted, padded hem, the flared line counterbalanced by the V shaped pleats of the bodice and the decoration on the front of the spencer. Many fashionable dresses of this time were trimmed with applied pieces of matching or contrasting fabric, cut into geometric shapes, leaves or petals, their edges emphasised with single or double rows of piping. Often quite simple individually, joined together they could create intricate designs. Here the large overlapping arrow heads, piped in delicate pink satin, that run round the base of the skirt are also used in threes as short oversleeves to the spencer; in smaller versions they border the dress’s neckline and the spencer’s collar, and form trefoils on its front. 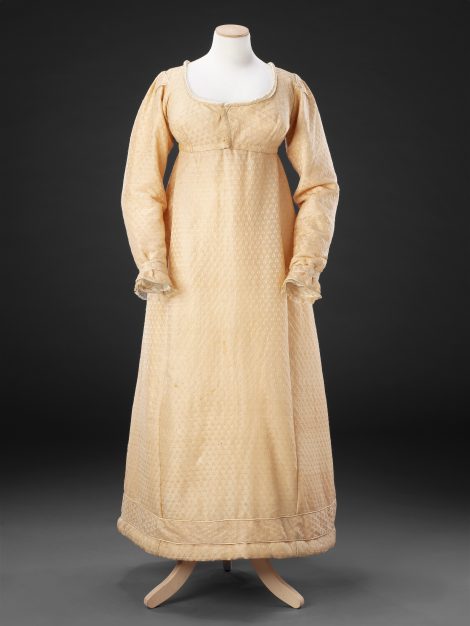