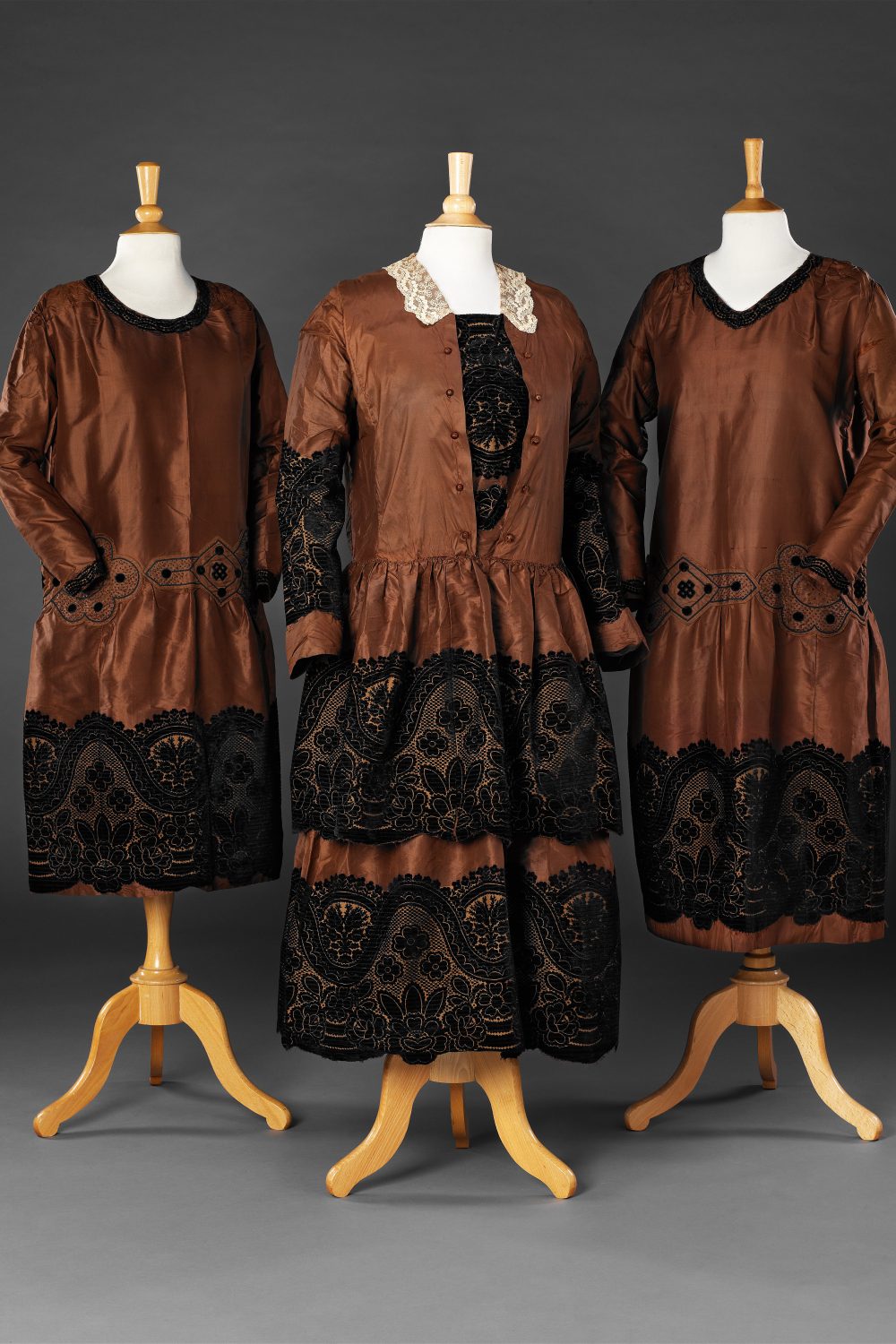 These three dresses were roughly constructed by hand during the 1920s from silk dating from the later 1850s or early 1860s. At this period of the 19th Century, rich dark colours predominated in fashionable wear, and large scale ornamentation was appropriate to the wide silhouettes created by crinoline cages worn beneath dresses. The broad borders of brown silk used for the skirts of all three of these dresses, and on the sleeves and bodice of one of them, were woven à disposition in black cut and uncut velvet in a design that simulated contemporary black lace, and were originally intended to form tiers of flounces covering a bell-shaped skirt. Large motifs, speckled in tiny beads, embroidered with black sprigs, and applied with narrow braid and velvet spots, have been attached around the low waistlines of the two matching dresses, with those on either side of the front left open at the top to form pockets; these motifs would originally have been intended as complementary ornamentation to the skirt flounces.

These intriguing dresses that came into our collection with no provenance pose a number of questions. The reuse of attractive clothing and fabric was an age-old practice; lack of any signs of previous stitching suggests that the dresses were made from unused silk which may have been inherited or become available a few years after the death of the original owner. The matching dresses date from the second half of the 1920s, the other, sewn with different thread, is in the style of the early 1920s. Did this reflect the style gap of two generations of one family, or were they made at different times, and if so, why did they remain together for so long before being acquired for our collection? The extremely rough handsewn construction indicates a temporary use, such as for a party or a theatrical production.