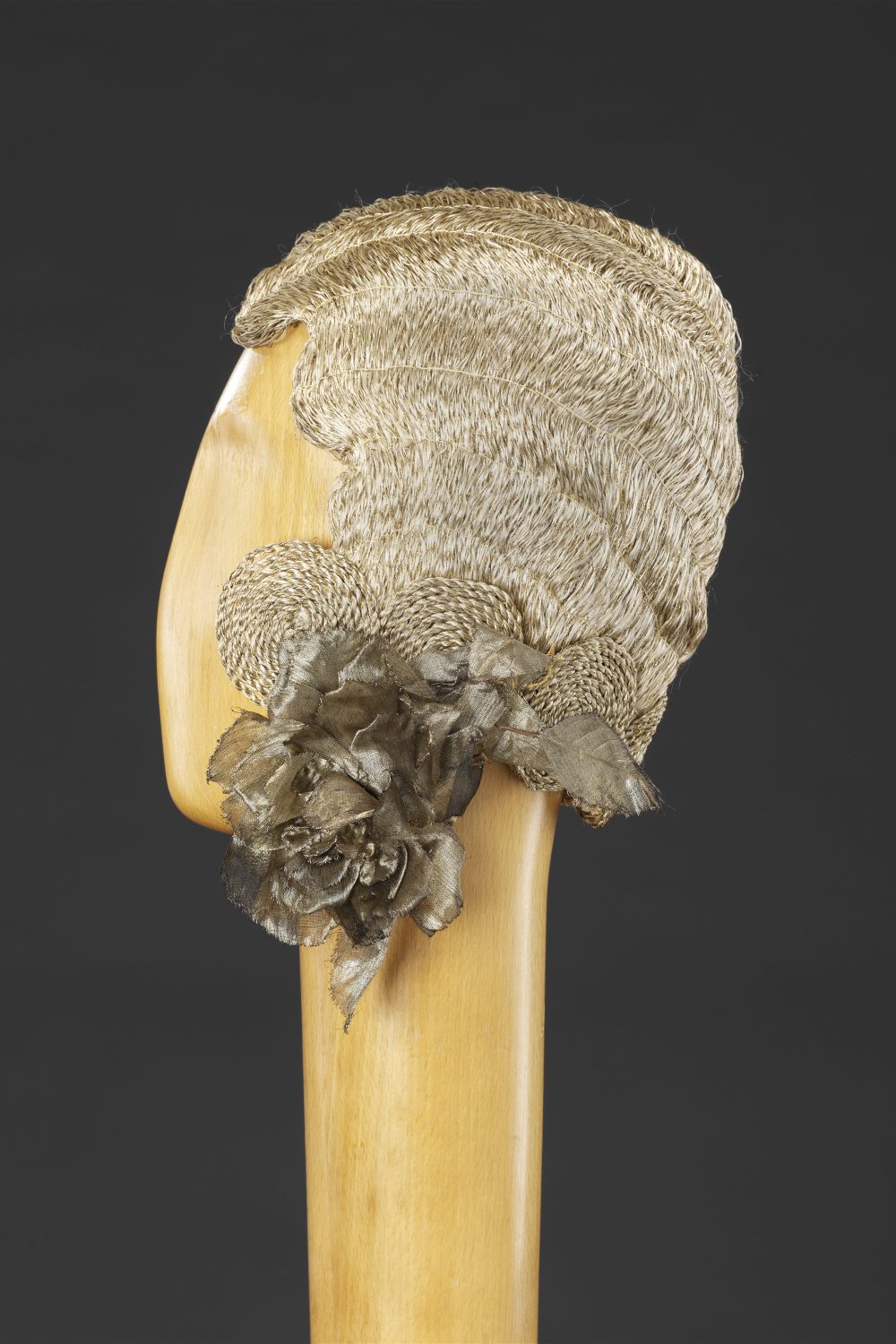 Metallic and rayon thread on net base, trimmed with lamé

This and the other three examples in Related Items are part of a number of evening hats in the John Bright Collection made in the form of wigs. Dating from the late 1920s to the early 1930s they are based on current hairstyles executed in metallic thread or braid. Whether long or short in style the focus of the hair lay towards the base of the head, either above the neck or either side of the face. Dressed close to the head, in common with natural hair and hats of the period, the wig-hats appear helmet-like, conforming to the current fashionable silhouette that was sleek, smooth and glossy, and embracing the contemporary aesthetic of unashamed modernity. They contributed to the light-catching qualities of the beaded, sequined evening dresses with which they were worn.

This example is the most stylised of the four in its treatment of the ‘hair’ around the base. Below the simulated Marcel wave runs a border of roundels that seem a cross between the headphones of the two of our other wig-hats and the curls of the short style. It does, however, bear a similarity to the fanciful depictions of hairstyles in Good Housekeeping magazine in 1930 (see Additional Image) that blur the line between reality and artifice in a stylish manner. The lamé rose on the left side reflects the contemporary practice of asymmetrically extending the base of hats down on one side, often with the use of trimmings. 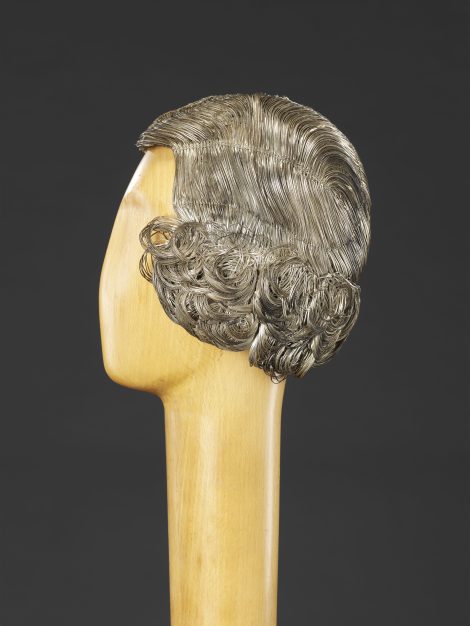 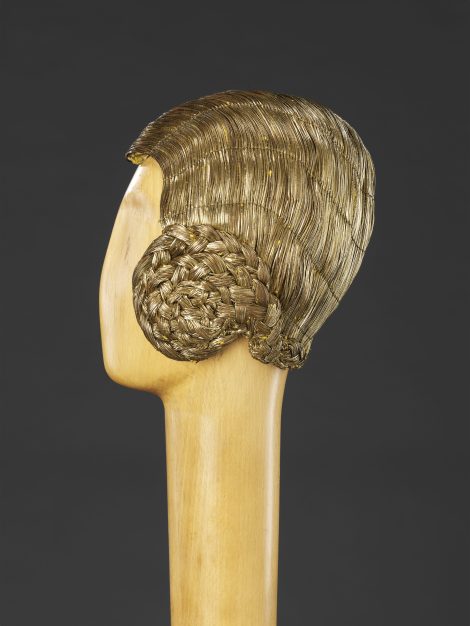 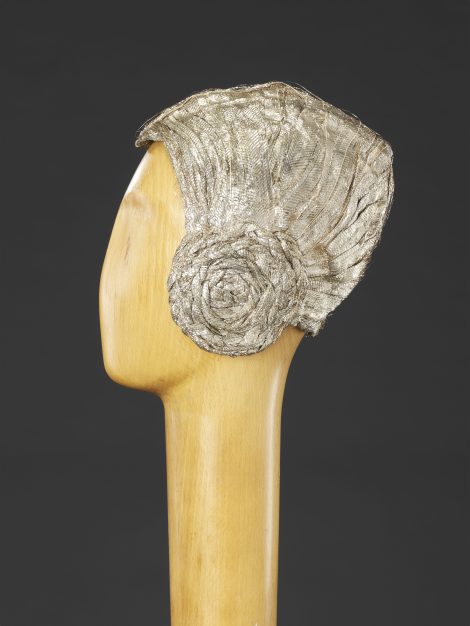