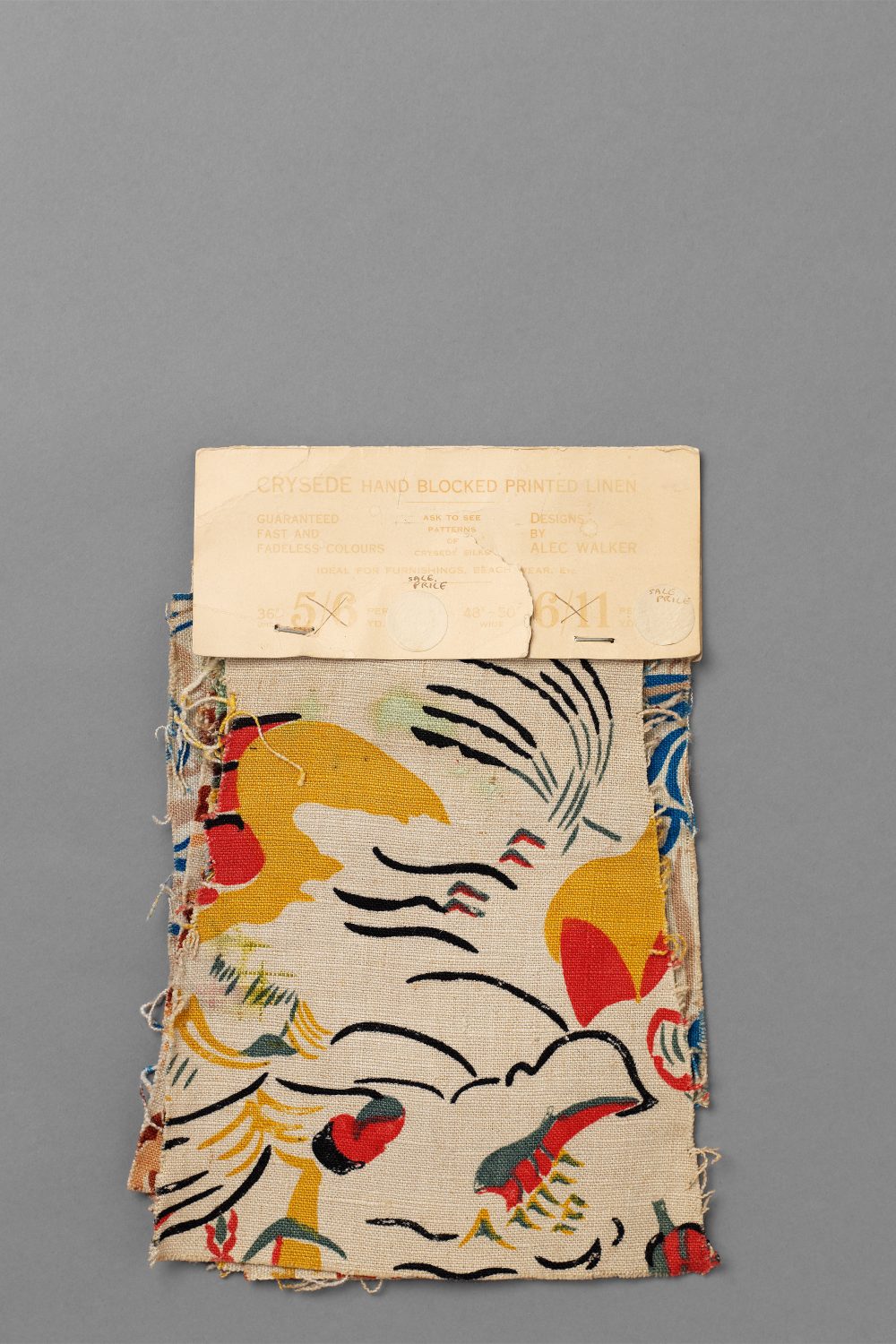 This design ‘Isles of Scilly’, probably dating from the late 1920s, is characteristic of those based on its designer Alec Walker’s paintings and drawings of local landscapes. He is known to have visited the Islands with his wife before their marriage. Used on both linen and silk, ‘Isles of Scilly’ is a large scale design of highly stylised trees and other motifs amongst small waves representing the sea, and can be seen hanging on the wall in a photograph taken on Crysède premises in the late 1920s. 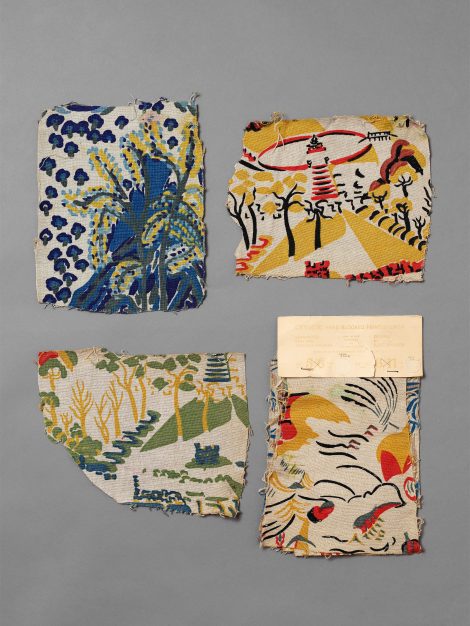