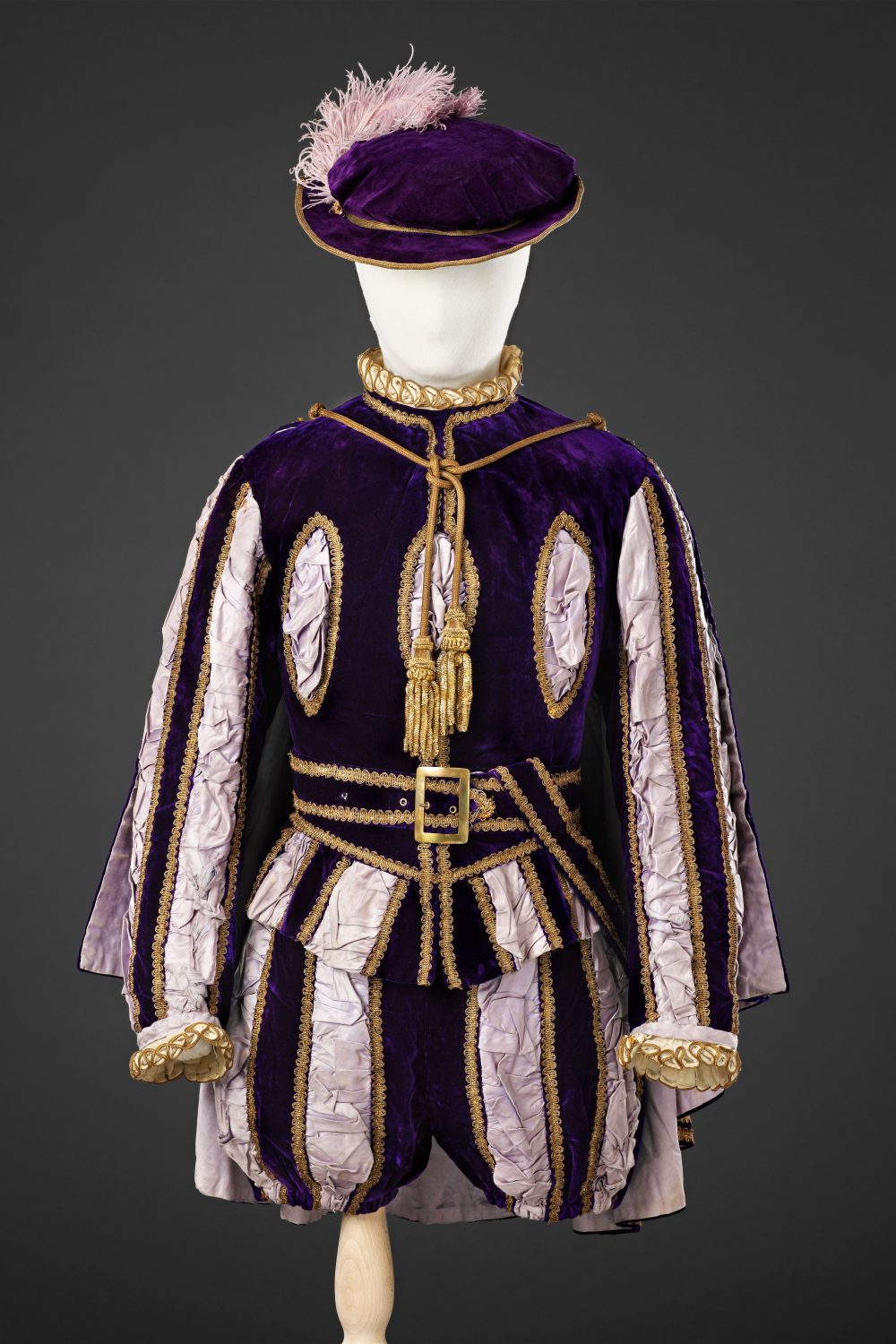 During Queen Victoria’s reign a romantic public interest in history and extensive antiquarian research into the dress of the past fuelled the popularity of fancy dress balls at which the guests were dressed as characters, real or fictional, inspired by original visual material such as portraits and prints. The Queen and her consort Prince Albert held three historically themed balls between 1842 and 1851 that involved a serious quest for authenticity in their planning. The royal couple’s enthusiasm helped to promote all kinds of occasions for dressing up amongst their wealthier subjects and those further down the social scale.

Costumes based upon 16th Century dress, such as this example, were a popular choice for men who could afford to invest in such complex outfits. Intricately slashed and paned, their many components were constructed of silks and velvets, copiously trimmed with expensive braids and other ornamentation. Labour intensive, they were inevitably professionally made by suppliers such as L&H Nathan who hired out their costumes for balls, tableaux, and amateur and professional theatrical productions, and whose clients included the Royal Family. This example is unusual in remaining complete; along with its doublet, trunk hose and cloak, it retains its cap, sword belt, stockings and shoes. (See Additional Images). Nothing is known of its provenance, but the fact that the shoes and stockings in particular have not been lost or worn out, points to them having been put away and stored, possibly as part of a family collection, rather than subjected to the prolonged wear and tear of a theatrical supplier.

Another fine example can be seen as an Additional Image.