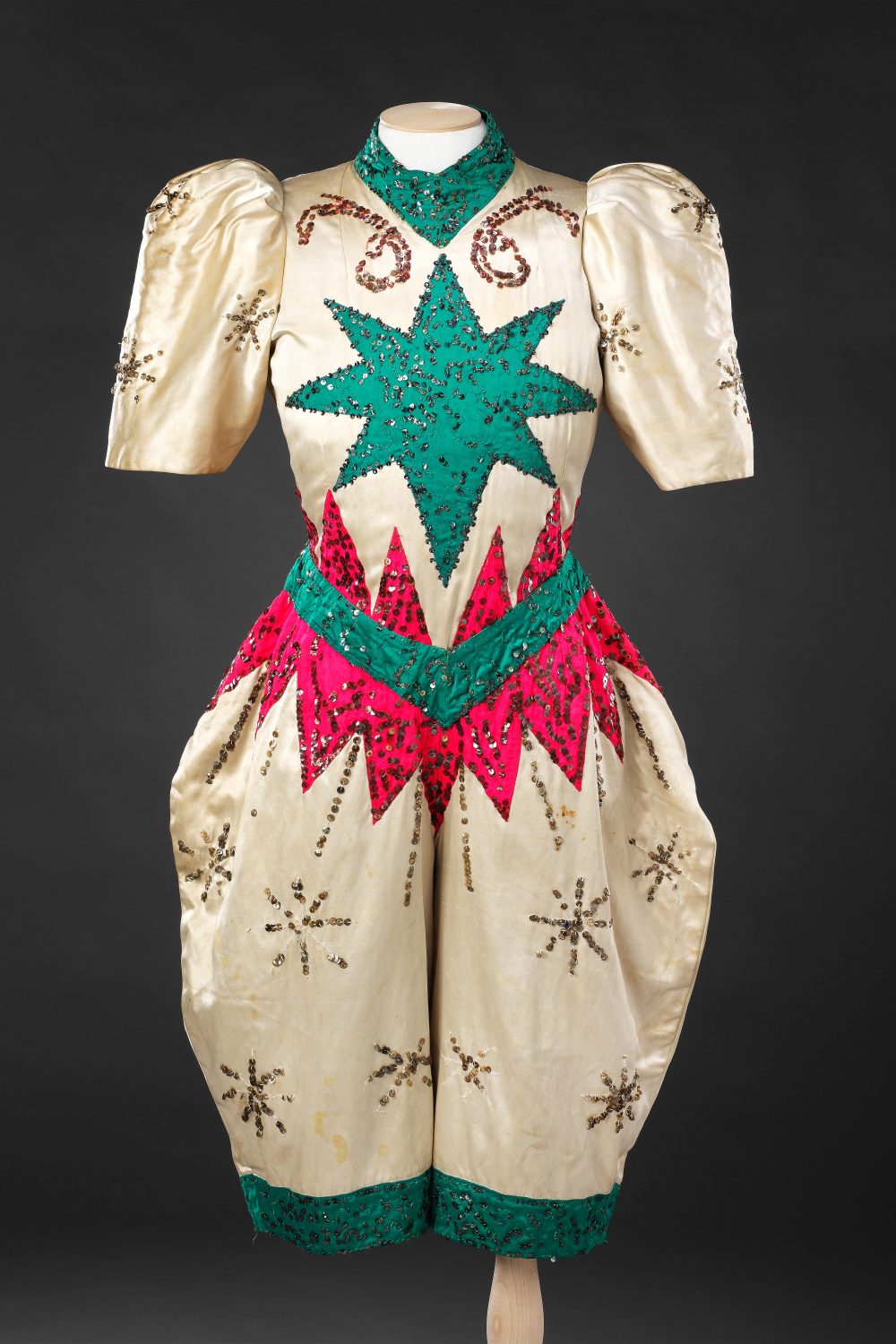 This one piece outfit is characteristic of costumes worn by ‘white face clowns’, with its full sleeves pleated in to the shoulder, fitted bodice, and short trousers curving out from the waist and back in to the hem. As their name suggests, these clowns wore heavily made up white faces beneath conical hats and elaborately decorated one piece costumes that frequently sparkled with sequins. The famous entertainer Joseph Grimaldi is credited as the originator of such clowns in the early 19th Century, but as with all forms of popular entertainment, true origins can reach back into the mists of time. Later in the century resplendent, yet refined, white face clowns were seen to complement the baggy clothed, red-nosed clowns wearing large shoes with which they appeared in circus acts. (See link: www.circopedia.org/File:Bertram_Mills_Circus_1949.jpg)

Although our costume has lost some of its sequins, this does not detract from the visual impact of its sophisticated symmetrical design. A large green star is emblazoned on the front, and the pointed green collar is echoed by the dip of the waistband at the centre front; the bright pink panel zig-zagging above and below the waist adds to the colour and vibrancy, and sequined stars and other motifs suggest the excitement of a firework display. The Victoria and Albert Museum owns an even more sequin-encrusted white face clown costume, worn around 1950 by Jackie Sloan, who appeared at both Bertram Mills’ and Chippenfield’s circuses, that was made by Parisian ‘Costumier to the Stars’ Gérard Vicaire.

Our costume bears the label of Alec Shanks whose studio in Garrick Street, Covent Garden (the centre for many theatrical suppliers) made costumes for nearby West End, and other, theatres from the 1940s.