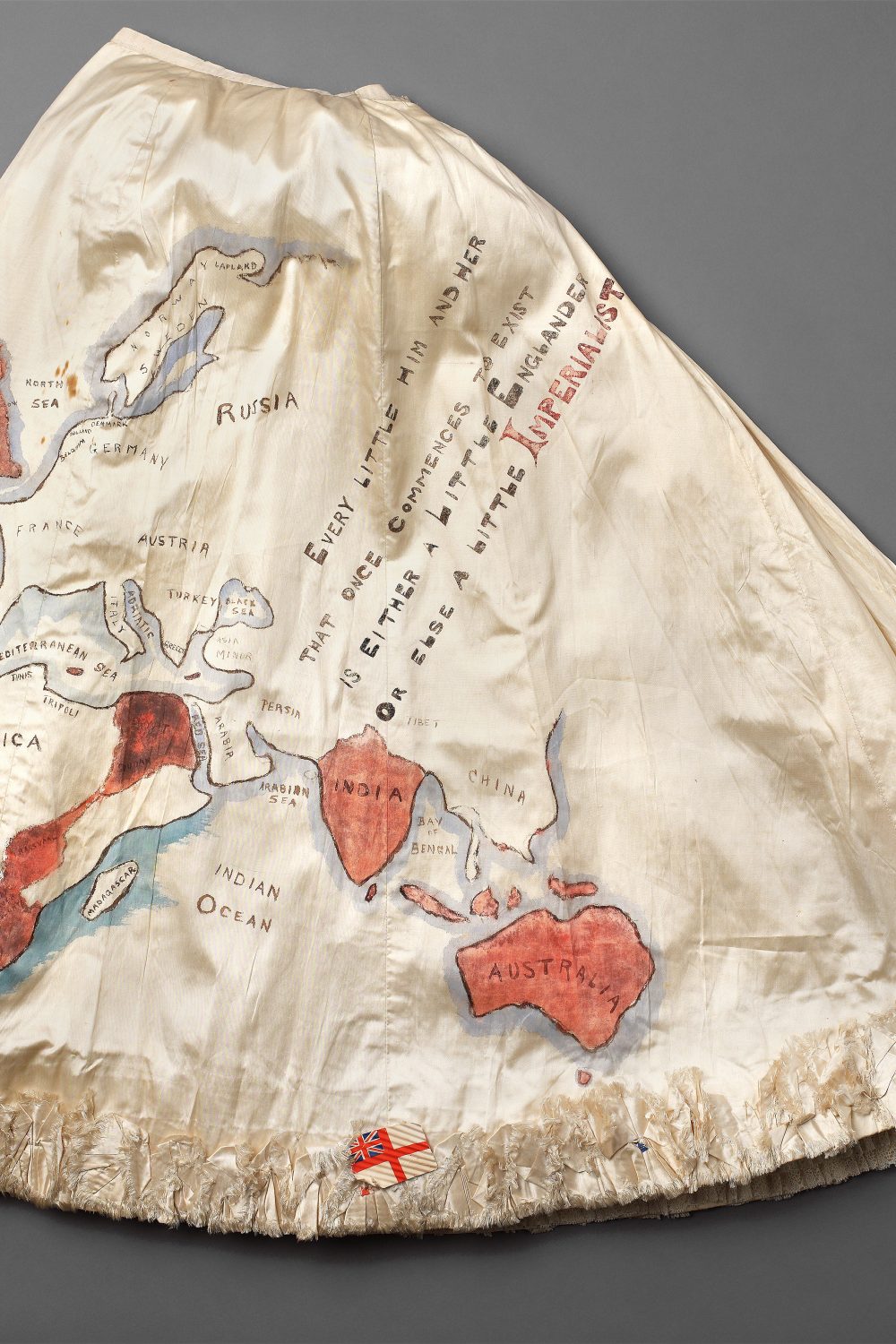 The later decades of the 19th Century and the Edwardian era were a period in which grand fancy dress balls were held by royalty, the aristocracy and London society, one of the most renowned being the Devonshire House Ball of 1897. Guests dressed as characters mainly drawn from history, classical mythology and literature, the costume is professionally made by tailors, dressmakers and theatrical costumiers.

Their middle class contemporaries with a taste for fancy dress parties used their skills and ingenuity to produce costumes that were generally more entertaining and creative in concept, interpreting themes such as ‘justice’, ‘love’ and ‘wealth’, and inanimate objects like ‘the sea’, ‘a cup of tea’ and ‘painting’. In this they were guided by the many magazines, catalogues and books published to satisfy an eager market (see Additional Images for examples for the 1880s taken from Mrs Leach’s Fancy Ball Costumes and a Supplement to Ladies’ Treasury in ‘Related Items’).

Two examples in the John Bright Collection, the Lily Pond dress and (see Related Item) and this British Empire skirt were painted by hand, probably at home as a hobby. The cream satin skirt, part of a dress now without its bodice, which would have been decorated in the same vein, is competently and professionally made, with a stiffly dressed lining. It is painted with a map of the world, each country outlined and named in brownish-black, the coastline in light blue, and the countries of the British Empire filled in with pink. On the left side is a jingoistic ditty characteristic of its time,

‘Every little him and her

That once commences to exist

Is either a little Englander

Or else a little Imperialist’

Small paper white and red ensigns, flown to identify British military and civilian vessels, are attached to the hem, some now missing. 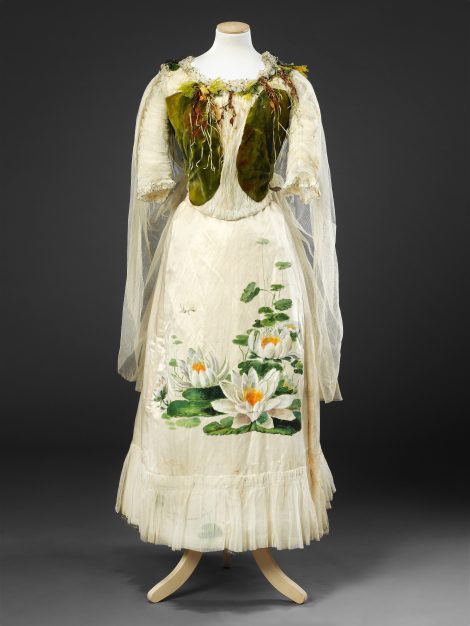 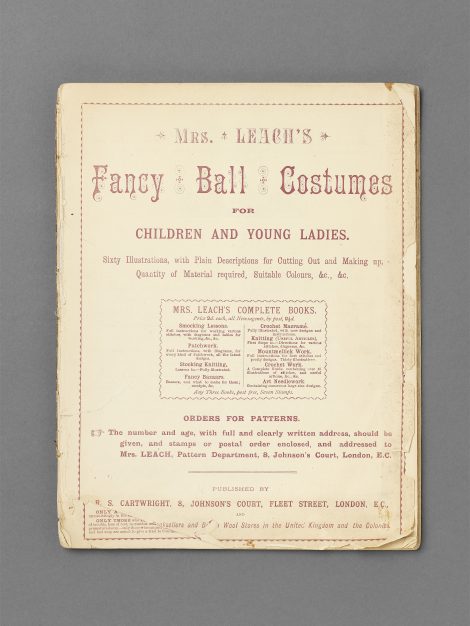 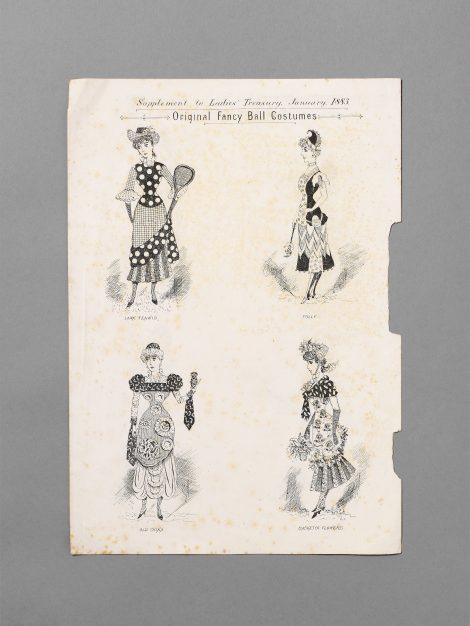