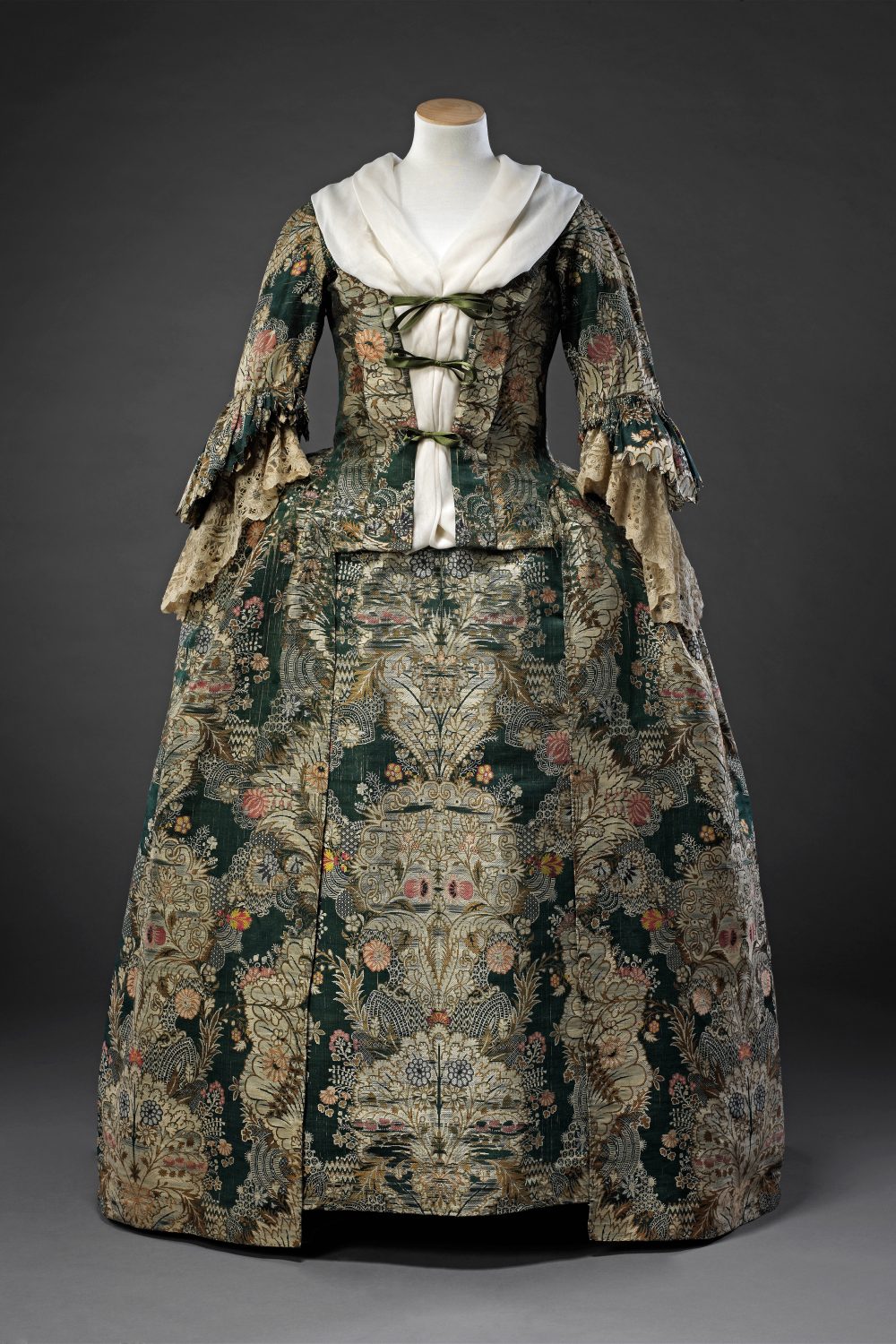 Acquired from the Castle Howard Collection.

The gown and matching petticoat was bought at the October 2003 auction of the Castle Howard Collection after the closure of its galleries. In 1964, the costume collector Cecile Hummel was invited by the owner of Castle Howard, George Howard, to establish her large collection as a museum in the house’s stable block. This collection, which was added over the years with gifts, loans and purchases, was displayed chronologically from the 18th to the mid 20th Century in contemporary settings of furniture and paintings belonging to Castle Howard. The collection was sold in order to provide funds for essential repairs to the main house. The gown was photographed in extremely soft focus for the 1975 publication Costume at Castle Howard, worn by a woman seated at a piano. Some alterations were made to the petticoat, probably around this time.

In common with many surviving 18th Century dresses its 1720s silk predates the 1750s style of the garment, luxurious, expensive fabrics being frequently remodelled into more up to date designs. It is probably English, although widespread copying and the influence of the French silks make its provenance uncertain. This and similar silks were known as lace-patterned, at their height through the 1720s, that were characterised by a long repeat, symmetrical to a vertical axis, of a delicate lace-like design, often with small brocaded flowers. Their suitability to the full bell-shaped skirts of the period can be seen in the etchings Recueil des différentes modes du temps by Antoine Hérisset. Colonial Williamsburg owns a similar dress of lace-patterned silk, also on a dark green ground.