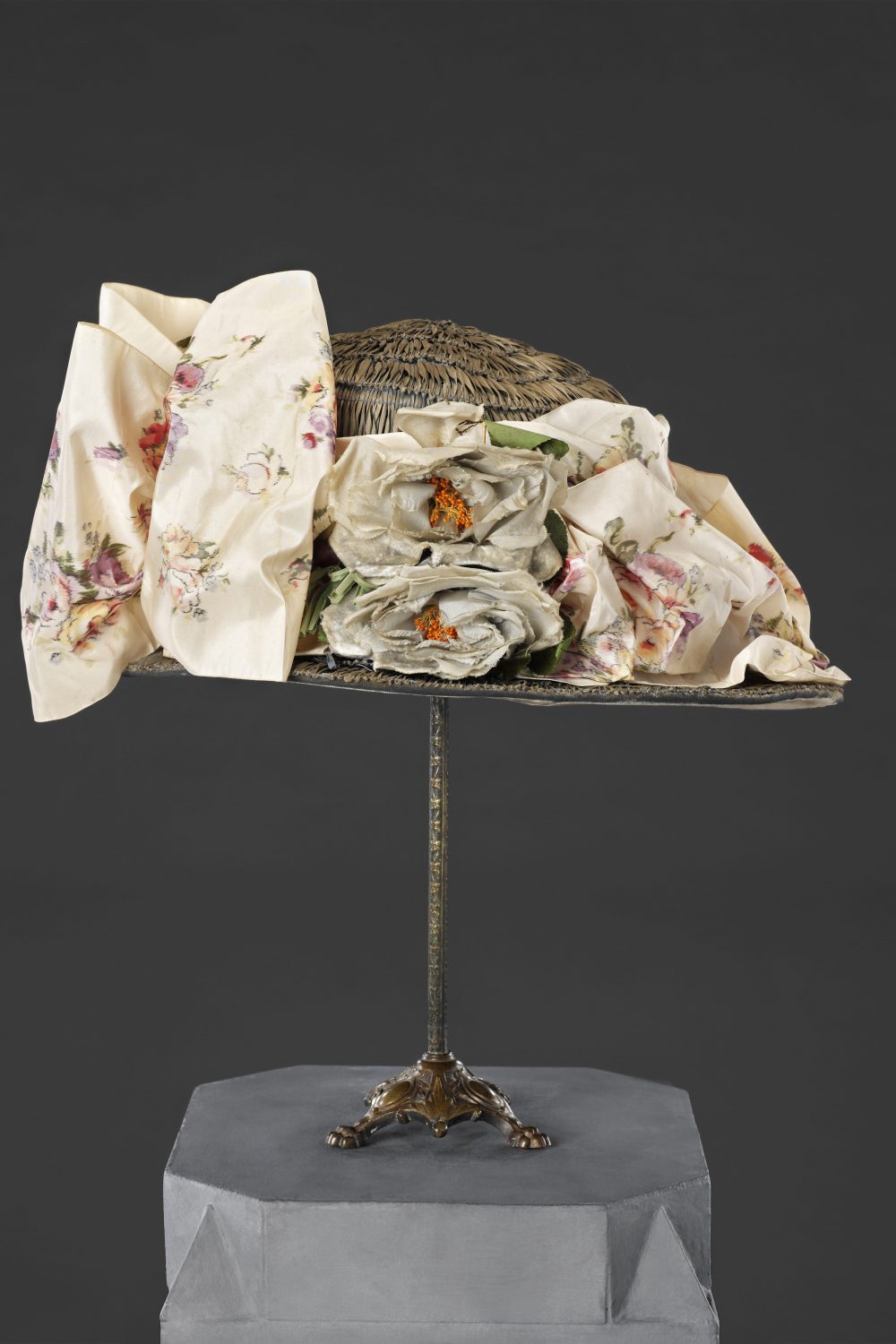 The hat is made of broad raffia braid, a fibre made from the leaves of palm trees, on a frame of wire and stiffened net, the underside of the brim being covered in velvet. Its large shape harks back to the enormous, extravagantly trimmed confections of the late 18th Century, and like its forebears it is dramatically decorated, with cream warp printed ribbon, 22 cm or 8 ½ ins wide, draped and looped around it. Its generous dimensions were not designed to enclose the head but perch on top of the hair, as is evident from the opening in the brim’s underside that measures a mere 16 cm or 6 ½ ins across.

The hat is one of several bought at the 2003 auction of the Castle Howard Collection after the closure of its galleries. In 1964, the costume collector Cecile Hummel was invited by the owner of Castle Howard, George Howard, to establish her large collection as a museum in the house’s stable block. This collection, which was added over the years with gifts, loans and purchases, was displayed chronologically from the 18th to the mid 20th Century in contemporary settings of furniture and paintings belonging to Castle Howard. The collection was sold in order to provide funds for essential repairs to the main house.