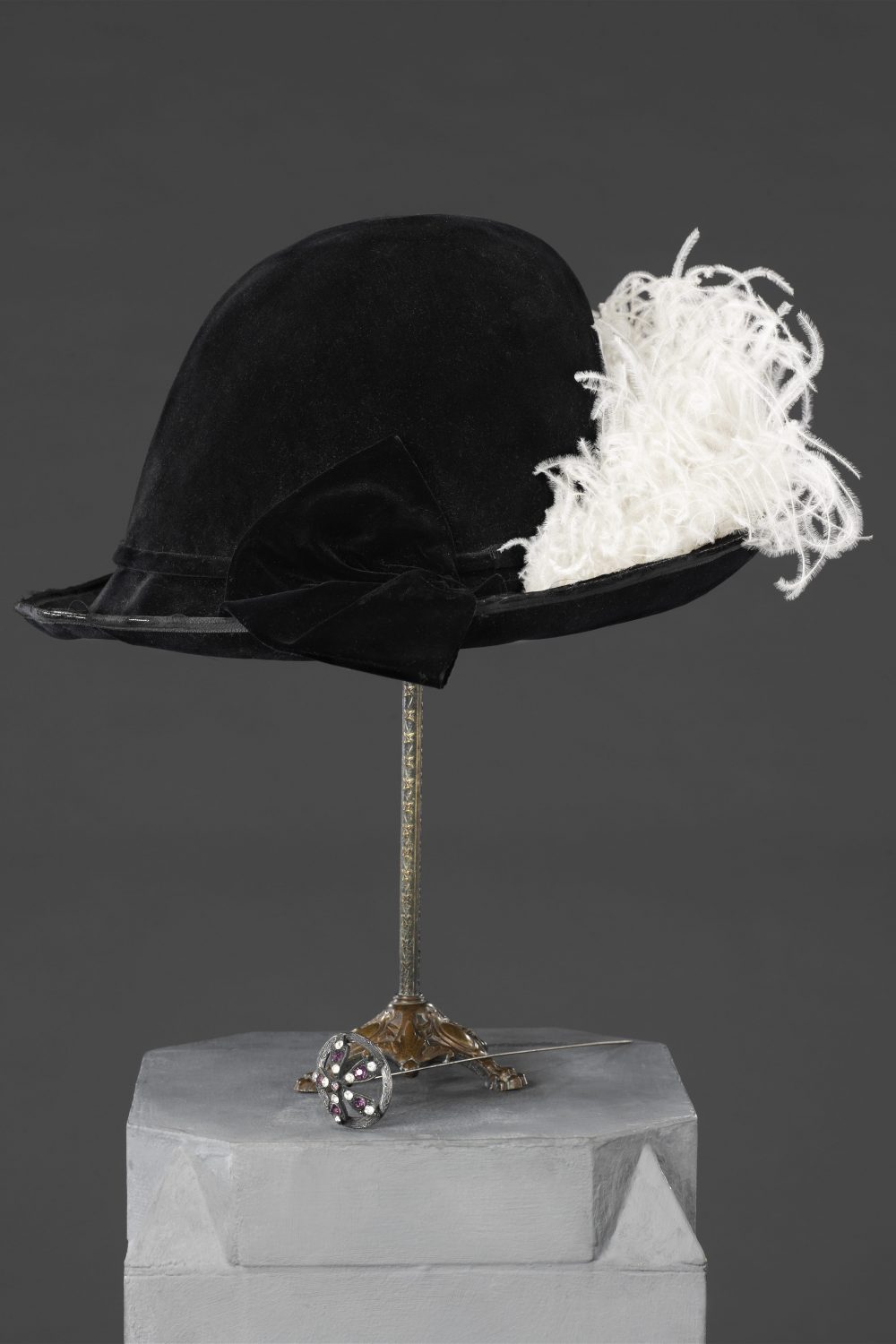 Following on from the highly trimmed hats of the first decade of the 20th Century, often sitting like plates upon elaborate hair styles, came more sculptural styles such as this example of black velvet. The outsized crown sweeps down dramatically at the front (on the left of the image), its silhouette softened by the strongly contrasting white ostrich feather. Similar hats being made and displayed at Maison Lewis were recorded by the well-known photographic studio Bassano in 1910: (https://www.npg.org.uk/collections/search/portrait/mw81567/Hat-making-Maison-Lewis?LinkID=mp69516&role=sit&rNo=1 ; https://www.npg.org.uk/collections/search/portrait/mw81605/Hats-and-boxes-Maison-Lewis)

Beneath the hat can be seen an essential accessory for anchoring it to the hair, a large metal hatpin decorated with pastes. Introduced in the 1890s, hatpins provided scope for ornamentation in materials such as porcelain, enamels and semi-precious stones. This example is one of a small collection originally belonging to the mother of the Anglo-Irish couturier John Cavanagh that includes a pin topped with a filigree metal butterfly and a set of six of varying length with black glass beads at their head. Mrs Cavanagh lived in the basement of the family home in Pembridge Gardens, Notting Hill, where her son, who ran his London fashion business from 1952 to 1974, occupied the rest of the house.