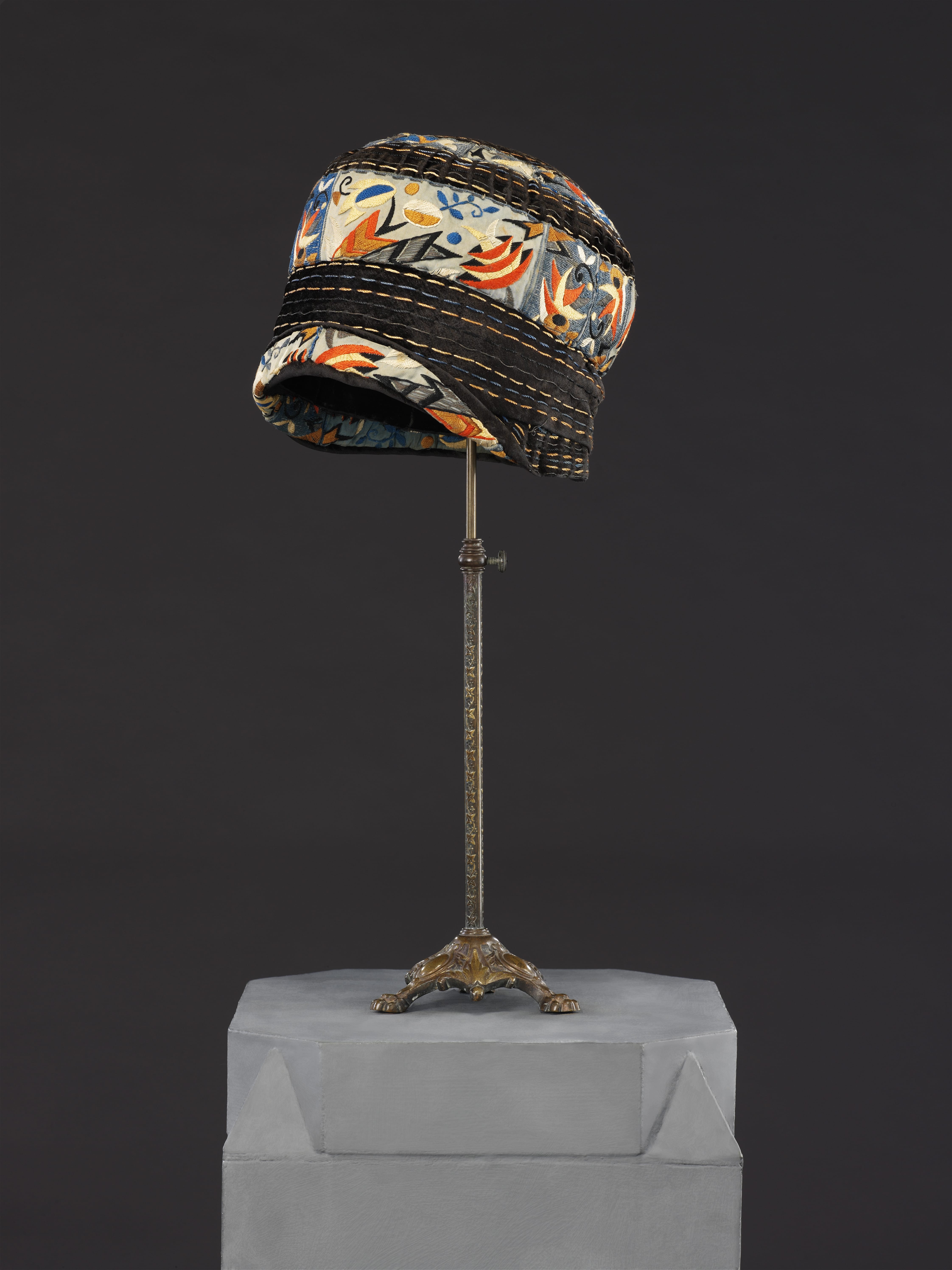 This head hugging hat, with a minimal brim, is composed of broad horizontal bands of black velvet, run with rows of stitching in various colours, and light grey silk (faded over time from blue) embroidered with stylised flower in predominantly orange, bright blue, light tan and deep cream. Although this design is more representational than those of the dress and waistcoat shown in Related Items, it shares the same characteristics of flattened planes, strong diagonal and arched lines and shapes, and hot colours that, influenced by art movements of the previous decade, display the restless energy of the Jazz Age. The French artist Fernand Léger’s series of paintings Contrast of Forms, 1913-14, for example, demonstrates a similar preponderance of sizzling oranges and strong blues, and vibrant placing of the visual elements, as can be seen here. A hat like this would have been fashionable for informal occasions such as spectator sports and motoring.

See one of Léger’s Contrast of Forms paintings at Fondation Beyeler.