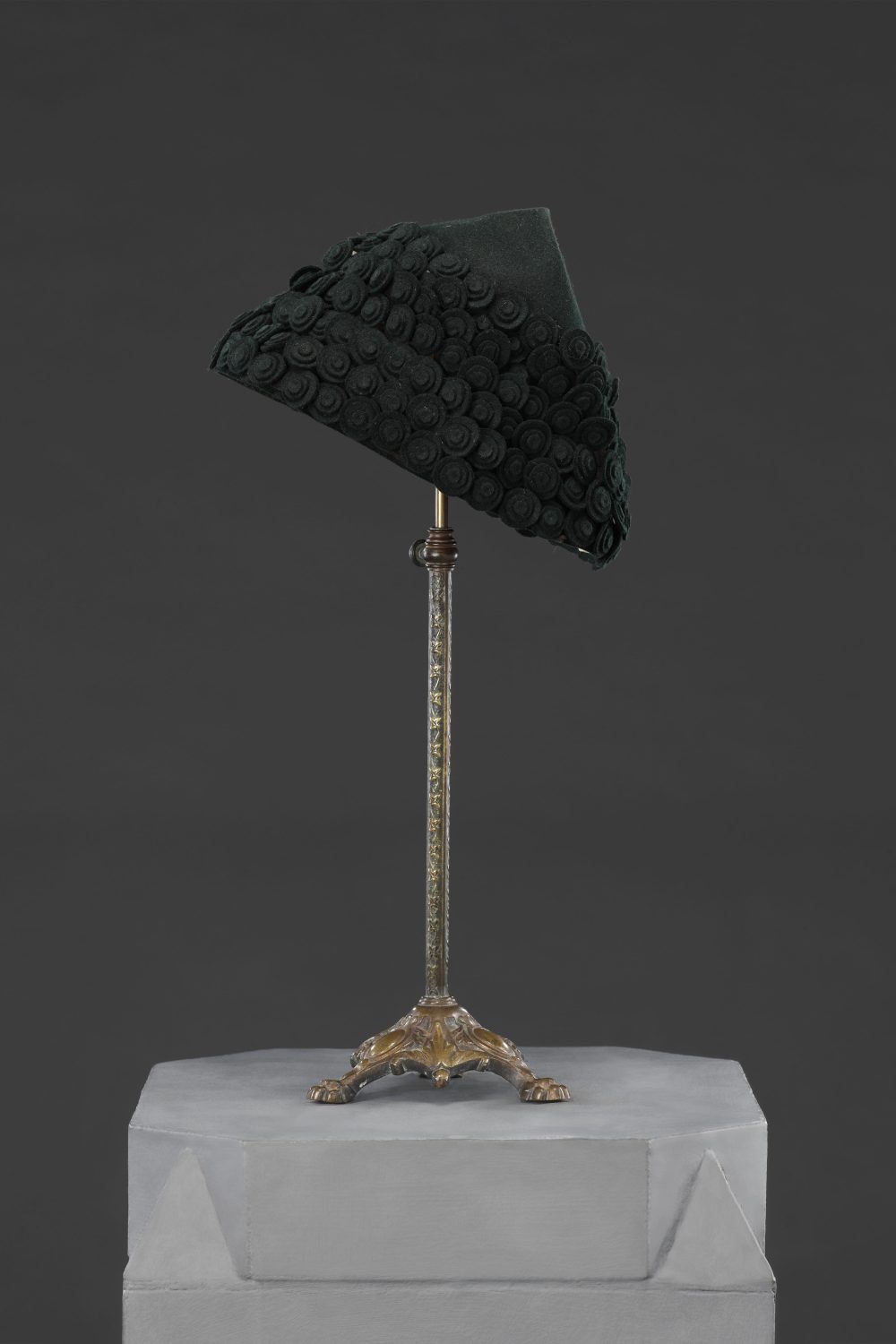 After a number of years in which fashionable headwear was dominated by styles covering the head and part of the face with deep crowns and downturned brims, hats appeared to be retreating in size and shape by the early 1930s. Typical examples had small shallow crowns and narrow brims made from felts or fine straws and were positioned on the head with a slight downwards tilt to the right side of the front. Broad-brimmed hats were generally limited to formal day time events like weddings. Quirkier shapes, such as this small conical style, can also be seen in fashion plates and photographs throughout the decade.

The hat is made of very dark green felt; the top has a centre back seam and is indented to form a central peak; its broad border is composed of seven rows of three-layered felt circles attached to a black gauze ground shaped to the head. Though clearly a fashionable hat (its label stylishly art deco in design, see Additional Images) it is likely to have been intended as casual wear, and, like the popular contemporary berets, was soft and unstructured enough to be rolled up and put in a suitcase without detriment.