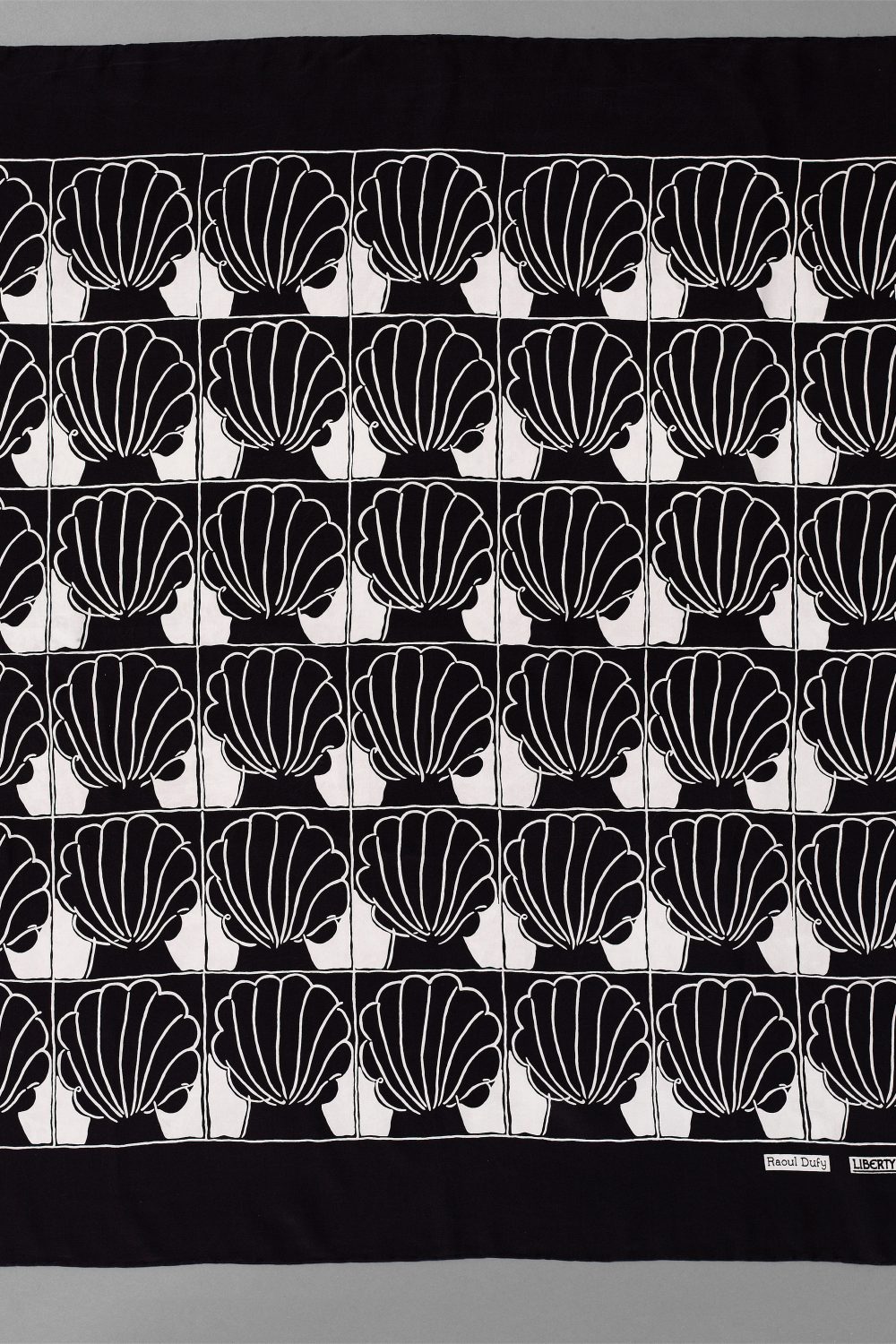 The design of this scarf, by the artist Raoul Dufy, was acquired and used by Liberty of London in the late 1970s. It was originally block-printed by the Lyons textile company Bianchini-Férier, and used by the couturier Paul Poiret who had been instrumental in encouraging Dufy to take up textile design. The French actress Elise Fournier was photographed in August 1920 wearing a Poiret outfit which had a skirt of a virtually identical scallop shell pattern.

Dufy was an accomplished wood-engraver with an interest in popular prints and naïve images, which is apparent in the scarf’s bold contrasts and seeming roughness of execution.