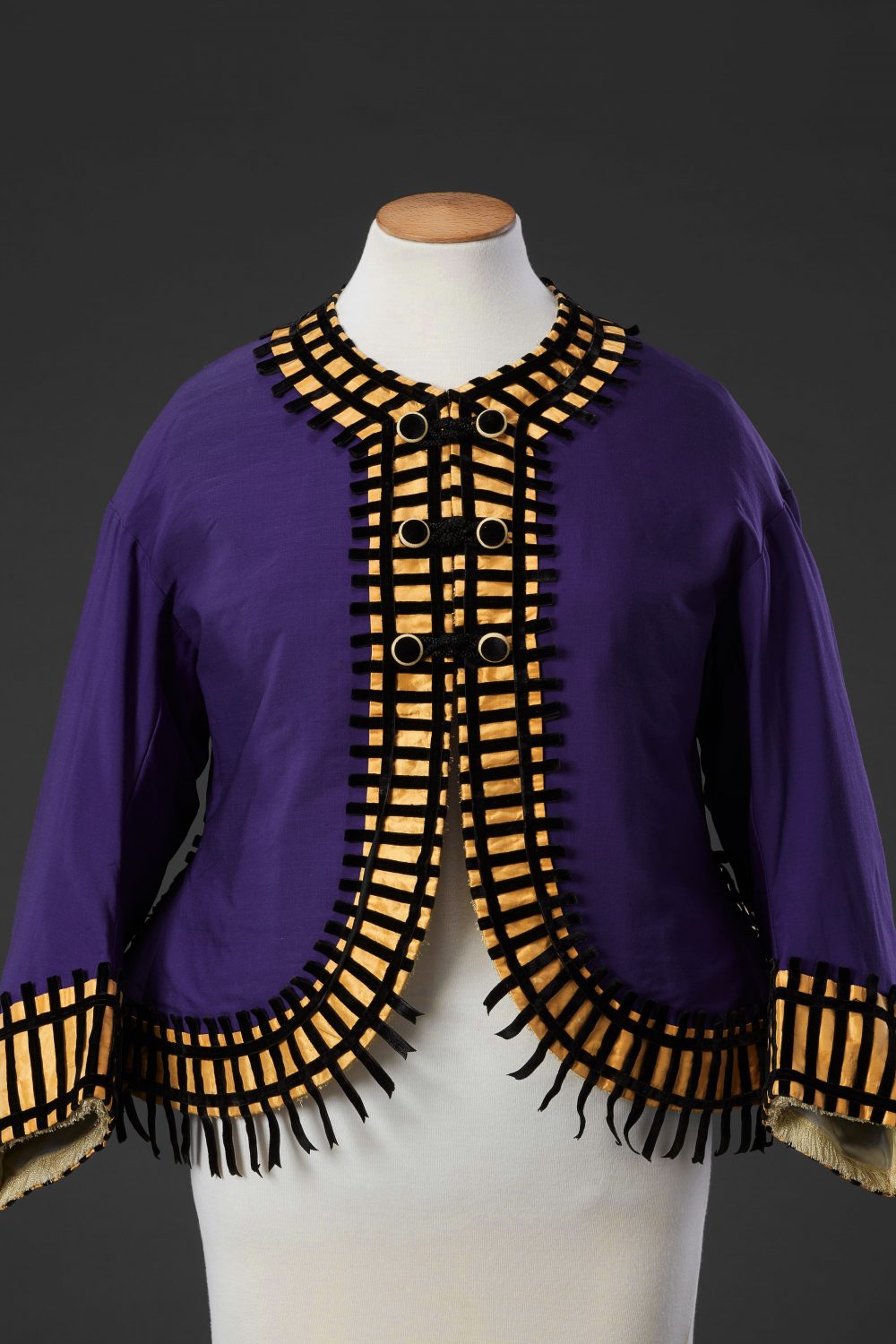 Wool and silk mixture, trimmed with silk and velvet ribbon

A loosely fitted, collarless jacket with an edge to edge front fastening, a rounded front hem, and generous curved sleeves was a ubiquitous outdoor garment during the 1860s. Loose jackets were easy to wear with the full skirts held out by crinoline cages that were then at their widest, though the combination tended to produce the rather bulbous silhouette apparent I many contemporary photographs (See for example, a portrait of the Prince and Princess of Wales of 1862 by Ghémar Frères at the National Portrait Gallery). Evident too in such photographs is the era’s fondness for very bold graphic effects in women’s fashions. This jacket is bordered with broad bands of deep cream silk covered with a starkly contrasting grid of individual strips of narrow black velvet ribbon, the ends of those around the bottom edge each cut in an inverted point.

Far from evident in the era of black and white photography, however, is the preference in the 1860s and 1870s for the intense colours produced by the new synthetic dyes; these included magenta, bright blues, reds and greens, and, most significantly, the mauve shade of this jacket that was the first of these dyes to be discovered, soon establishing itself in the world of fashion from the late 1850s. 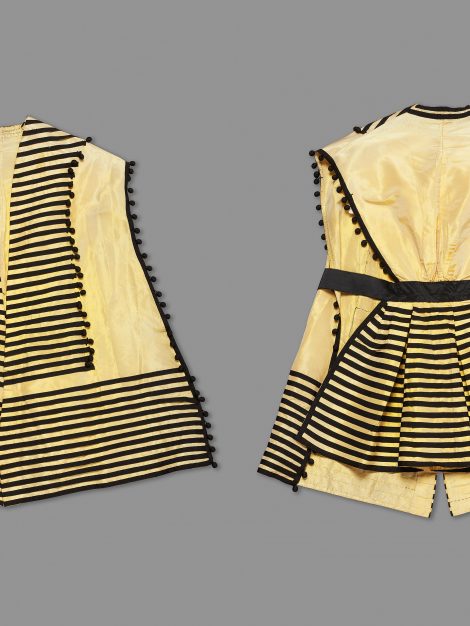