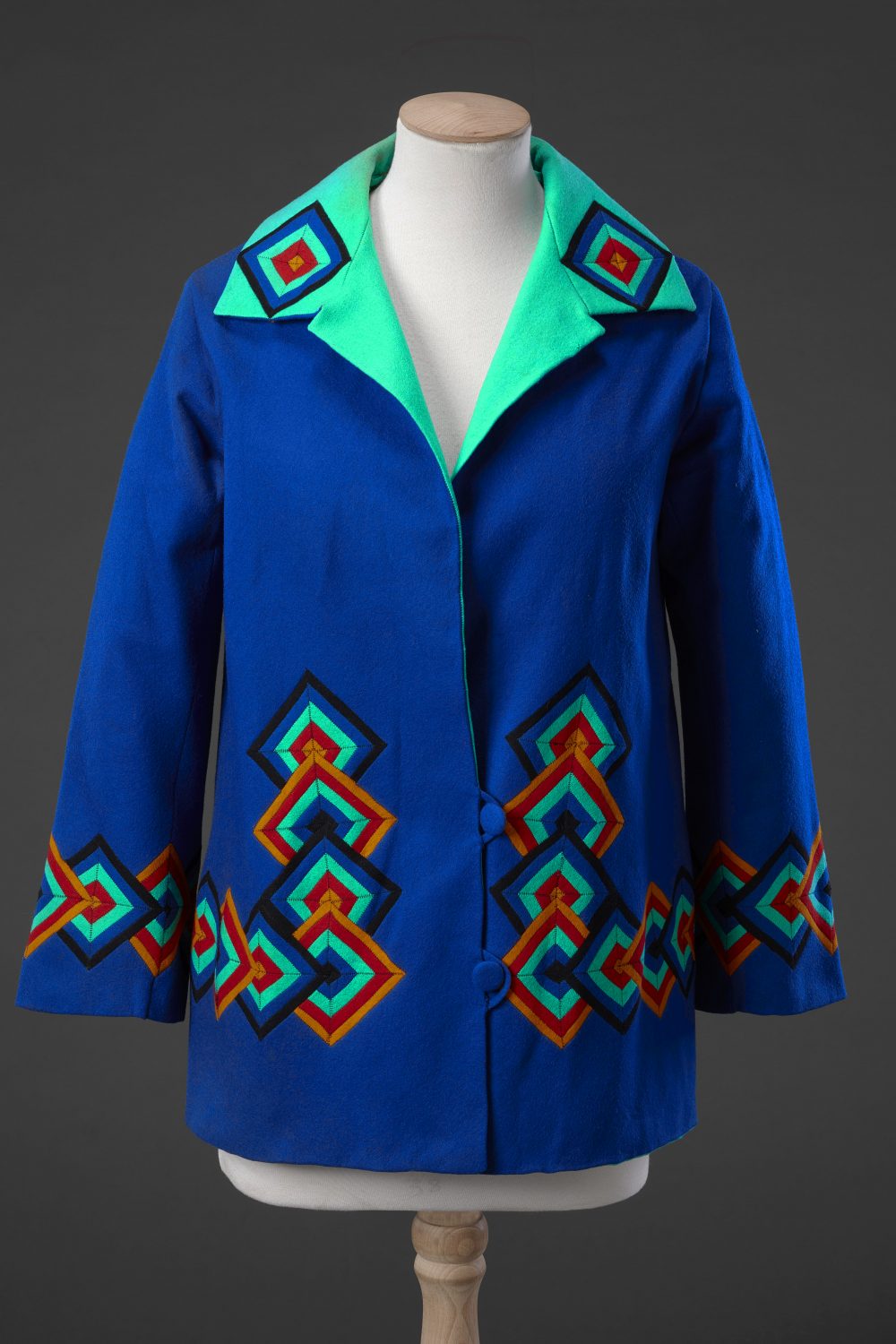 In common with the coat seen as a Related Item, this felted wool jacket shows a predilection for bold geometric pattern in the design of outerwear during the middle to late years of the 1920s, though here it is realised in strong, bright colours in contrast to the muted browns of the coat. Labour intensive craft work, often based on traditional methods, also enjoyed popularity in contemporary fashion. Each of the overlapping motifs on this jacket comprises strips of orange, red, green, blue and black felt sewn together edge to edge and then inserted into the background fabric of vivid dark blue felt. The jacket is lined in bright jade green felt.

It has been suggested that the jacket, which has no label, could have been made by Ars Lenci, an Italian company based in Turin, who from 1919 made felt dolls of the highest quality. In the second half of the 1920s they diversified into women’s and children’s clothing and accessories, translating the skills required for making their dolls into full sized garments. Surviving jackets, hats, and dolls’ clothes are similarly constructed of fine, bright-coloured felt, often with contrasting felt linings and intricately pieced border designs, their hats composed of geometric shapes, joined together to form an overall pattern, as on our jacket. (See a child’s ensemble in the collection of the Grace Museum www.thegracemuseum.org/exhibitions-list/2017/5/9/at-play-childrens-clothing-and-toys , a doll at the Judge’s Lodgings, Lancaster: https://www.wikiwand.com/en/Lenci_doll and a ladies’ beret contributed to the Europeana database by the Peleponesian Folklore Foundation www.europeana.eu/portal/en/record/2048210/2009_6_0965.html?q=ars+lenci#dcId=1580820989444&p=1) 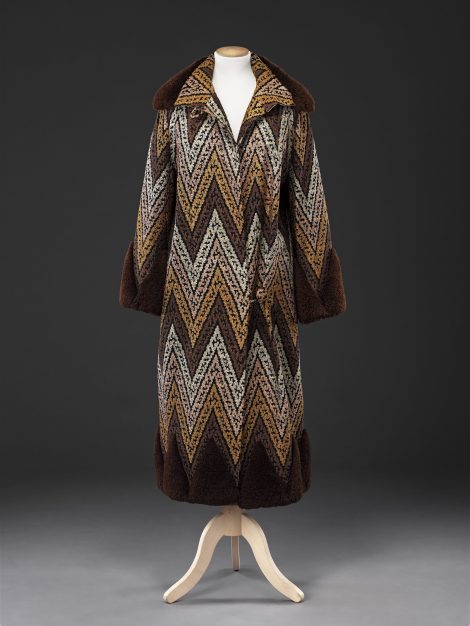