Jacket and Trousers / Jacket with Matching Sash or Scarf 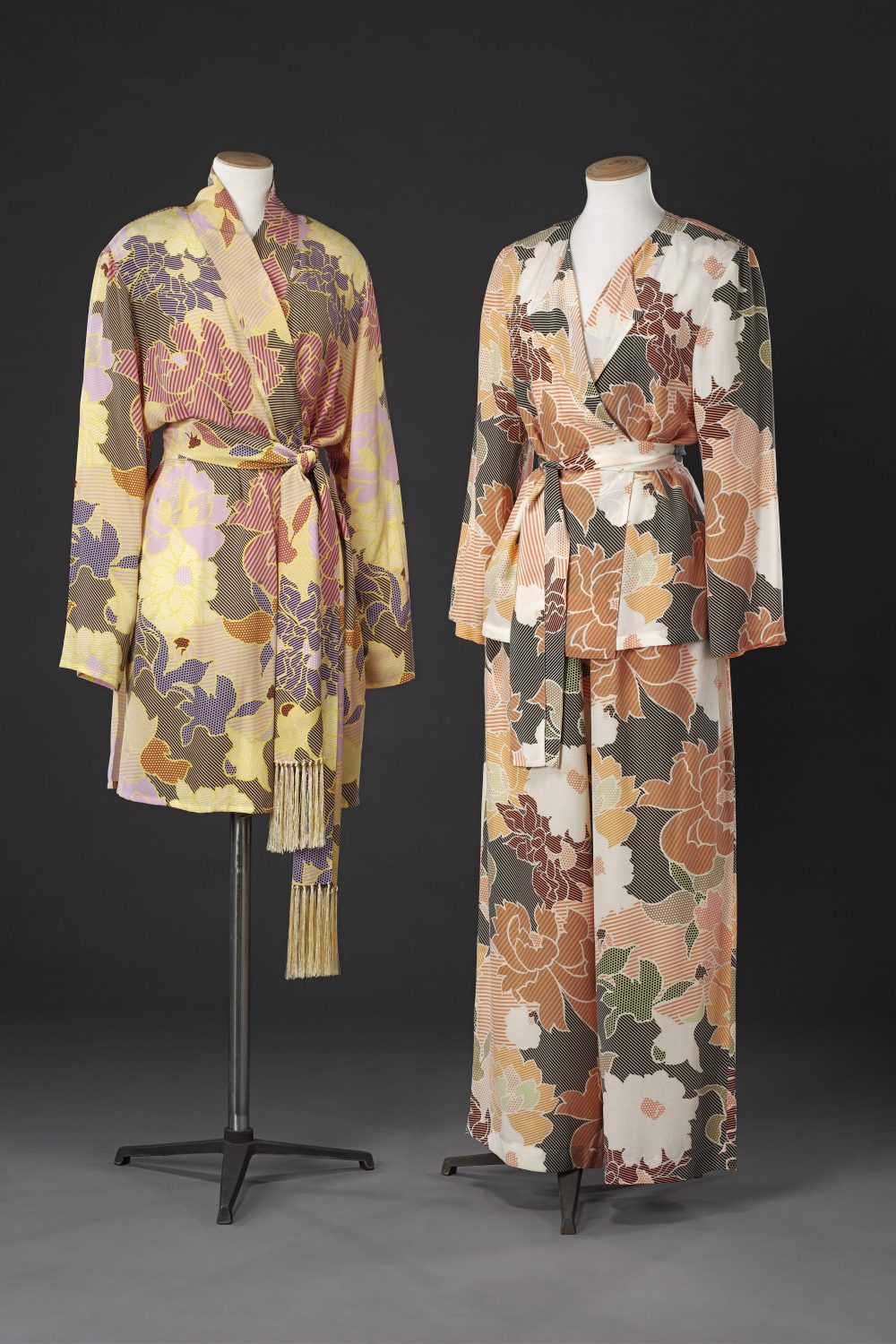 These garments belonged to the late Chilean artist Mariella Phillips who moved to London to marry her British husband, living first in Knightsbridge and then in Chelsea.

Her husband, she said, gave her a generous clothing allowance which she took much pleasure in spending. One of her favourite designers was Jean Muir, whose jacket/ trouser/ skirt ensembles were both comfortable and elegant. Phillips owned a number of such outfits in plain wool crepe, in typical Muir shades of green, navy, mauve and black, some of which now belong to the John Bright Collection. Less characteristic are these garments of printed crepe de chine in two colourways; Muir used both commissioned and commercially available patterned fabrics, and as Sinty Stemp, who worked for Jean Muir, says in her book Jean Muir: Beyond Fashion, ‘her reputation was for plain sober colours, but when she broke out into print, the effect was eye catching and inspirational’. 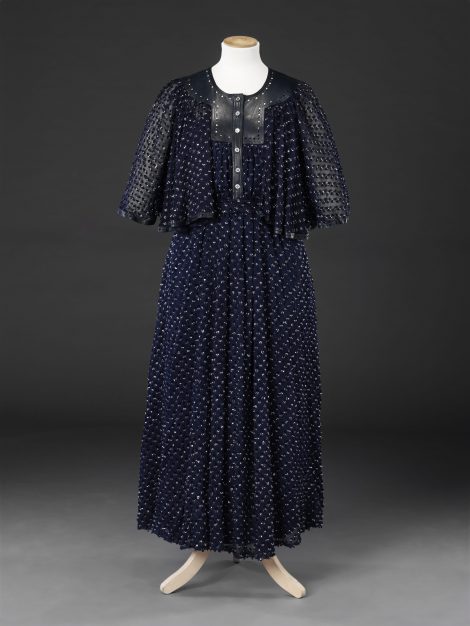 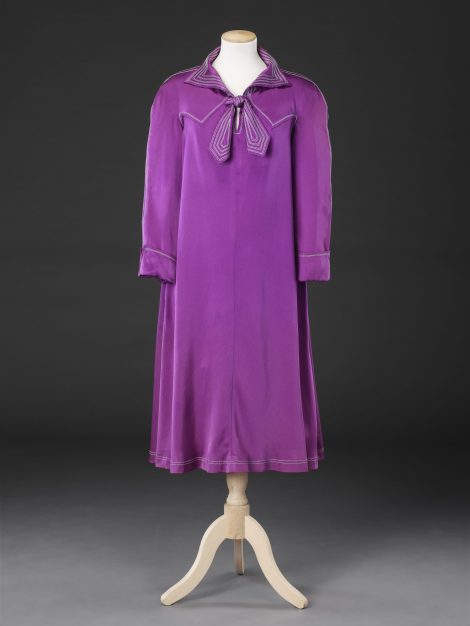