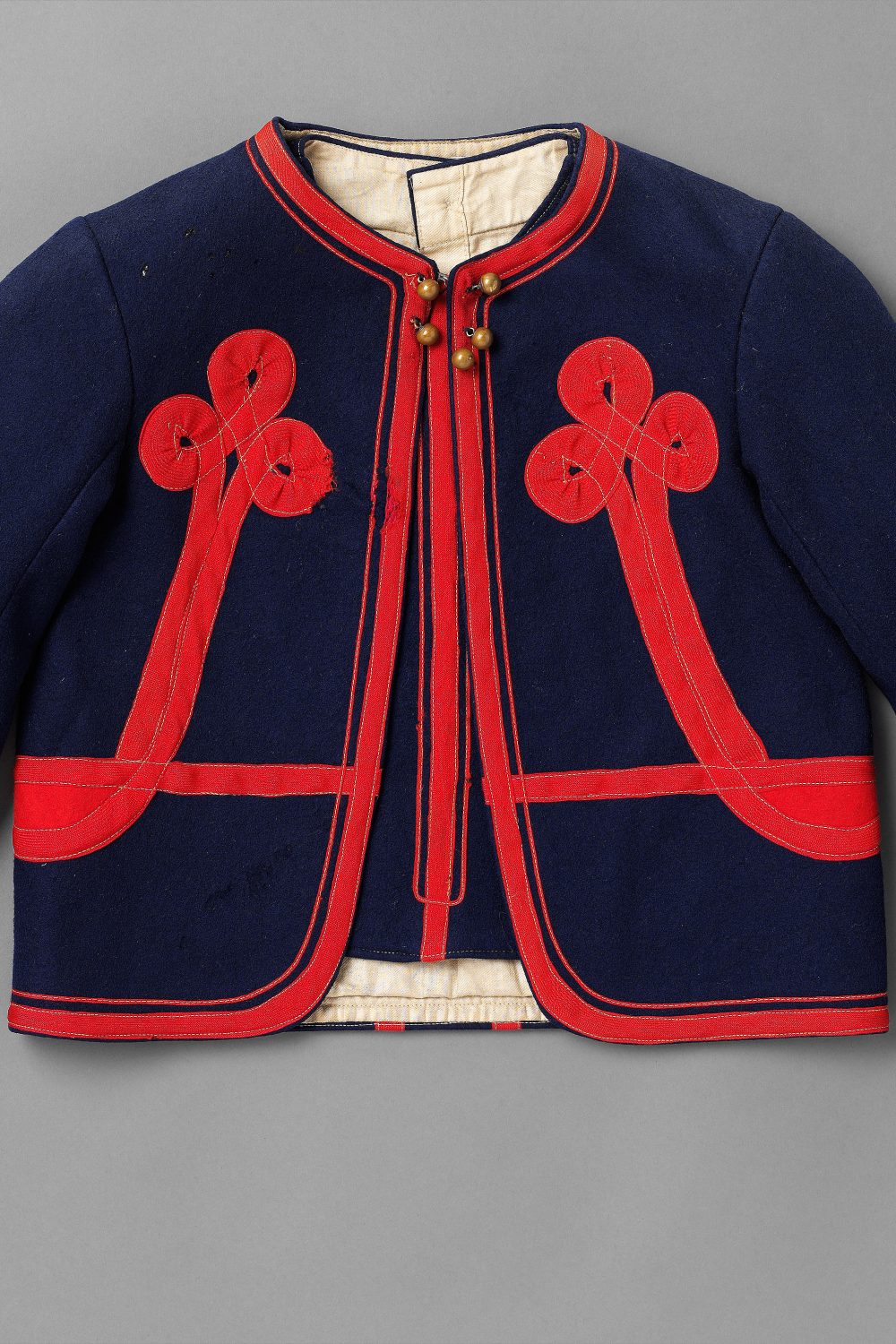 In their transition from infancy to adulthood small boys were dressed, during their early years, in short dresses that  were similar, though not necessarily identical, to those of little girls. At some time around the ages of three to five years, boys advanced to small suits that comprised, in the 1860s, short jackets, frequently with curved front borders fastening at the neck, waistcoats or underbodices, and short trousers that hung straight or were gathered into the knees. This jacket and underbodice are very closely based upon uniforms of the Zouaves, North African infantry regiments of the French Army, who wore navy jackets and bodices with bright red trimmings and very full short red trousers. Their distinctive appearance influenced fashionable ‘Zouave’ jackets worn by women and children, and the military uniforms of other nations, including those of soldiers fighting in the American Civil War.