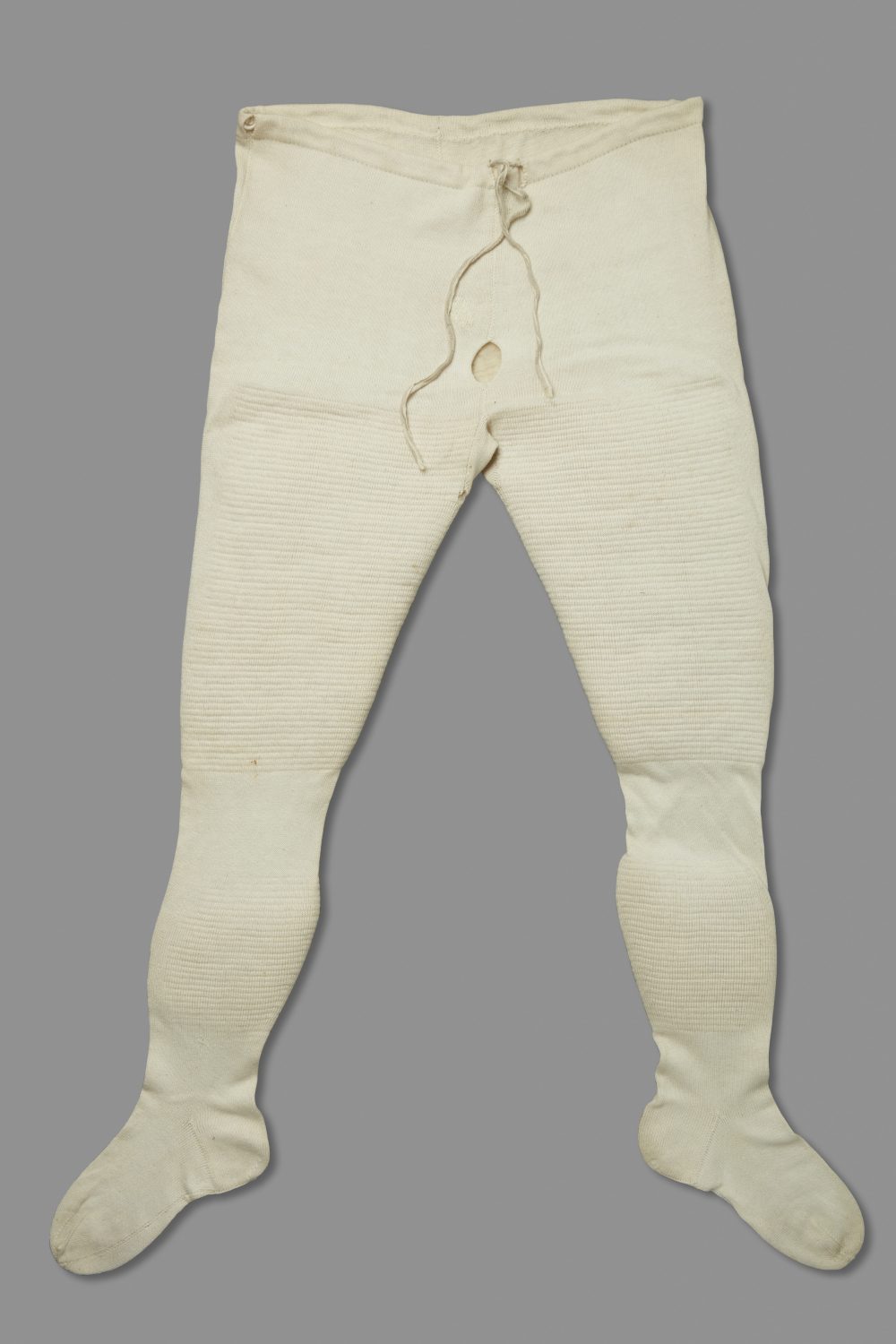 In common with many surviving items of clothing, the purpose and date of these two pairs of men’s footed leggings remain speculative. The loose-fitting pair of fine white cotton (see Related Item) is marked in laundry pen with the owner’s name ‘John Hamilton’ who may have had a skin complaint or allergy, wearing leggings to protect his legs from the fabric of his trousers. This second, machine knitted, pair incorporates areas of unspun wool fleece into the knitted fabric, lining the front and back of the calves and thighs and extending upwards over the buttocks at the back, forming a ridged appearance on the outer side. This produced a very warm undergarment that would have been suitable for a man working outside in cold weather.

Regardless of warmth, wool was considered the healthiest fibre to be worn next to the skin by dress reformers, most notably Dr Gustav Jaeger of Stuttgart University who developed his Sanitary Woollen System from the 1870s. Exclusive rights to use his system was acquired in 1884 by its admirer Lewis Tomalin, whose wool underwear and nightwear was to become available throughout the United Kingdom under the Jaeger name. A catalogue of 1890 can be found in the Wellcome Collection Library.

Unspun wool is also said to have been used in the late 18th Century by some fashionable young men to pad out their calves underneath their stockings, in the hope of improving the shape of their legs beneath their breeches. 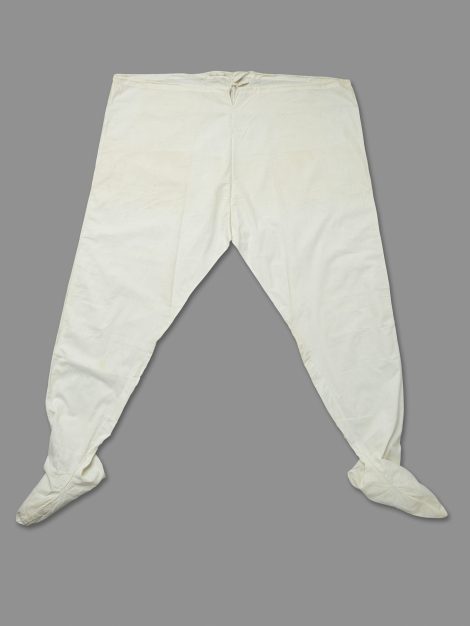